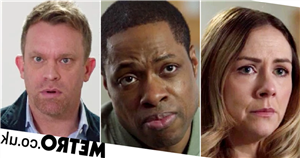 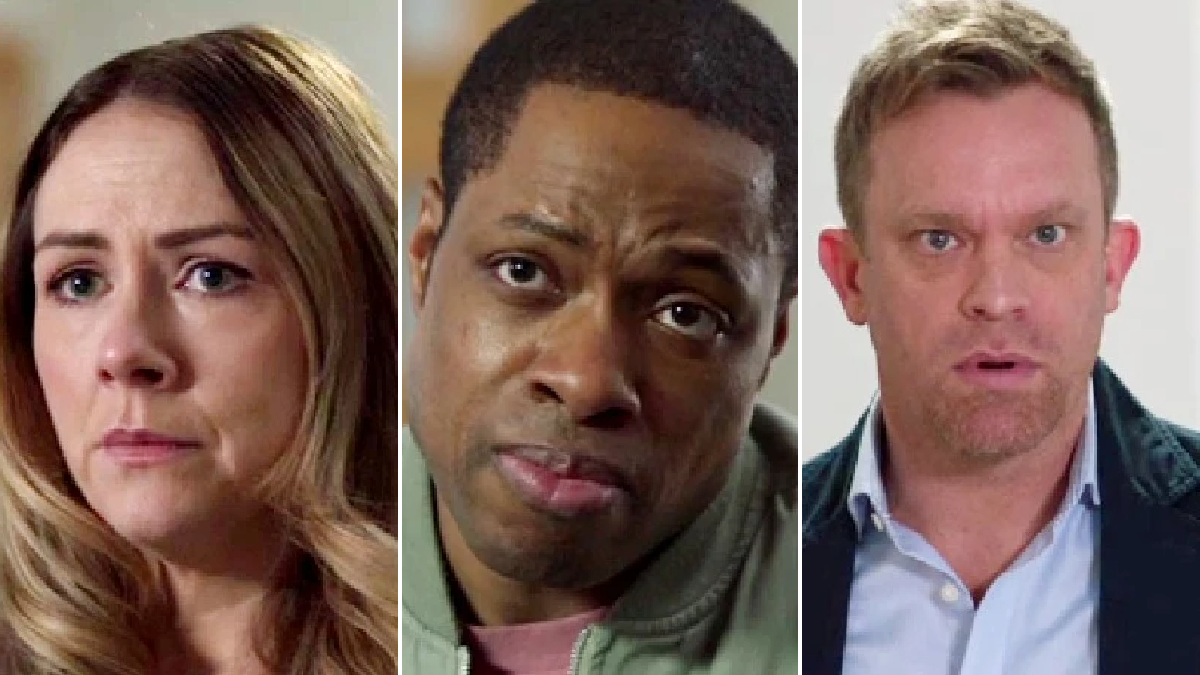 In a somewhat unexpected twist, Matthew Afolami (Osi Okerafor) left Casualty at the end of this episode, after finally coming clean about the PTSD that he’s been suffering from.

The reason his departure was unexpected was that it looked like it was Stevie Nash (Elinor Lawless) who was headed for the exit door after Matthew reported her for sexual harassment. She then did herself absolutely no favours in the tribunal to decide whether she would keep her job or not, by being rude and belligerent to the head of the panel.

Matthew, meanwhile, had just performed heroics by rescuing a mother and baby from a burning building. These people’s names were immediately entered into the book where he keeps a tally of the lives he’s saved versus the lives that were lost when he was a field doctor in Africa. This whole concept of trying to atone for the people who died in an ambush has been central to the way he’s misguidedly tried to deal with his own lingering feelings of fear, guilt and horror following the incident.

At heart both Stevie and Matthew are good people. Yes, I just said that Stevie is a good person, even though I haven’t forgotten her vendetta against Ethan Hardy (George Rainsford). She might not be everyone’s cup of tea attitude-wise and, as Dylan (William Beck) pointed out, she has quite a gaping hole where compassion should be, but she’s a good doctor, a loyal friend and can be kind. She’s just a little… difficult sometimes.

As for Matthew, he’s also a good doctor and certainly doesn’t lack compassion or empathy, but he really needs some help to deal with his trauma issues. It was good that Dylan said he was confident that he would be fine with some help and he’s left the door open should Matthew ever decide to return.

Meanwhile there was heartbreak for Adi (Raj Bajaj) and Jessica (Maya Saroya) when they were told that their baby had died. Adi talked to Marty (Shaheen Jafargholi) about what having a child meant to him, and Marty held his hand in a gesture of quiet support. So it looks like there might be a future for the two of them.

Might there also be a future for Rash (Neet Mohan) and Dr Paige Allcott (Shalisha James-Davis)? He goes all silly and tongue-tied around her, but she doesn’t seem to have noticed. It’s about time Rash had a bit of romance in his life, so it would be nice if that turned into a thing.

Though of course this being Casualty, as soon as it turns into a thing and everyone is happy, disaster is bound to follow.