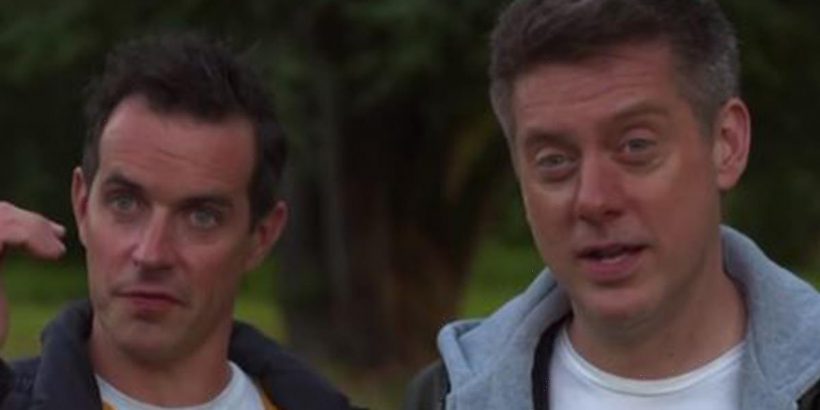 Adding a few more years onto their once youthful appearance, the comical duo have rarely been seen since appearing on various children's shows – until now.

On Sunday night, E4's brand new series of Coach Trip returned with a Halloween twist, with the duo – best known for hosting Dick and Dom in Da Bungalow – appearing on the television screens once again.

Seeing the lovable twosome back on TV certainly had viewers excited, too, as hundreds took to Twitter to share their views on their long-awaited appearance.

One fan quickly exclaimed: “Dick and Dom in Da Coach more like!”

Someone else echoed their excitement, adding: “Dick and Dom are on Coach Trip – I’m screaming!”

While a third happy viewer penned: “Just wanted to say that I’m watching Celebrity Ghost Trip solely for Dick and Dom. That’s it. That’s the tweet.”

Some fans were also hoping the pair played their popular game ‘bogeys’ and screamed the world out while on the show.

In the build-up to Halloween, the five-part series will see tour guide Brendan Sheerin travel to various parts of the UK to visit some of the spookiest locations imaginable.

As well as Dick and Dom, the other celebrity pairings that will take part in the series are Kerry Katona, Lily McFadden, Sian Gabbidon, Graft, David Potts, Callum Izzard, Chloe Veitch and Nicole O’Brien.

Once the celebs finish visiting Alnwick, they will stay in the northeast for day two, where they will be taking part in a potion-making class.

Speaking more about the new show, coach guide Brendan said: "I am over the moon that Coach Trip is back and I wait to dust off my clipboard once again!

“It’s a whole new take on the format of the show and I am really looking forward to exploring the UK and seeing a few celebrities step outside of their comfort zone.”

Celebrity Ghost Trip will return to screens on Monday, 24 October, at 10pm on E4.