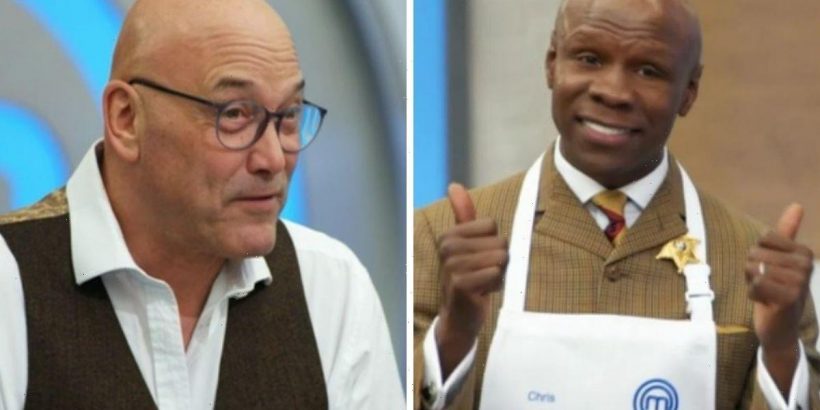 After the opening task of the show, celebrities Cliff Parisi, Chris Eubank, Gareth Malone, Mel Blatt and Queen Mojo’s dishes all received rave responses from judges Gregg Wallace and John Torode. The former commented that the start of the BBC show was “as good as any seen before” on Celebrity MasterChef.

After they’d completed the initial task, Gregg breamed at the contestants and stated: “This is as good a start as I can ever remember on Celebrity MasterChef.”

The celebrities cheered at the high praise and John provided some relief when he explained: “We are going to let you go and have a rest.”

After the contestants had left the room, the judges reflected on the quality of the competition.

“What a round!” John announced. “That’s fantastic! We had cheesecakes, Tarte Tatinis, we had curries and we even had somebody poach a butternut squash.”

“They got off to a great start,” Gregg agreed. “I think we can just stand back here and watch them battle it out, it’s going to be fantastic.” 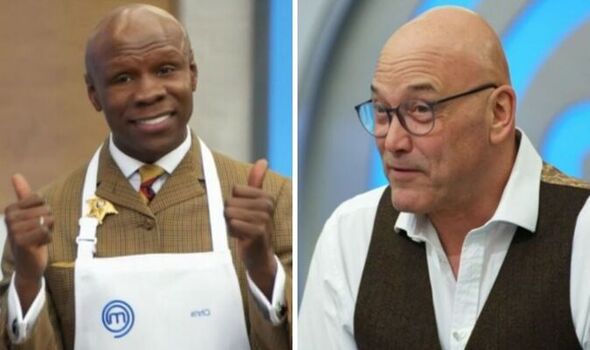 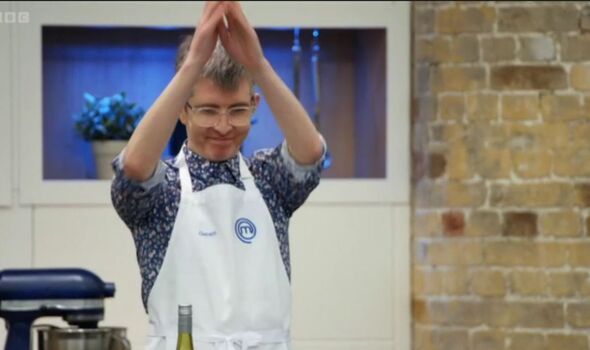 The group’s first task had been to create a dish using mainly the one ingredient which they had been given.

Gregg piled on the pressure when he explained: “Honestly, we want you to cook well, for a very, very good reason – me and my friend John have to eat what you cook.”

“This first task we call under the cloche,” John added. “And under that cloche, there is an ingredient.

“What we’d like you to do with your ingredient is make a dish.” 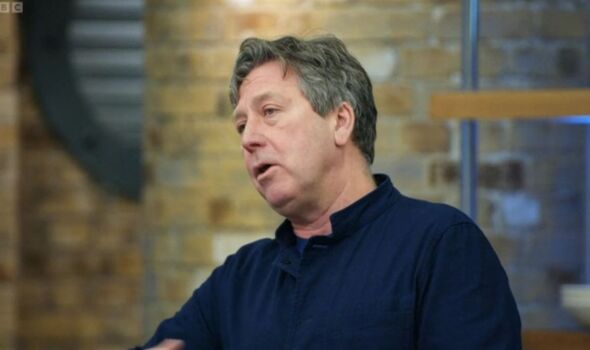 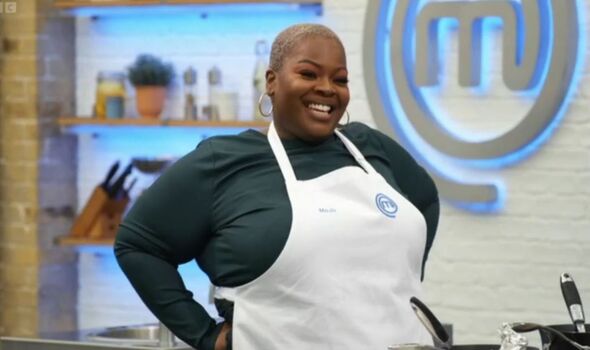 First up to present their dish was boxing legend, Chris Eubank. His ingredient was butternut squash, which he poached and served with onions, garlic, rosemary, and thyme.

“I think it’s a really bold statement,” Gregg commented. He added the dish was “beautifully flavoured” but requested more cooking for the next.

John agreed it needed more but remarked: “You’re not frightened of flavour or a statement.”

Call the Midwife and former EastEnders star Cliff used his ingredient of plums to make Tarte Tatinis, served with whipped cream, pistachio and an amaretti crumb.

Gregg stated he was “impressed” at Cliff’s ambition, adding: “You’ve almost got like a stewed plum here with a little bit of cinnamon sweetness and a little bit of star anise aniseed.

All Saints singer Mel had been given chocolate, which she used to make a chocolate and peanut butter cheesecake with a ginger biscuit base topped with chocolate sauce and hazelnuts.

“That is a chocolate and peanut butter delight,” Gregg beamed as he sampled the dessert.

Gareth panfried his chicken ingredient and served it with parsnip mash, butter leeks and white wine sage and onion sauce.

Gregg commented it was “cooked well” but said: “The skin could be crispier, but you’re a crispy skin away from perfect.”

“I haven’t got a complaint, Gareth,” John remarked as he admired the dish.

Mojo used her prawns to create a curry flavoured with fennel seeds, cardamon, turmeric and chilli, served on white rice.

John labelled the dish as “Lovely, tender and soft,” while Gregg added: “The flavour is great in the sauce, creamy, sweet – I really like that, I’m impressed with you Mojo!”

Although the first round broke records for the programme, the show had to go on.

Sadly, one famous face had to be eliminated, and during the final task, Mojo undercooked her prawns and was sent packing.

Celebrity MasterChef continues on Tuesday at 8pm on BBC One.