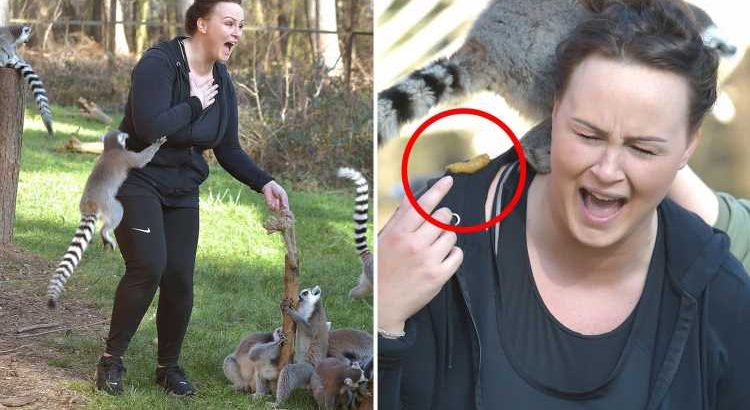 CHANELLE Hayes screamed in horror when a lemur did a poo on her shoulder during a family trip to a Doncaster zoo.

Clearly, the former Big Brother star is not popular in the animal kingdom – because moments earlier another lemur launched a flying attack at her. 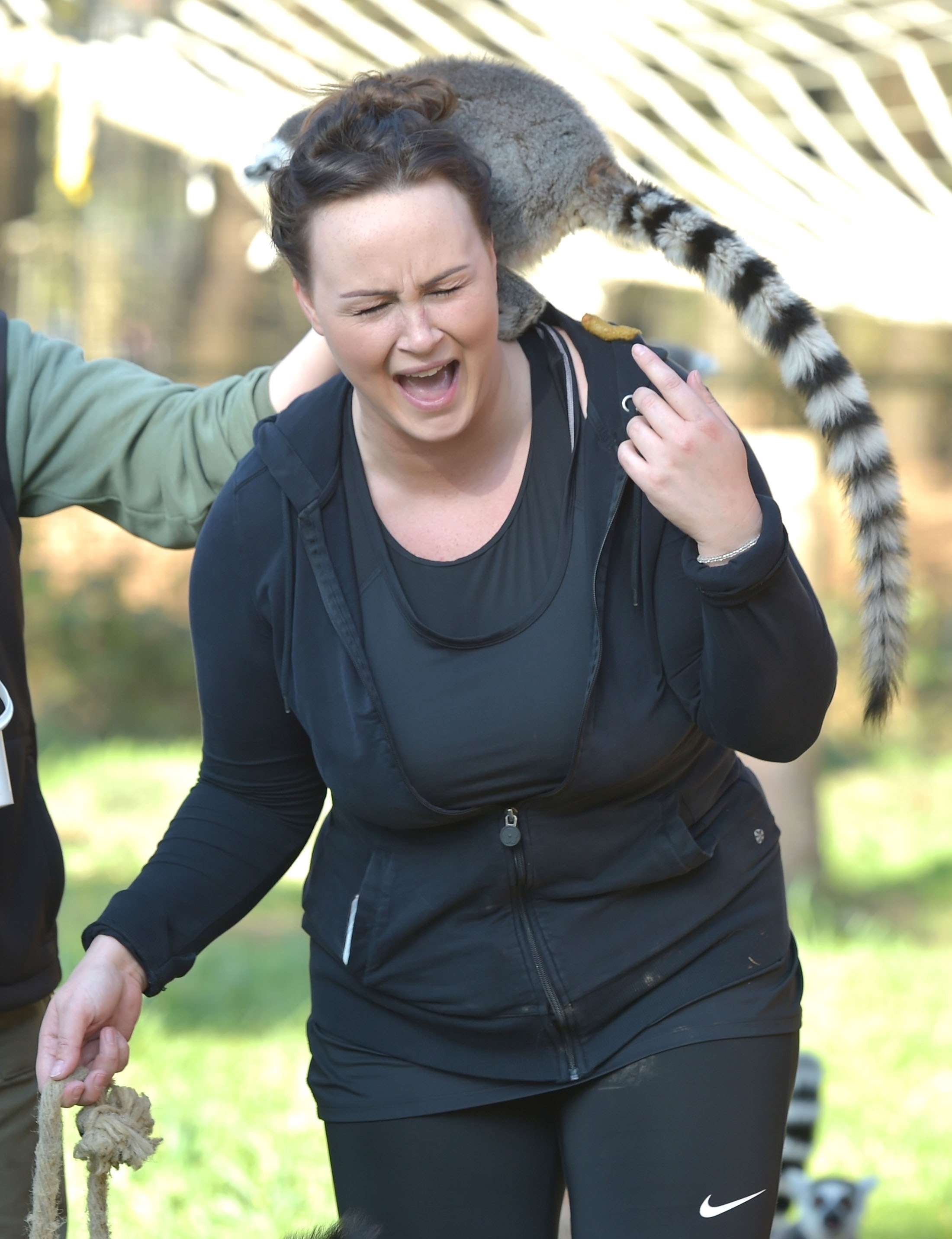 The 31-year-old was trying to enjoy a family day out with children Blakely, eight, and Frankie, one, at Yorkshire Wildlife Park when the primates made their feelings towards her very clear.

First, one of the stripy-tailed beasts leapt up at her side with both claws, leaving her yelling and clutching her chest with shock.

Then another climbed onto her back – before using her left shoulder as a makeshift toilet.

Our pictures show a zookeeper coming to Chanelle's rescue, removing the primate before it can do any more damage to her tracksuit. 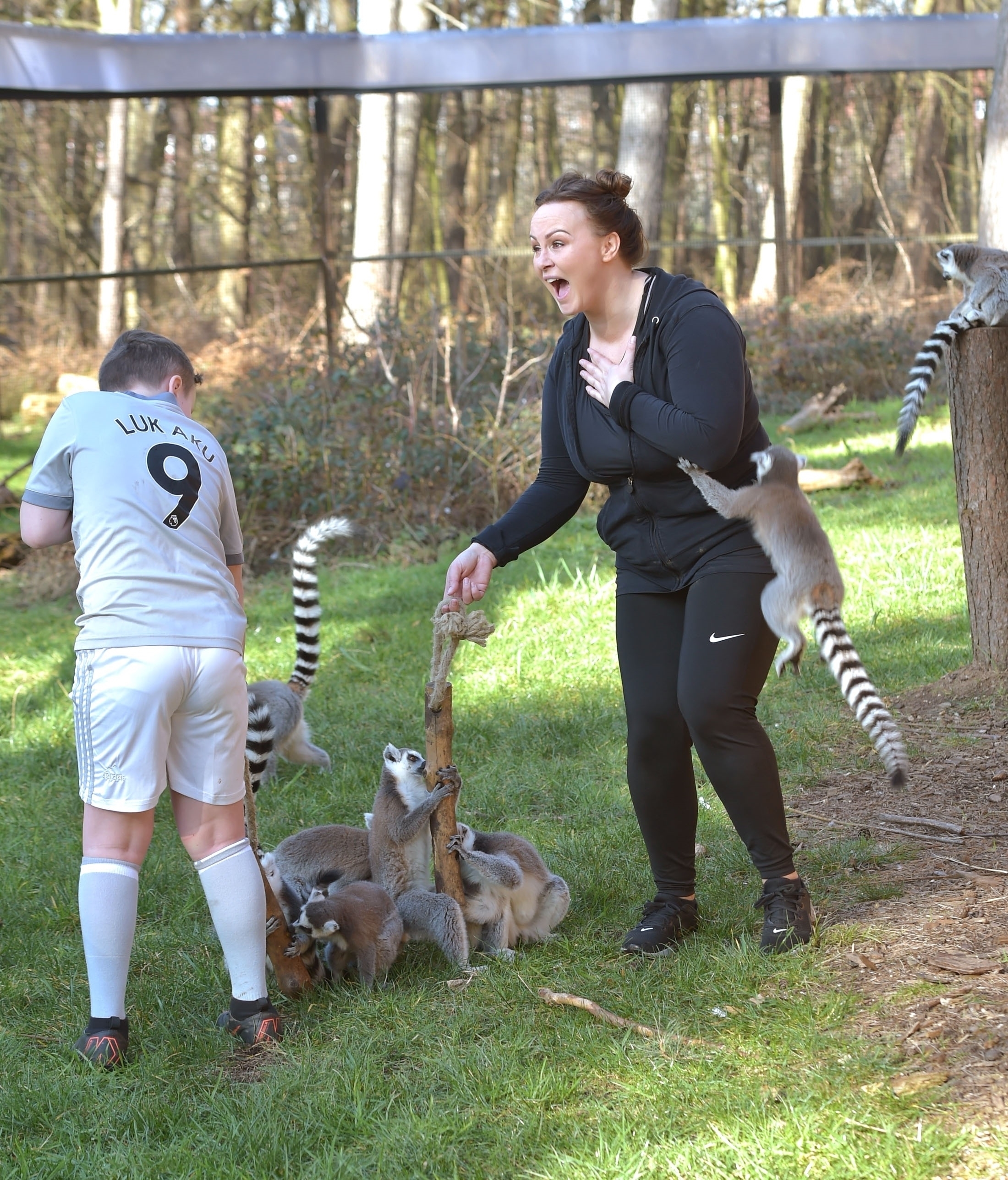 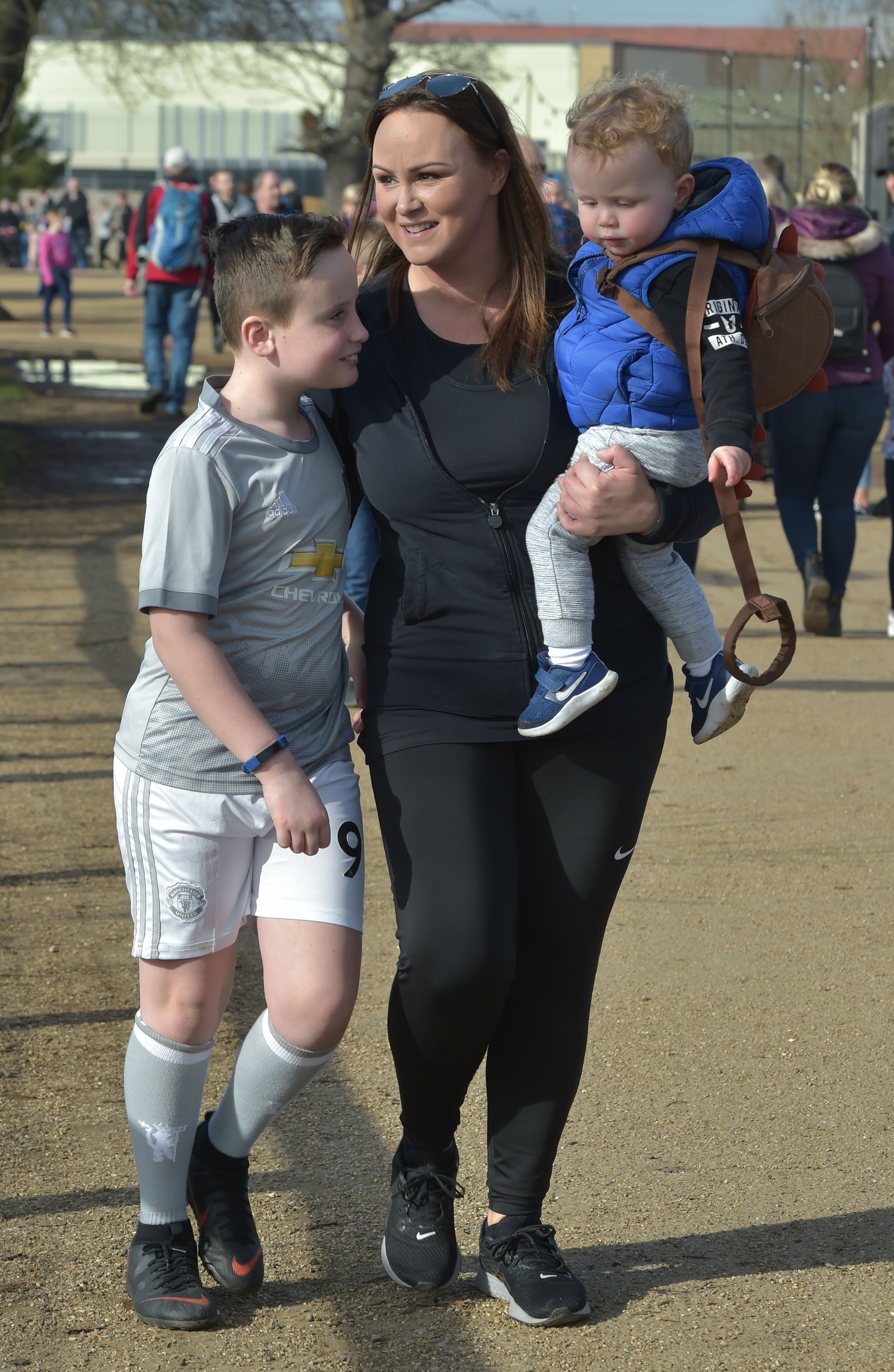 Away from the terrifying lemur enclosure, the family also got to see polar bears, Amur tigers and leopards, giraffes.

Chanelle and her family have recently returned from a trip to Spain, where they were seen whooshing around on the waterslides.

She soaked up the sun in a blue bikini – while sporting some very painful-looking sunburn as she played with her sons, who she shares with ex Ryan Oates.

Chanelle recently spoke about her regret at not getting "skinny like Cheryl" when she split from Ryan. 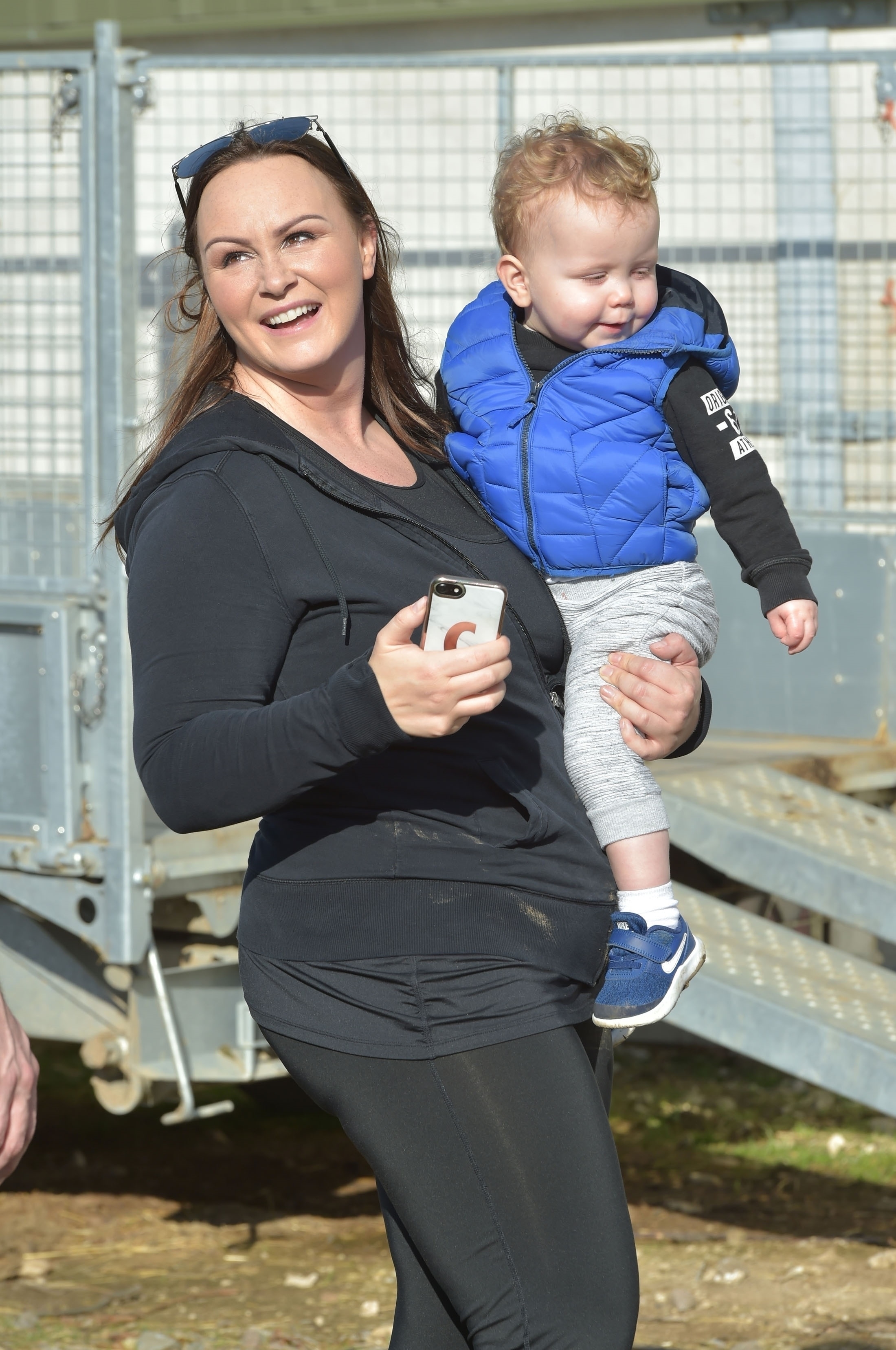 The 31-year-old appeared on This Morning after bikini pictures, taken prior to her two stone weight loss, emerged – leading to her being inundated with nasty remarks about her figure.

She said: "I've always had such a horrific relationship with food and my emotions, even when I was a size 4-6 I would still eat so healthily.

"Most people like Cheryl when they break up get so skinny, but then when I'm celebrating I'm thinking: 'Oh my God, yay let's go out for food.'"