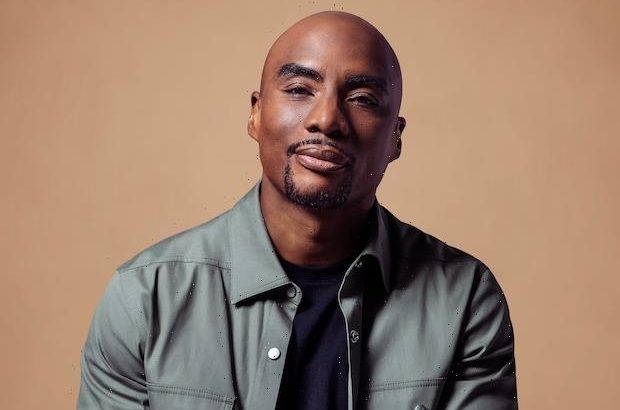 The Breakfast Club personality will headline Tha God’s Honest Truth With Lenard “Charlamagne” McKelvey, from executive producer Stephen Colbert. Premiering Friday, Sept. 17 (at 10/9c), the weekly, half-hour series will feature McKelvey’s “culturally fluent take on social issues in a variety of deep dives, sketches and social experiments that deftly unpack the most pressing topics permeating politics and culture,” according to the official logline. “Redemptively comedic, refreshingly unfiltered and unapologetically Black, nothing is off limits.” Rachael Edwards (Wild ‘N Out) will serve as showrunner.

Tha God’s Honest Truth, which was first put into development last July, marks Colbert’s return to Comedy Central, following stints as both a Daily Show correspondent and host of the long-running Colbert Report, which ended in 2014. Colbert’s behind-the-scenes homecoming was first teased in a cryptic teaser Monday which saw the Late Show host drive down a deserted road in his home state of South Carolina (watch here). A second teaser, which was released Wednesday, featured both Colbert and fellow Palmetto state native McKelvey.

“For too long, the town of Moncks Corner, South Carolina has been underrepresented in late night,” Colbert said in a statement. “I look forward to all the ways in which the fearless, peerless Charlamagne is going to change the game.”

Added Chris McCarthy, President and CEO of MTV Entertainment Group: “Charlamagne is one of the most culturally significant voices of our time. His thought provoking and uninhibited observations both get under peoples skin and open their minds which is why we are thrilled to be doing this show with him and equally thrilled to welcome back the Dean of Late Night to Comedy Central, Mr. Stephen Colbert.”

In addition to The Breakfast Club, McKelvey was previously a cast member on MTV2’s Guy Code and served as host of Charlamagne & Friends and Uncommon Sense — both of which were greenlit by McCarthy when he ran MTV2. Comedy Central also notes that McKelvey and Colbert have a long-standing relationship; McKelvey has appeared as a guest on CBS’ Late Show eight times over the last five years.

“This is one of those moments where I can show you better than I can tell you,” McKelvey said Wednesday. “This is the third talk show Chris McCarthy has done with me and those shows prepared me for this opportunity. My South Carolina brethren Stephen Colbert is the ultimate cosign in the late night space and he wouldn’t cosign no bulls–t! We are going to win an Emmy next year for best lighting direction I can feel it!!!”

McKelvey joins a crowded late-night field, which includes Jimmy Kimmel Live! (on ABC); the upcoming The Problem With Jon Stewart (on Apple TV+); Watch What Happens Live! With Andy Cohen (on Bravo); the soon-to-be-revamped Daily Show With Trevor Noah (on Comedy Central); Real Time With Bill Maher and Last Week Tonight With John Oliver (on HBO); The Late Show With Stephen Colbert and The Late Late Show With James Corden (on CBS); The Tonight Show Starring Jimmy Fallon and Late Night With Seth Meyers (on NBC); Desus & Mero (on Showtime); and Full Frontal With Samantha Bee (on TBS).

Will you check out Tha God’s Honest Truth this fall? And what late-night series are you keeping up with these days?