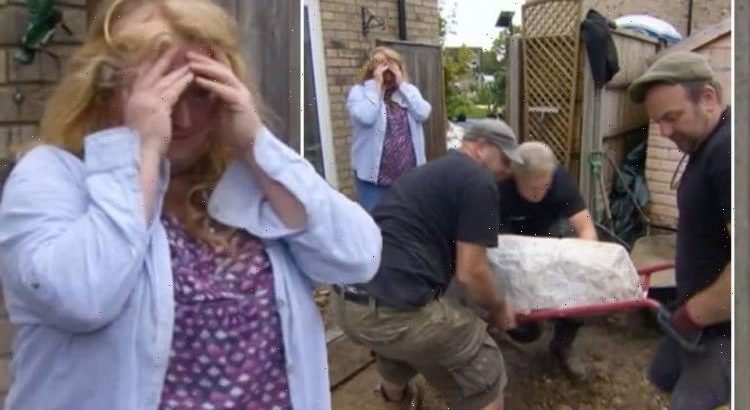 In scenes that aired on Wednesday night, BBC presenter Charlie Dimmock and her team, brothers Harry and David Rich, helped one guest to pay a tribute to her late husband with a new garden transformation. Maureen wanted her new garden to be a reminder of her and her late husband, Graham’s life together. With a budget of £3,000, the Garden Rescue host had the task of transforming Maureen’s garden into a Moroccan Cordoba-style courtyard, inspired by the couple’s travels. However, as they carried out the work, Charlie was forced to cover her eyes as she watched her team trying not to drop two very expensive boulders.

The team were hit with a hurdle before they had even begun the transformation, as Maureen explained her garden was very small and they didn’t have much to work with.

“To me, it’s just a lump of patio and a lump of grass,” Maureen began. “The garden is boring.

“I want something that is going to make me want to open the doors and get out there and just enjoy it.”

Before her husband passed away, The Garden Rescue guest said they lived a happy life in Spain. 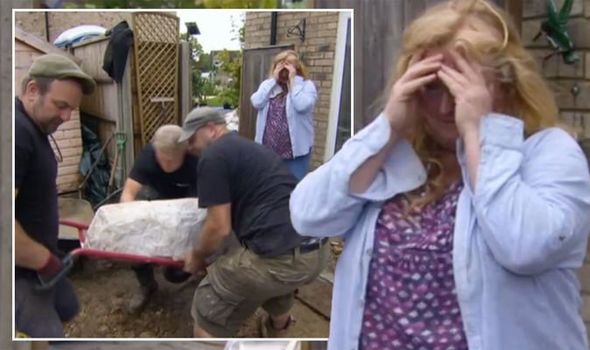 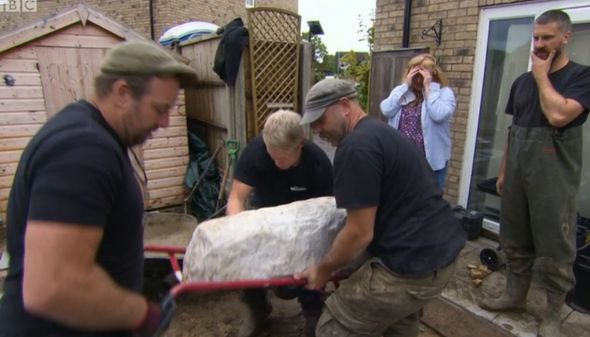 She continued: “The garden in Spain was our creation. We had vegetables, we had fruit trees and we had lots of colours. I had the most amazing Jasmine.”

Speaking about her beloved husband, Maureen added to Charlie: “Graham was a carpenter/joiner by trade, and he was a master craftsman.

“That’s how we met, he did work at my house for me. He had a wicked sense of humour.

“I don’t know what I can say about him, he had the most amazing smile and that’s what I miss most, his smile.” 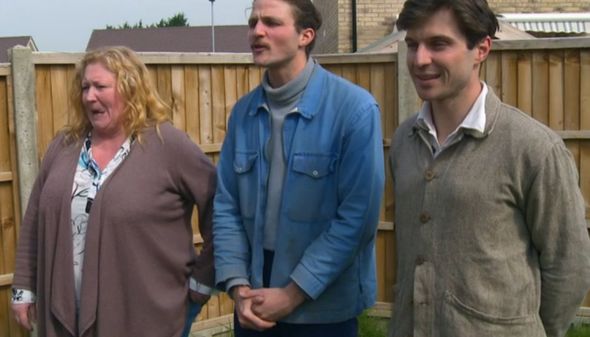 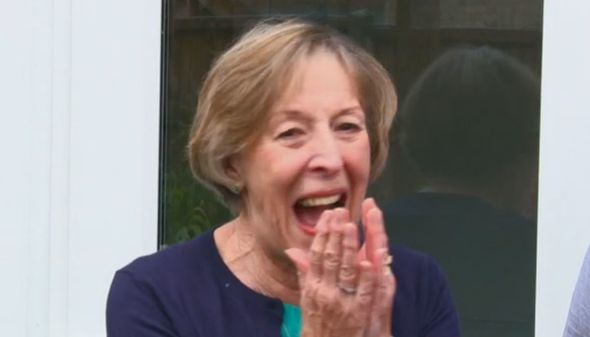 “What I would like from the garden here, is a nice seating area where I can just sit and think about him, I suppose,” Maureen explained.

With their guest’s criteria in mind, Charlie and the Rich brothers both got to work each coming up with their own designs. Maureen would then pick the winner.

After much deliberation, Maureen picked Charlie’s design and so the team got to work straight away.

Despite wanting to create a Spanish themed garden, the team didn’t get off to the best of starts as it continued to pour down with rain as they began working.

Things appeared to go from bad to worse for the gardener when she watched three members of her team attempt to move two very heavy and expensive boulders.

“It’s so easy just to draw a big monolith like that. Boop, there you go and then you’ve got to get them in. They’re quite heavy.”

Thankfully, the smaller stones were easier to move. Although Charlie later revealed she spent £300 on the two main boulders.

When it came to the big reveal, Maureen couldn’t believe her eyes as she exclaimed: “Oh, my God. Charlie, what have you done?

“Well, I think that’s a good result,” Charlie told her. “That we made you cry.”

As they stood at the sidelines, the Rich brothers chipped in: “Speechless, that’s what you want, isn’t it? Isn’t that wonderful?”

Garden Rescue airs on Wednesday at 7pm on BBC One.