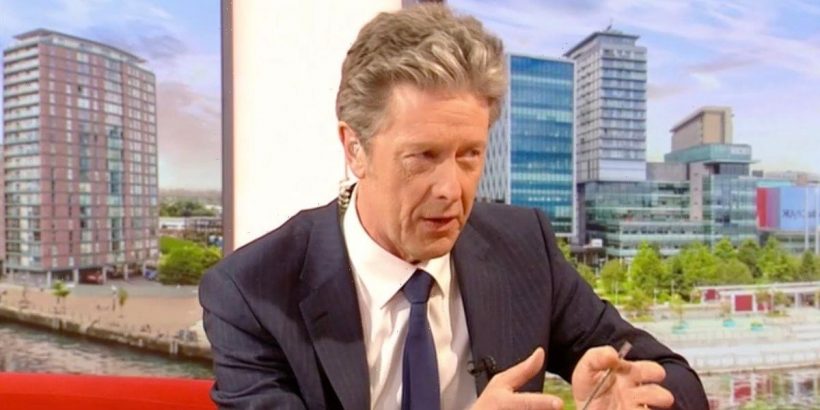 BBC Breakfast host Charlie Stayt found himself rather upset during a music festival row in the studio on Monday.

Hosting the programme alongside his temporary co-presenter Rachel Burden – with Naga Munchetty absent once again – Charlie was forced to turn his attention to the realm of the music fest in a rather unexpected segment.

The pair were discussing the relocation of various moving sculptures from Nevada's Blackrock Desert Burning Man festival to the genteel estate of Chatsworth House in Derbyshire.

The estate will be putting the incredible artworks on display for all to see in praise of the arts and culture festival thousands of miles away.

Rachel began the segment by teasing Charlie: "Now, if you don’t think you’re gonna make it to the Burning Man festival in Nevada this year… are you going to miss it this year, Charlie?"

Charlie seemed in a jovial mood as he fired back: "Oh let me think, what am I doing? I mean, I’ll make it to some other things, but I don’t know about the Burning Man festival in Nevada."

"Not there in your diary?" Rachel wondered, as she added: "Don’t worry – I know you were worried!"

Keen to put a brave face on, Charlie persevered: "Whenever I see the pictures of it, it always looks like a great event!"

Rachel then cut to the recorded segment, explaining to her co-host and viewers at home: "Anyway, it’s going to come to you.

"Because 12 huge sculptures from the famously out-there event have been put on display in the more genteel surroundings of Chatsworth House in Derbyshire."

The festival of "radical self-expression" in Chatsworth House proved a combination Charlie could get on board with, as he admitted: "It is a juxtaposition, but it works."

But that didn't stop things from becoming slightly awkward, as Rachel quizzed him: "What is the last festival that you went to then, Charlie?"

Perusing the cast and crew gathered behind the cameras, Charlie wrinkled his brow before confessing: "Hmm… someone just said Woodstock, which is not very kind! I wish I had been at Woodstock!"

The event took place in 1969, when Charlie would have been just seven years old.

Rachel teased the 59-year-old: "You were telling me a great story about a Reading Festival experience in your teenage years!"

"Was I? Or was that someone else?" Charlie giggled, as Rachel insisted through her own laughter: "No, that was definitely you! But we'll save that for your autobiography."

BBC Breakfast airs daily from 6am on BBC One.