Charlotte Hawkins, 45, and Ben Shephard, 45, were on hand to host Good Morning Britain on Thursday and welcomed Tim Loughton, 58, to speak about the day’s headlines. With talk of the coronavirus pandemic on everyone’s lips, the presenters were interested to know why the Conservative Government continued to boycott the ITV news show at a moment when viewers want answers about a possible lockdown. As the MP tried to justify the Party’s stance on the matter, Hawkins lost her cool as the politician took aim at her co-star, Piers Morgan, 55.

The presenter said to Mr Loughton: “Do you think it would help with clarity with unpicking these confusing messages if the Government ministers were to appear on this programme?

“It’s been 184 days. It’s a frustrating thing for us and for viewers as well,” she continued, with Shephard adding a huge bulk of the nation watched the show each morning.

Stressing, for this reason, it would be good to speak with a member of the Cabinet, the presenter then gave the MP the floor to talk.

“I think if you want people to hear from Government ministers, you should probably not have presenters like Piers Morgan who don’t let them get a word in edgeways,” he continued. 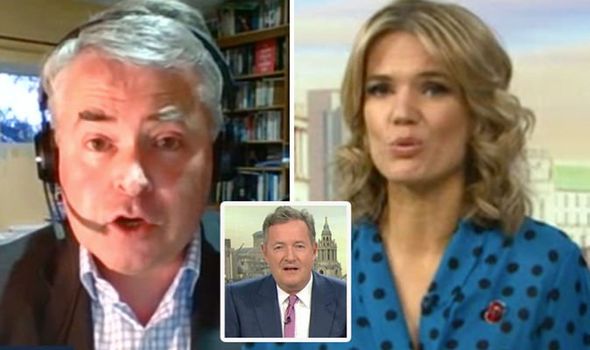 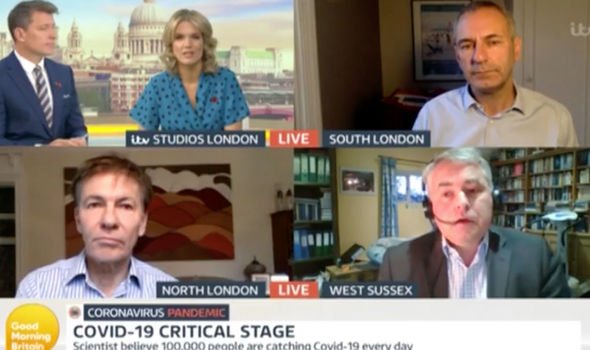 Interjecting, she declared: “But they’re not coming on at any time. It’s been 184 (days) – Piers hasn’t been here all that time.”

After defending her co-star, the presenter let the politician answer to which he said: “I think you need to sort out between the Government and your interviewers what sort of interview you’re going to do. 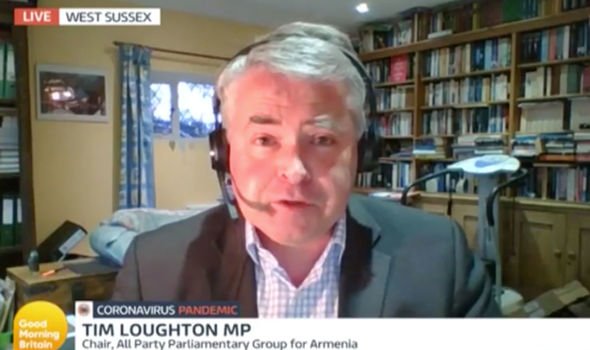 “That’s what people want to hear, they don’t want to hear a presenter ranting at somebody and not letting them get a word in edgeways,” he added.

“It’s a reputation your show has,” the politician said before Hawkins exploded once more as she declared it was “important to challenge ministers.”

Shephard then stepped in to break up the row, also defending his co-star as he said: “I’m sure Piers would argue he’s just trying to hold them to account.”

Taking to Twitter, those watching at home agreed with Hawkins’ defence of Piers over the Government’s boycott of the show.

One viewer wrote: “The Government don’t want to be told what they have done wrong and they are scared @piersmorgan isn’t going to let them get away with it. Makes me angry they need to take responsibility for their actions.”

Another added: “Blaming @piersmorgan for the Government not coming on the show. Utter c**p! I would love to see Piers interviewing him.”

Whilst a third commented in defence of the Government boycott: “That’s the problem, Piers doesn’t ‘interview’ the government he simply shuts them down and rants.”

“Loved his description of Piers Morgan though!” a fourth shared on the micro-blogging site.

The MP did also explain how the Government ministers do have a “hard” job at the moment to try and get clear messaging about restrictions over to the public.

Mr Loughton said: “It’s a really difficult balance to keep between what the clinicians are telling them and the scientific advice.

“And it would be helpful if we didn’t have lots of rogue clinicians going off with leaked documents saying one thing and contradicting another.”

The politician also explained the Government need to pay close attention to the economy when they look into putting another region into lockdown.

What measures the public will abide by and the impact on mental health were two more reasons the Government look at when thinking about the restrictions to impose.