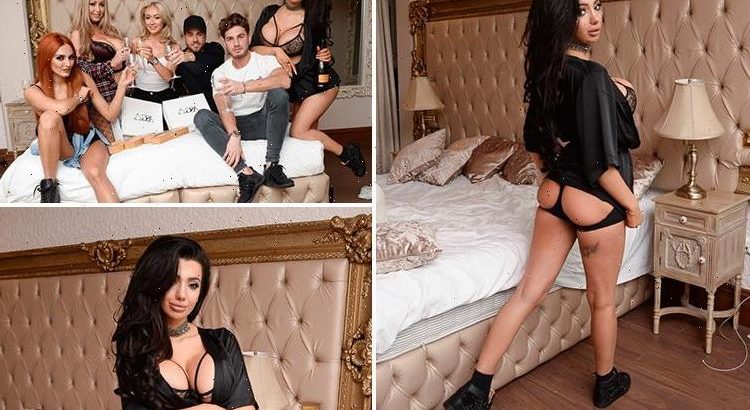 CHLOE Khan flashes her amazing bottom as she takes part in a sexy photoshoot with her fellow reality stars.

Joining her on the shoot in a plush London hotel was Ex On The Beach stars Josh Ritchie and Zara Jackson. 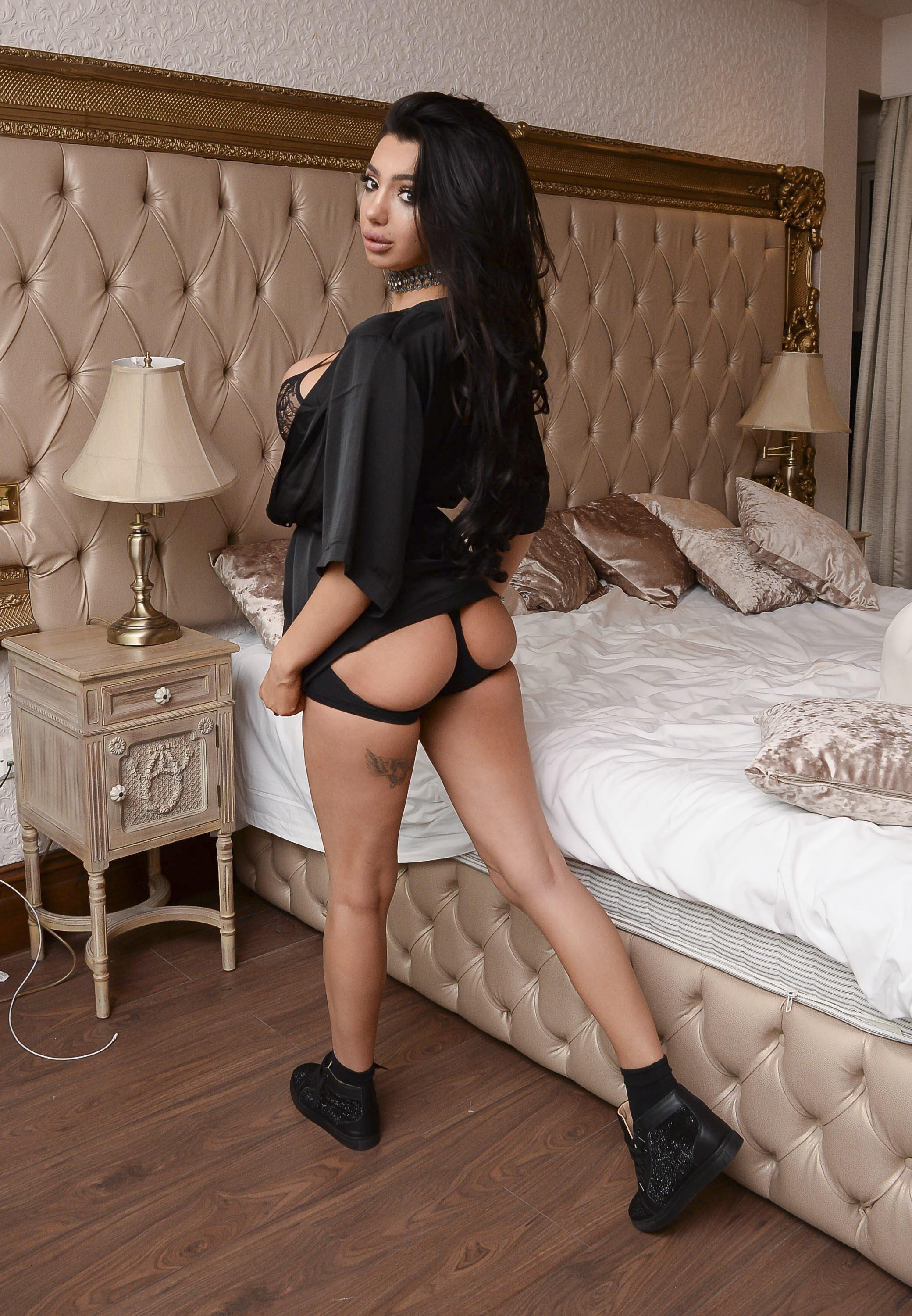 The 25-year-old, formerly known as Chloe Mafia, completes the look with a sexy thong which reveals her pert behind. 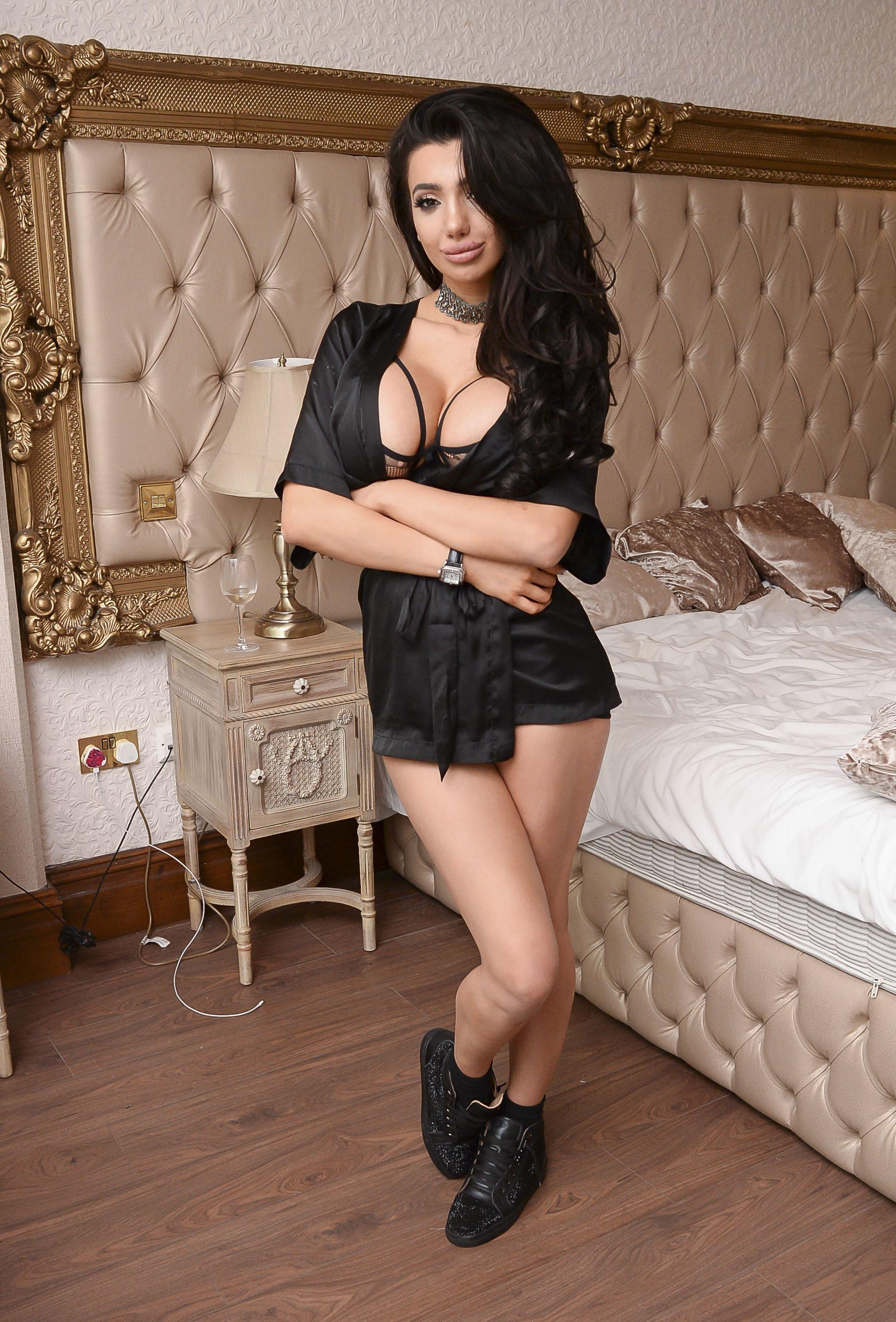 She wore her long locks loose and flowing down her back, and her lips are extra pouty.

She wears black underwater with a denim shirt wrapped around her waist.

The ex-Celebrity Big Brother star is back at work after a health scare and having to inform the police of a stalker.

The news comes as she revealed an ex-boyfriend subjected her to years of “physical and mental torture” when she was younger. 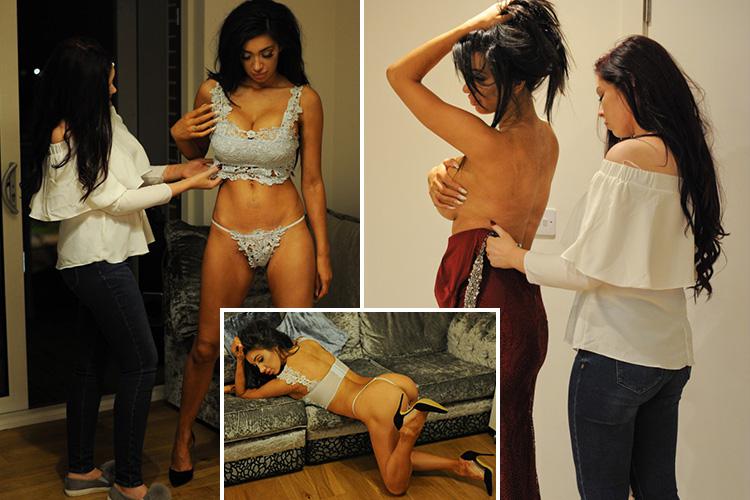 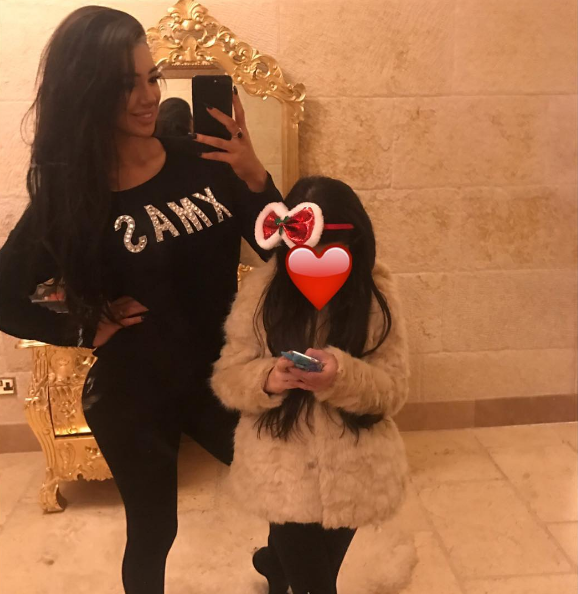 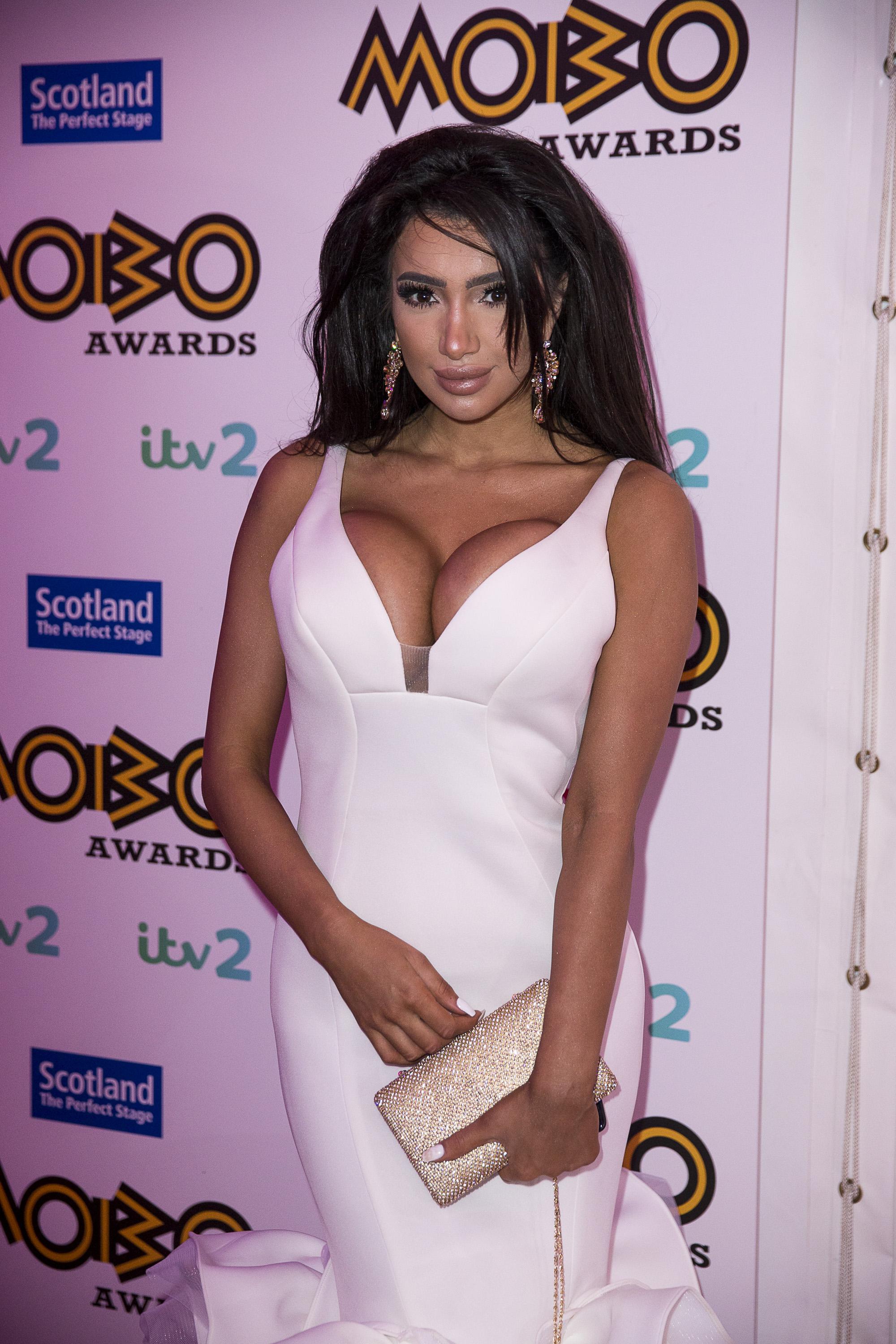 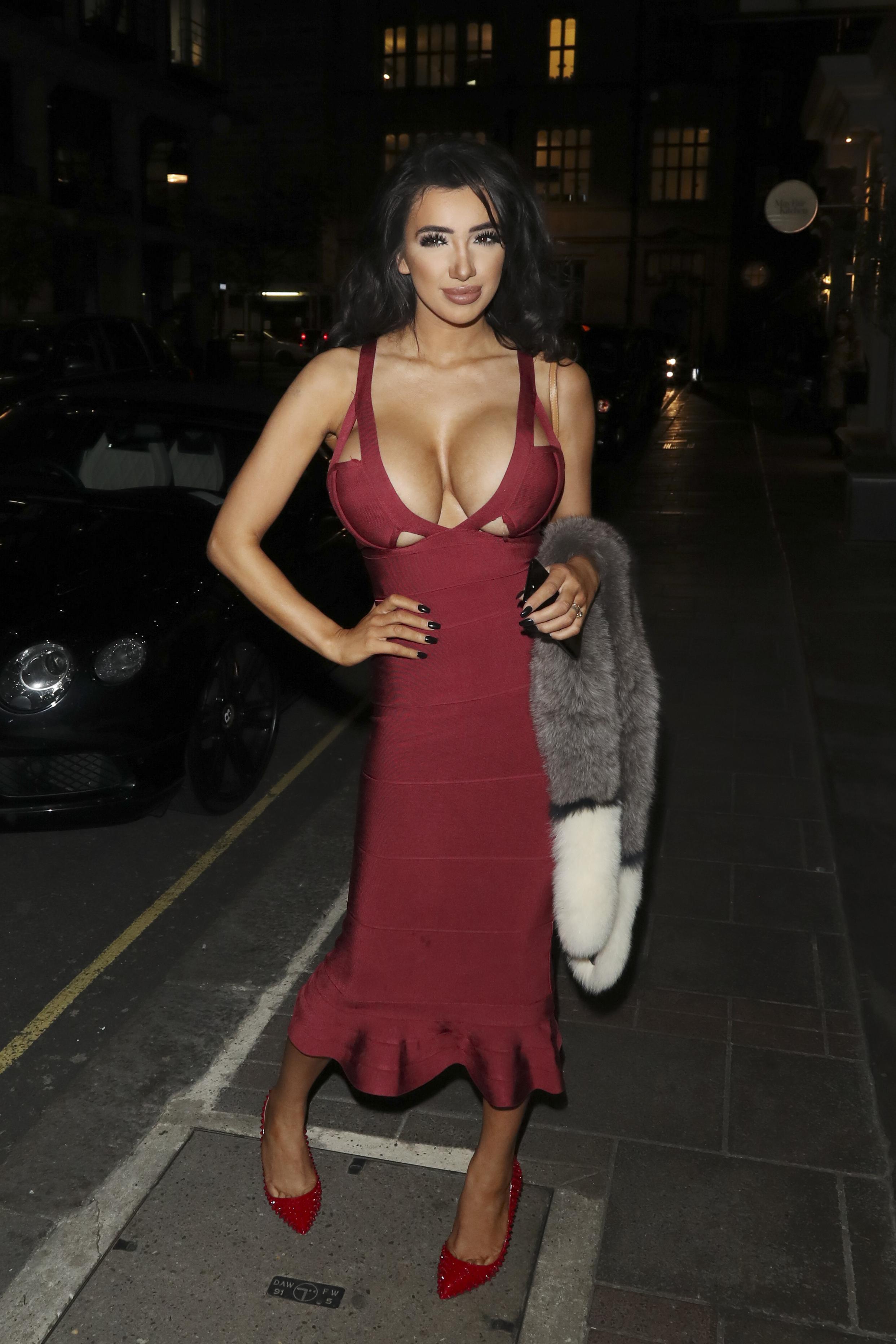 Chloe opened up about her ordeal as she after her Instagram account was taken down by the person she believed was stalking her.

Writing on an account called ‘Reactivate Chloe Khan’ last week, the Playboy bunny penned a lengthy post explaining how her stalker has made her feel unsafe in her own home.

She revealed how she forged a career in the public eye after escaping an ex-boyfriend but was left devastated when she discovered her current stalker was one of her best friends. 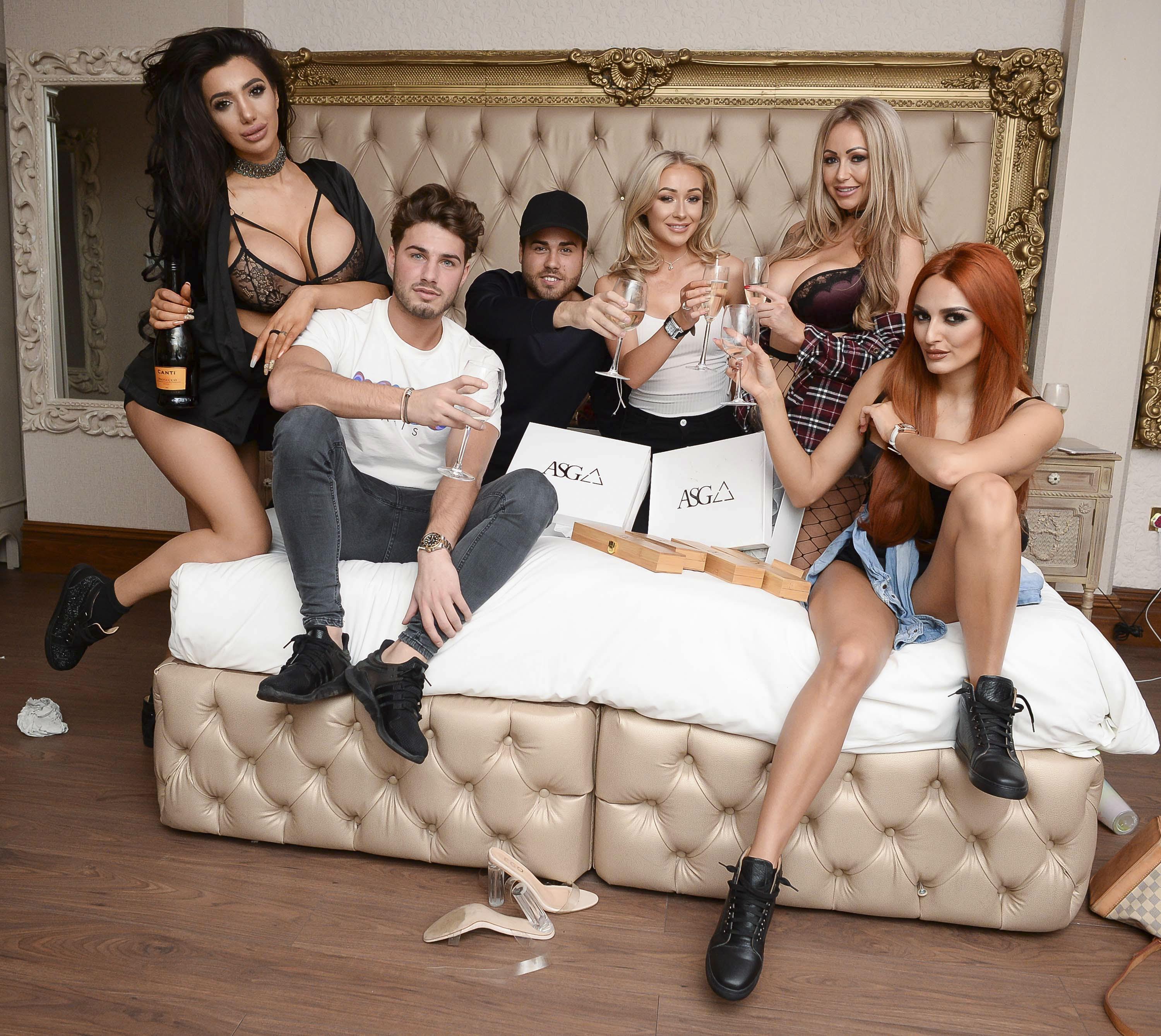 She wrote: “Guys, my Instagram went down because I have had a terrible stalker trying to ruin my life. Police are informed and IP address are been traced.

“There was very bad hate profile saying so much bad lies about my family and me and they posted screenshots of how they managed to get my account shut down.

“This stalker is not limited to online, I haven’t felt safe in my own home, my car has been tampered with. I try not to go out alone at the min. I’ve been in hospital and just got home today (sic).”

Speaking about a previous relationship, Chloe revealed how she escaped from her ex-boyfriend.

She wrote: “When I was [much younger] I met a guy who was a number of years older than me.

“I don’t want to go in to too much detail but I was physically and mentally tortured.

“Police and everyone around knew what was happening but nobody could stop it. I was a prisoner."

She continued: “I finally escaped. I left my house with all my furniture and belongings and got away.

“I tried to make a life for myself, suddenly there was laughter and enjoyment and friends and smiles and being able to walk down the street (sic).” 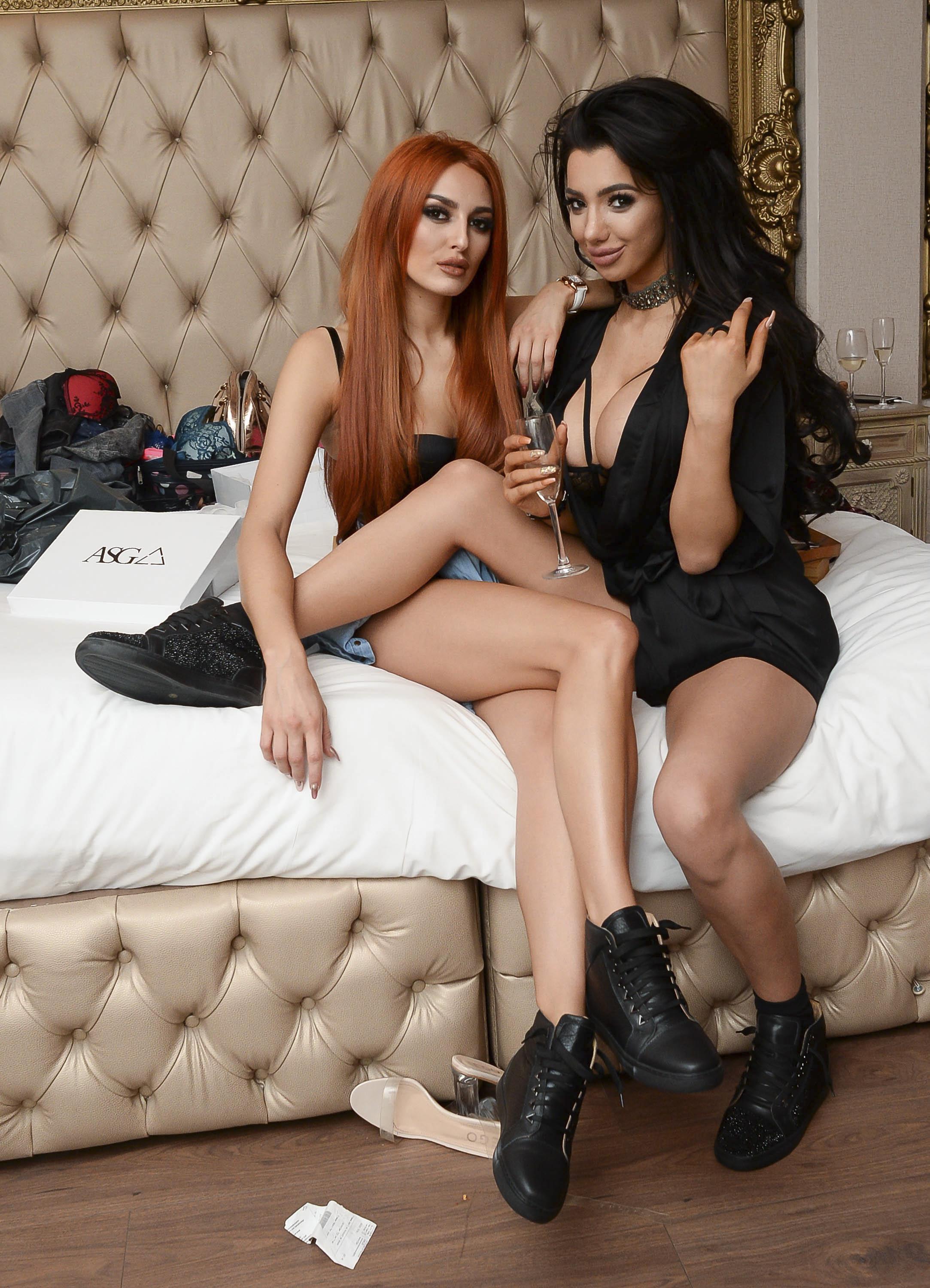 Chloe, who rose to fame after auditioning for The X Factor in 2010, moved on from this toxic relationship only to find herself harassed by a stalker just a few year later.

In a heartbreaking twist for the star, she later discovered the person putting her though hell was one of her closest friends. 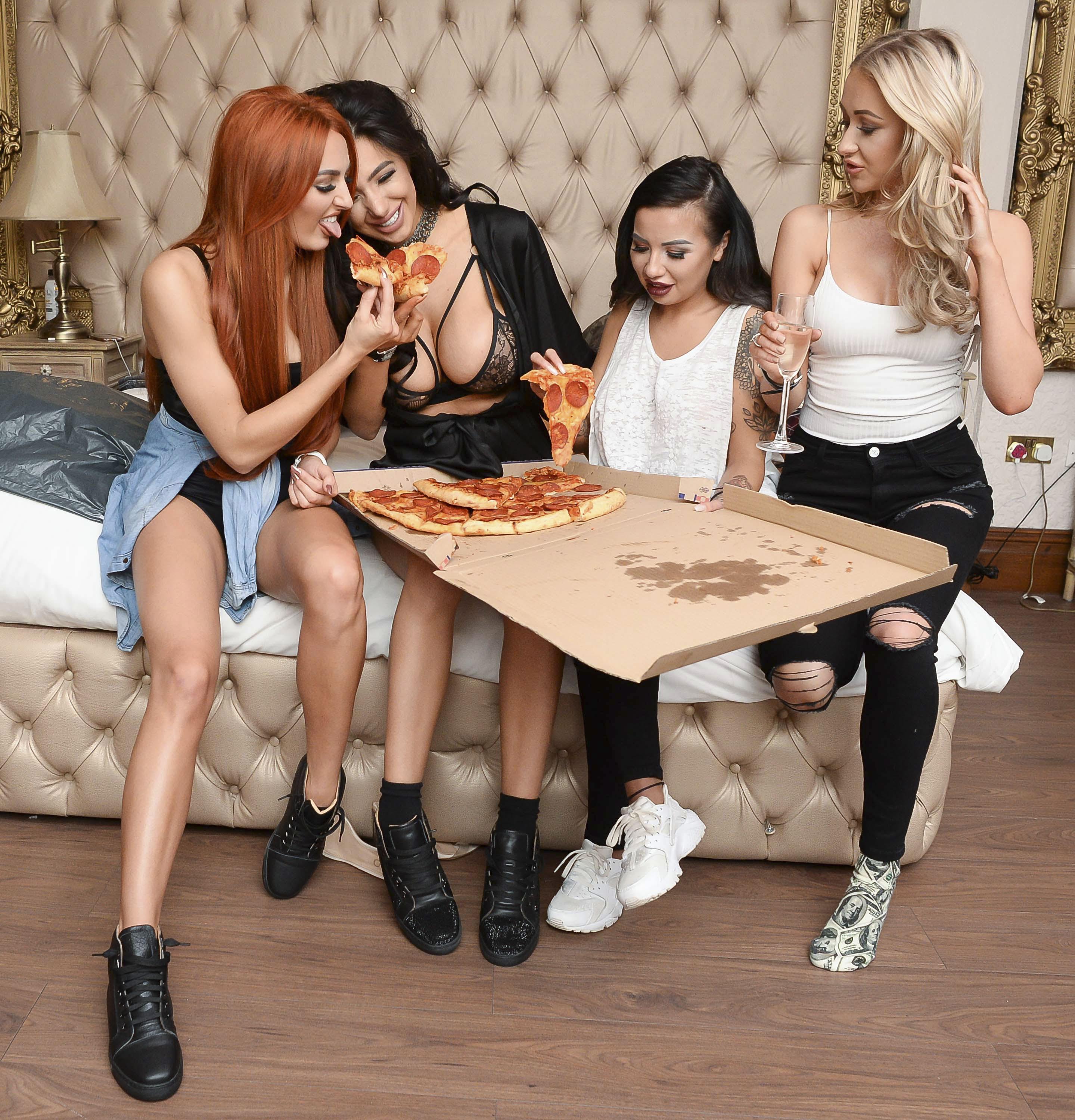 She said: “Few years later I met a fangirl type teenage gay lad in the spa. I mistakenly thought he had ambition and ended up getting to know him.

“I would take him around in my car, invite him to events and let him come to my house.

“In 2015 (by now living in my dream penthouse, dream life etc) myself and all my family started getting calls. 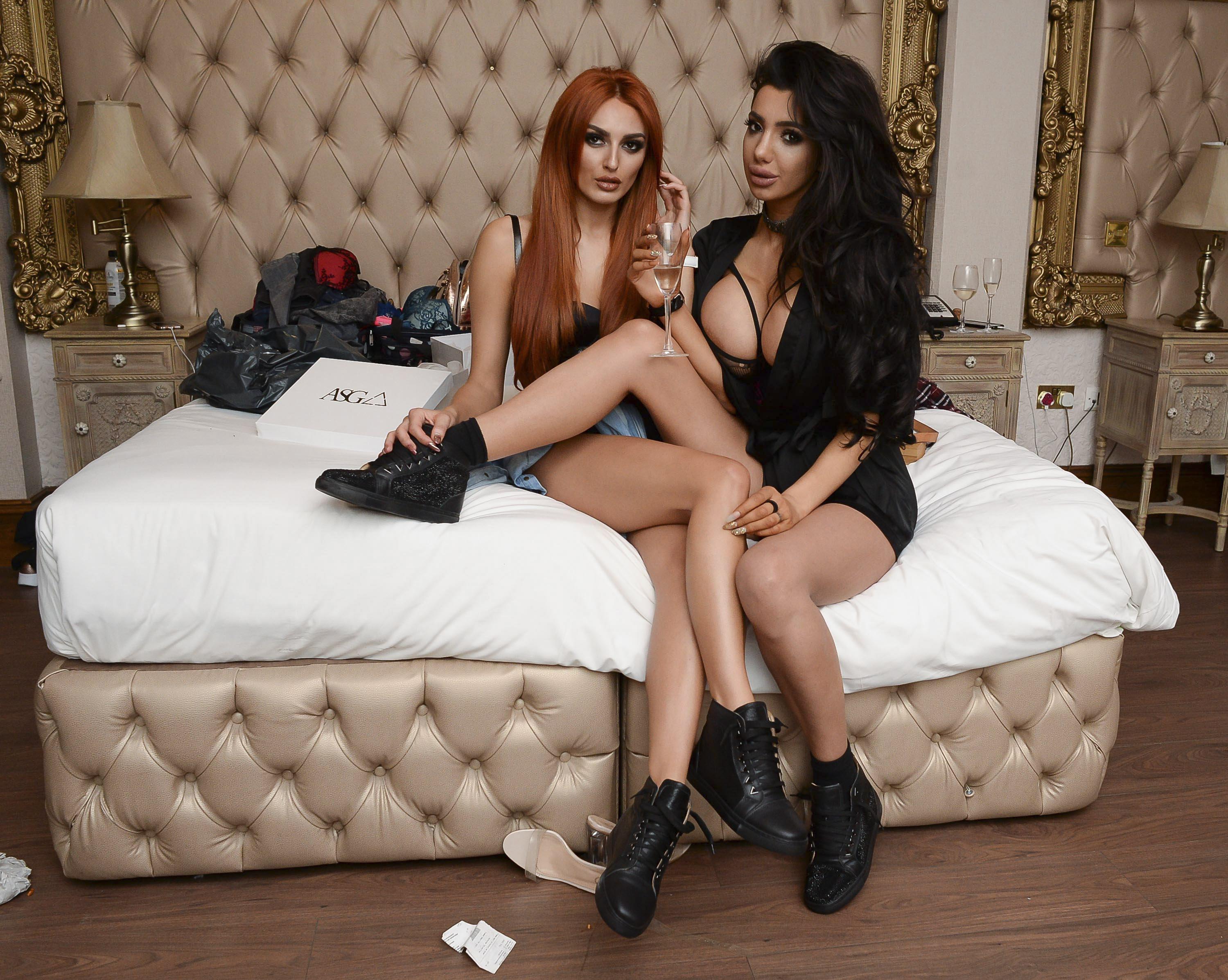 She continued: “Originally thought prank calls but then they escalated in to stalker. When I walked in my house they would call and new I was home.

“I would change my landline number but they would have it instantly. I was scared to go home.

“They said they would be there when I least expect. I cried to this gay friend so any times about it.

“In Aug 2016 I found out the stalker was him all along. I refused to speak to him anymore and told the police because I had reported it at the time it as happening. (sic)”

Chloe says he went on to “create a lot of fake profiles” on social media channels and befriended one of her ex-boyfriends while she was in the Celebrity Big Brother house last summer.

She then went on to say her Instagram account being disabled is “so much more than my Instagram being removed” as not only does she use it for work but it was taken down because of her stalker.

"I always try to be nice to everyone because people need good people."