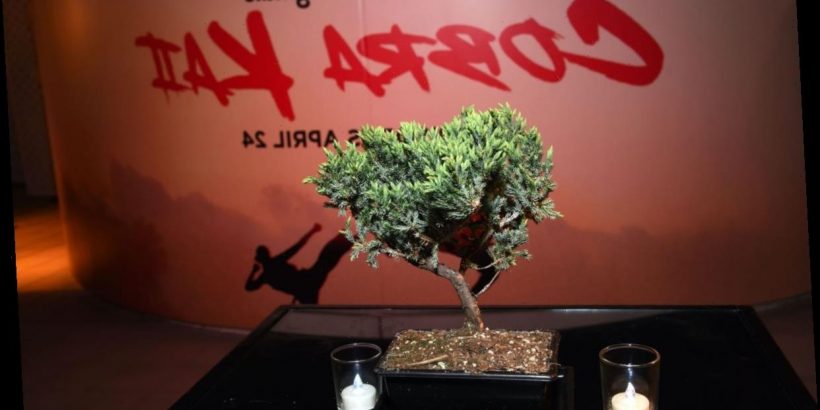 But the fight showcased some rather over-the-top violence, even for a show about karate. Let’s take a closer look at the show, a recap of the brawl, and why the violence on display proved to be a bit out of control.

The premise of ‘Cobra Kai’

Cobra Kai follows the continuing adventures of Johnny Lawrence and Daniel LaRusso, now 35 years removed from the events of Karate Kid. The show’s main protagonist is Johnny this time, however, as it chronicles his attempt to redeem himself for his past misdeeds.

Daniel is also a main character, seeking to add balance to his seemingly successful life.

Johnny restarts Cobra Kai while Daniel restarts Miyagi-Do. While the two are often at odds, a familiar enemy emerges for both of them: Cobra Kai sensei John Kreese.

At the conclusion of the third season, the Miyagi-Do and Eagle Fang students meet up at the home of the LaRussos to work out a truce. They appear to be well on their way toward agreeing to team up to take on Cobra Kai when the students of Cobra Kai show up and instigate a brawl. The LaRussos are at a country club Christmas party with Johnny and Daniel’s former girlfriend, Alli.

The brawl has some serious consequences, including:

The melee destroys the LaRussos’ home, but it has the other effect of leading Johnny and Daniel to pursue Kreese at his dojo. That confrontation ends with a challenge: a tournament will be held with the losing dojo leaving town.

Why the season three ‘Cobra Kai’ violence was out of control

The karate violence on the show was over the top and somewhat unbelievable. For example, Miguel should still be in recovery at this point after having been in a coma only a few weeks prior. For him to not only engage in a fight but get pummeled only to win is borderline ridiculous.

There’s also the Tory-Sam conflict that stretches the limits of credibility. In many cases, it seems as if no fight will satiate Tory’s bloodlust. An earlier nightmare of Sam’s features Tory drowning her in Mr. Miyagi’s koi pond.

To think that a fight between two teenagers could end in a potential murder is rather macabre and unsettling. Many of the fights on the show would end in a prison sentence for most of the people involved.

Of course, this violence seems like it’s setting the stage for an even more intense season four battle. After two seasons away from the All-Valley Karate Tournament, it appears that season four will focus more on the sanctioned competition as opposed to the street fighting of seasons two and three. Karate Kid is known for having its brutality often take place outside the boundaries of karate matches, but the end of season three went a bit too far.

It will be interesting to see how the show continues to ratchet up the tension without falling on the tired trope of teenagers engaging in a massive street fight that has minimal consequences.