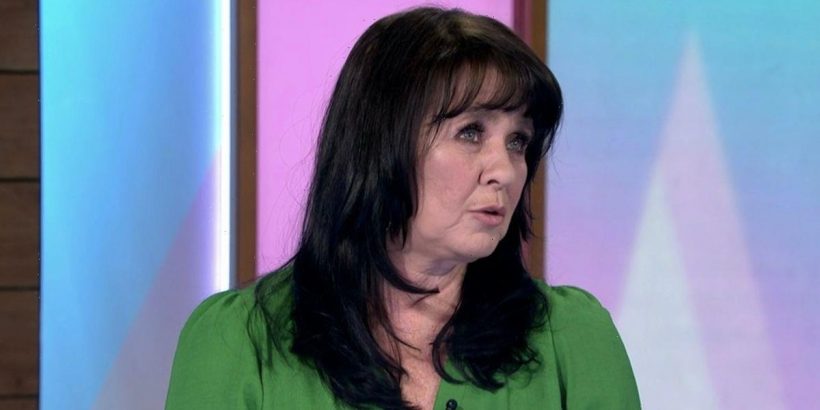 Loose Women fans were left baffled as to why Coleen Nolan had not mentioned the elephant in the room after the rumour mill was sent into a spin – but she's now broken her silence.

The 56-year-old took centre stage on the ITV programme on Tuesday after it had been reported that there had been trouble in camp between Coleen and a handful of her co-stars.

The singer kept a dignified silence on the one-hour show – despite previously telling her followers that it would be discussed on the ITV favourite.

However, fans on Twitter were shocked over her silence which led to a follow-up from Coleen.

The TV star explained that she had been advised by representatives to remain tight-lipped on the situation and thanked fans for their support.

Her tweet read: "I'm so sorry we couldn’t say what we planned to today but my lawyer advised me to go through the legal process, but rest assured you will hear the outcome of this and I will share it when I can."

She followed up with: "Thank you all for your support as ever, Love Coleen x."

Coleen's response lands after an article claimed that she had fallen out with some of her Loose Women co-stars.

The publication claimed that Nadia Sawalha, Stacey Solomon and Carol McGiffin had all informed producers that they no longer wanted to work with Coleen.

However, many other panellists of the programme have since used their own social media platforms to defend the Nolan sister.

Saira Khan weighed in on the situation, adding: "Having worked on this show #Loosewomen, I can tell you for a FACT it's not @coleen_nolan that is the problem here.

"Ganging up on another woman like this in public is disgraceful. There are a lot of smiling crocodiles on the show that fool the public for their own gain. So please don't be fooled by the [expletive]."

She added: "When your mate is being unfairly treated. Step up for them. That's what mates do!

"Don't watch by the sidelines and be scared to speak up because you are worried about what others will think if you get involved. Grow a pair and do the right thing. That's what loyalty, integrity and sincerity is all about."

Retweeting Coleen's message, that stated she would be seeking legal advice and addressing the issue on Loose Women, co-star Janet Street-Porter penned: "I love working with Coleen Nolan and we've never had a single disagreement- sorry if that's not 'news' xx."