COLEEN Rooney left a hotel with a big smile on her face after spending the night there with her husband Wayne.

The 34-year-old had a spring in her step as she left Manchester's Dakota Hotel earlier today.

She and Derby County player Wayne, also 34, had stayed there – but he left before her to go to training.

Wearing a pink tracksuit top, black leggings and pink and white Nike trainers, the star clutched her iPhone with a Chanel bag over one shoulder.

The mum-of-four was welcomed into a waiting car by a mask-wearing chauffeur before she sped off through the streets of rainy Manchester.

She was later seen at the beach in a more heavy-duty coat with her four sons and her pet Pomeranian, Pip. 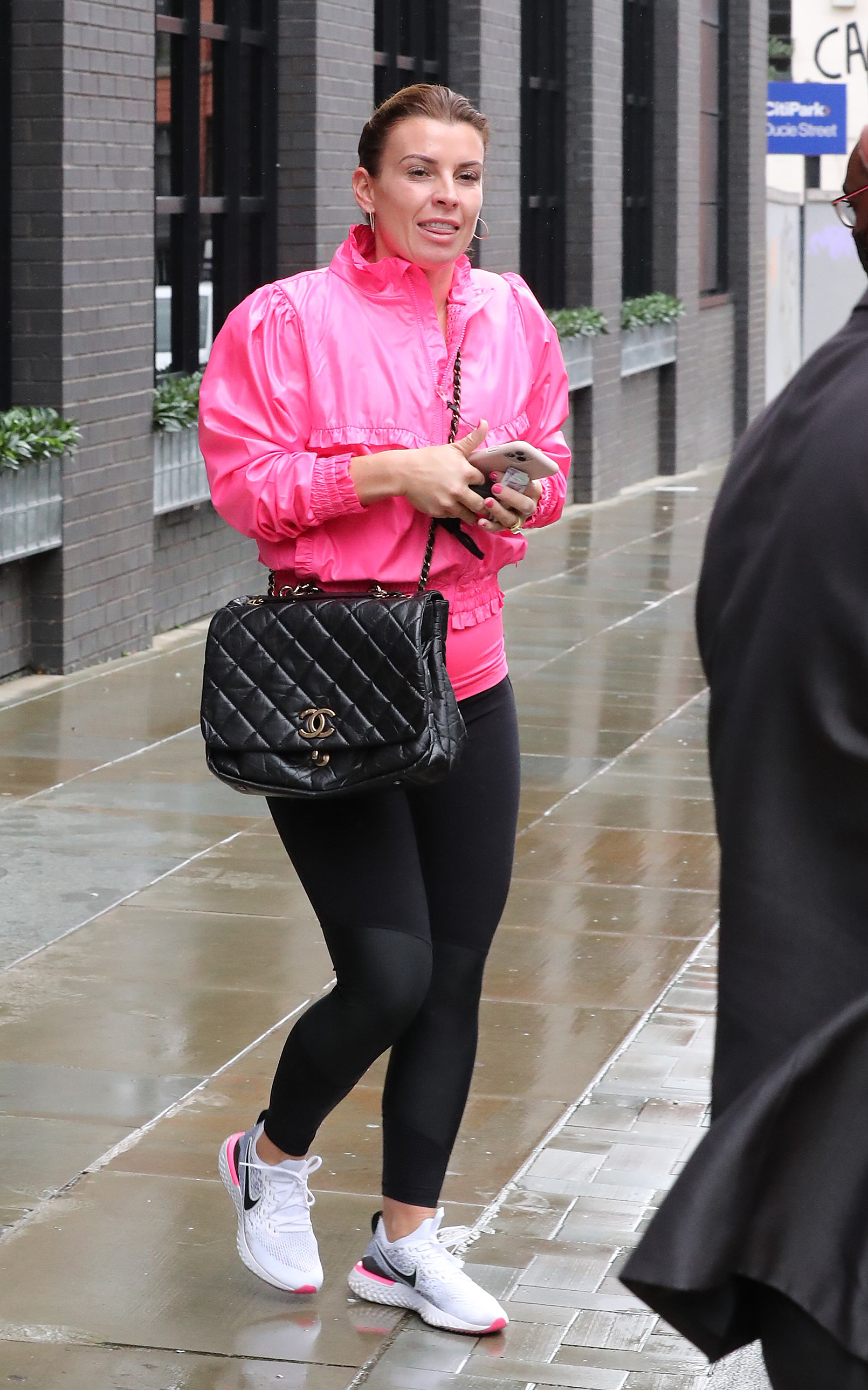 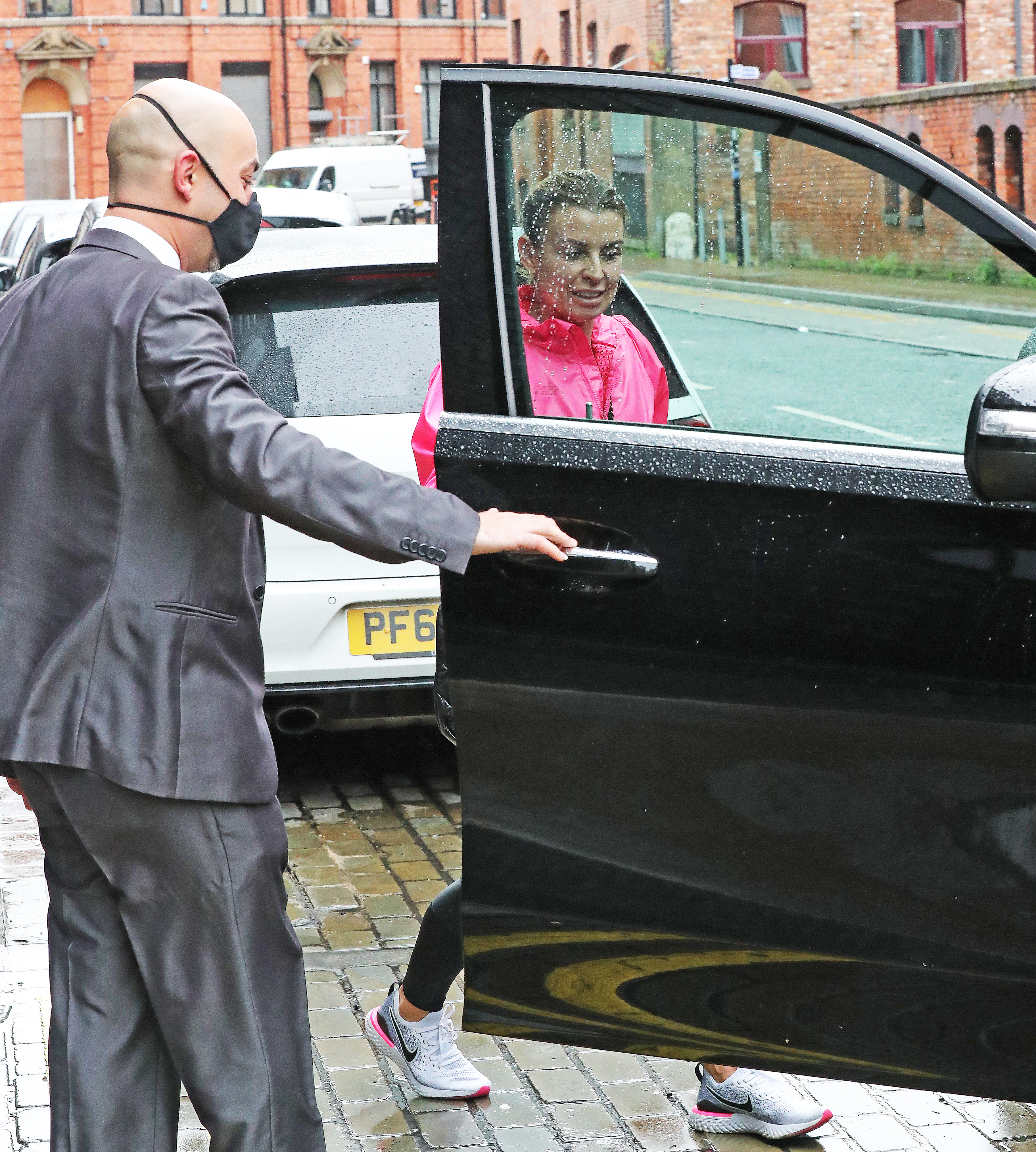 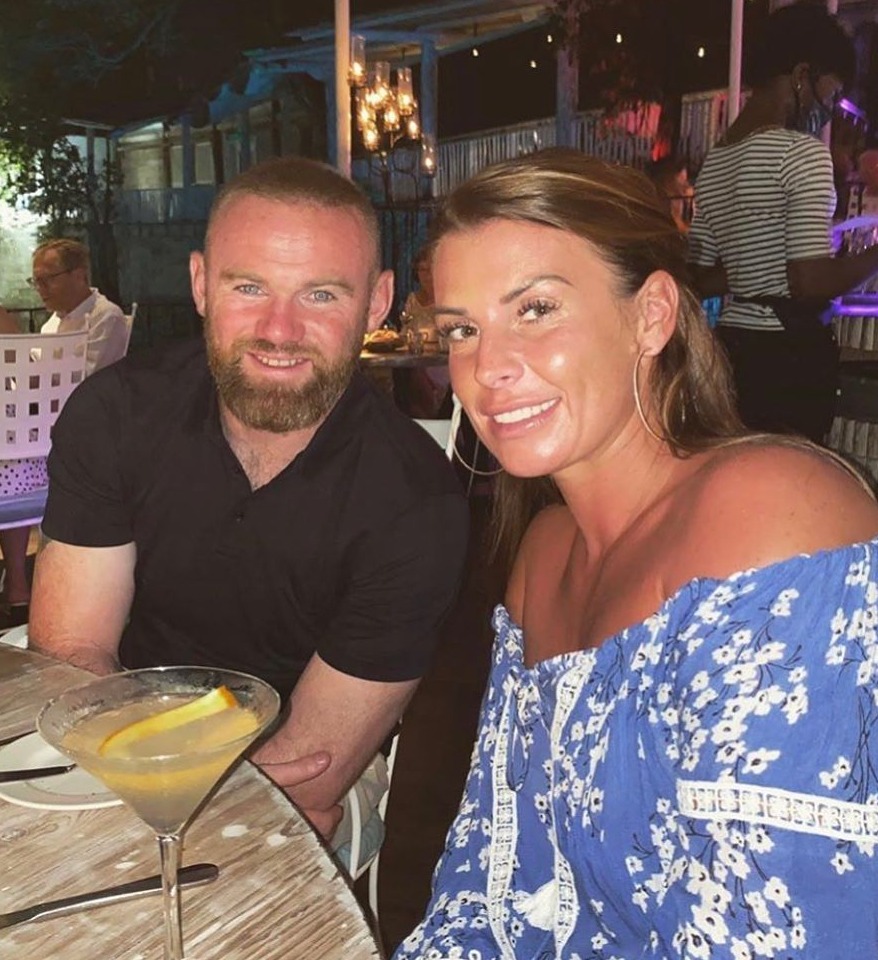 Coleen posed with each of her sons in turn: Kai, ten, Klay, seven, Kit, four, and Cass, two.

The Sun revealed at the weekend that Coleen had accused Rebekah Vardy of doing Dancing On Ice to drum up support before their megabucks libel fight.

She hit out after submitting a 55-page defence on Friday in support of her allegation that Becky, 38, leaked stories about her to the media.

Meanwhile, mum-of-five Becky has vowed to do “whatever it takes” to clear her name but Coleen hit back: “Game on.” 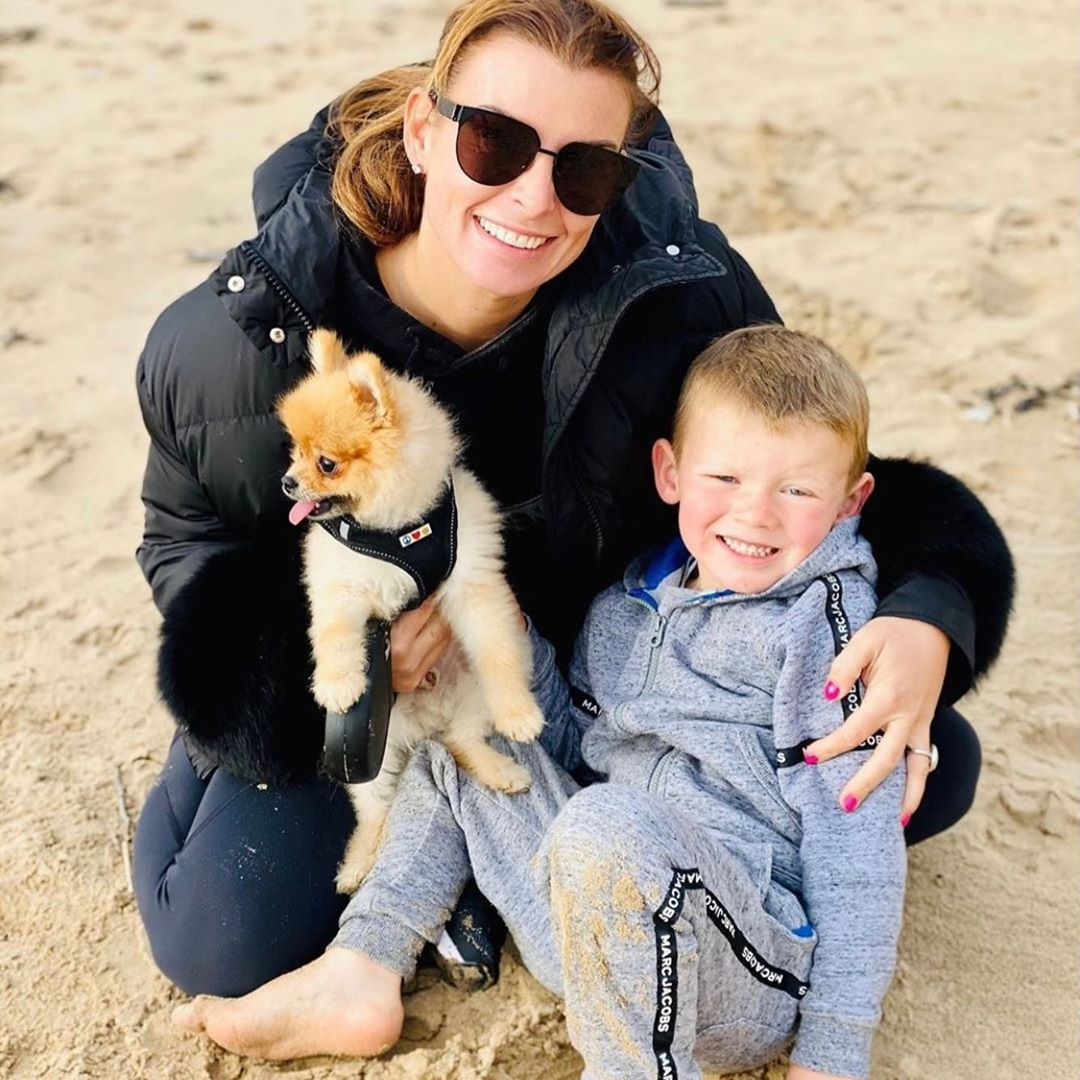 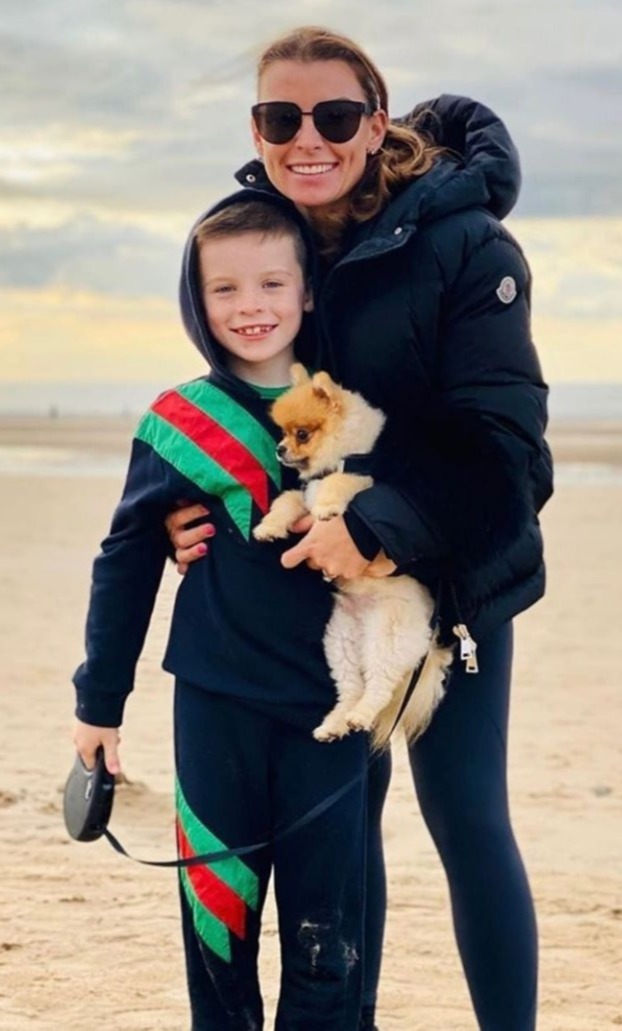 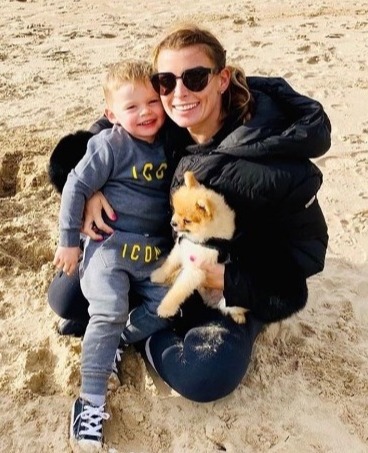 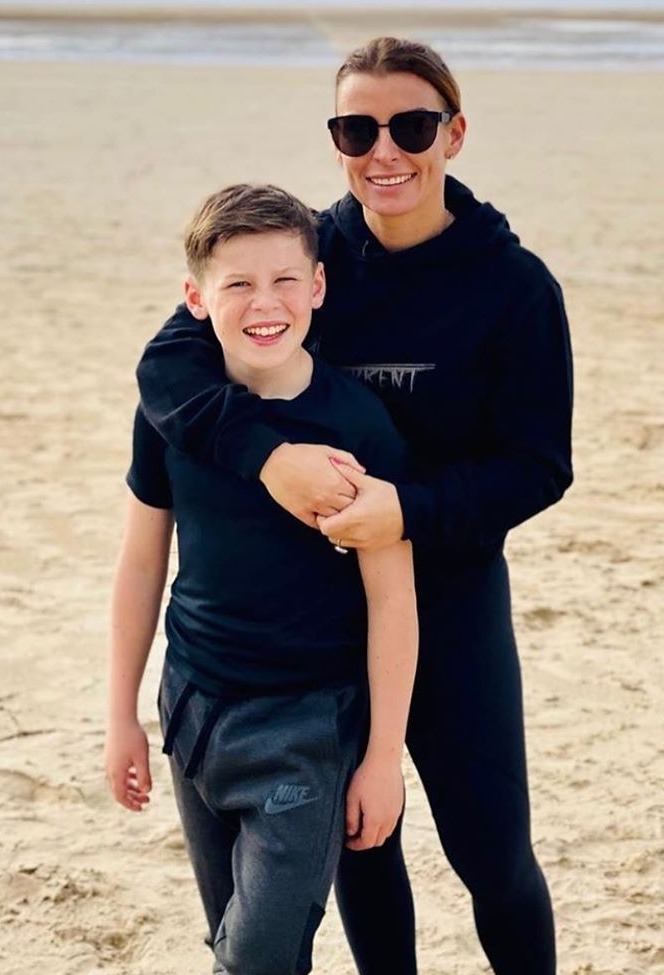