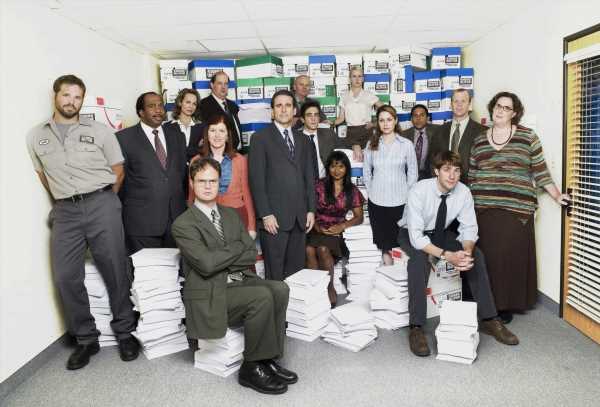 Everyone has their go-to comedy TV show. It’s something they throw on while making dinner, folding laundry, or otherwise not paying attention. They don’t need to. They’ve seen every episode a hundred times. These shows are familiar and comforting, but they definitely aren’t new. In a world with infinite options for TV shows, what keeps people returning to their favorite shows over and over again?

What are the most rewatched shows?

While it isn’t possible to get an exact statistic on which shows are rewatched the most, the consensus seems to be that most people prefer to rewatch comedies. In a Reddit thread titled “What TV Show have you rewatched the most times?” there seemed to be a consensus among users.

“Mostly comedies I think,” one Reddit user replied. “They’re just great to put on in the background – Seinfeld, Everybody Loves Raymond, The Office, Married with Children.”

“I usually just start a series over from the beginning and let them play throughout the day,” another user said. “The Office, 30 Rock, Arrested Development, Parks and Rec, It’s Always Sunny are great series for this.” A third Reddit user explained why Friends was probably their top pick. “It does make quite good background TV,” they stated. “Doesn’t steal my attention, no particularly pestering sounds, I can give it a glance I probably know what episode I’m watching, and I can drop in any episode and not need explanations or rewinding to catch up…”

It seems like our favorite comedies just never get old.

Why do we rewatch our favorite comedy shows?

An article by The Atlantic gives several reasons we might turn to our favorite shows. First, because it’s easy. Turning on a show that we’ve seen a million times is easier than choosing a new one. And repetition actually makes us more fond of the show rather than getting tired of it. Second, nostalgia also plays a part. Maybe you have happy memories associated with watching The Office with your family. Or perhaps Community reminds you of your younger days when you were in college.

Either way, rewatching these shows can be a therapeutic experience. Comedy makes us laugh. That’s the whole point. Comedy shows are a great pick-me-up when we’re feeling down. The Atlantic also points out the old TV shows can’t disappoint us. We don’t have to worry about starting a new series only to wish we had that last 30 minutes of our life back at the end of the episode. For comedy fans, popping on The Office or Parks and Rec is a sure thing.

It turns out watching comedy might actually be good for you. Rewatching your favorite comedy shows is a great way to take your mind of the stress of the day. The best comedy shows also make us laugh. According to the Huffington Post, there are numerous benefits to laughter, including stress relief and pain relief. Laughing can even help lower blood pressure. So the next time turn on your favorite comedy show for the hundredth time, don’t feel bad, just enjoy.