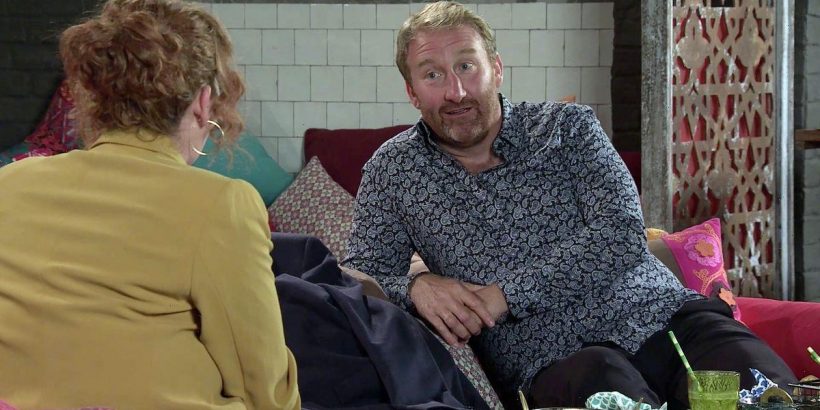 Phill will make his Weatherfield debut later this week when he asks Fiz, played by Jennie McAlpine, on a date to Speed Daal.

Soap watchers were heartbroken when Fiz and Tyrone Dobbs broke up earlier this year, with the mechanic going on to start a relationship with new girlfriend Alina Pop, who recently dropped the bombshell news that she’s pregnant.

And next week, Fiz goes on her date with Phill at Speed Daal where they instantly "hit it off", however their date is soon interrupted by Tyrone who calls in to pick up a takeaway and is left shaken to see his ex moving on.

Jamie is playing the role of Phill and his past acting credits include the likes of Peaky Blinders, as well as movies Green Street – where he played Big Marc, Children Of Men and Stormbreaker.

And this isn't the actor's first soap role as he previously played Vince Franks in EastEnders in 2007.

Jamie took to Instagram to share the exciting news earlier this month by posting a collection of photos of himself on the famous Corrie cobbles.

He wrote: "ANNOUNCEMENT!!!! I can finally….FINALLY tell you all my amazing news! As of 16th July I will be appearing regularly as Phil Whittaker in the national institution that is @coronationstreet.

"I can’t tell you how excited I am to be joining the cast. Especially the brilliant @jenniemcalpine & @alanhalsall."

It comes after Alan Halsall, who plays Tyrone, teased a reunion between his character and Fiz, admitting he’d “love” to see them back together in the future.

Opening up about the explosive love triangle and whether there’s any hope that Fiz and Tyrone could get back together down the line, Alan said he was all for a reunion.

The 38-year-old said: “Personally, as an actor, or course I would love that.”

He continued: “We’ve worked together for a long time and I love working with Jennie McAlpine who plays Fiz. She’s a joy.”

However, he did go on to admit that he’s not sure what’s on the cards and that it could be a very long road until viewers see the pair’s relationship mended.

Alan said: “I don’t know what will happen. Whether they can reconcile their differences on screen, we’ll have to wait and see.”

He added: “I’m sure that will be a long way away even if they do.”