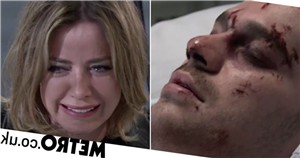 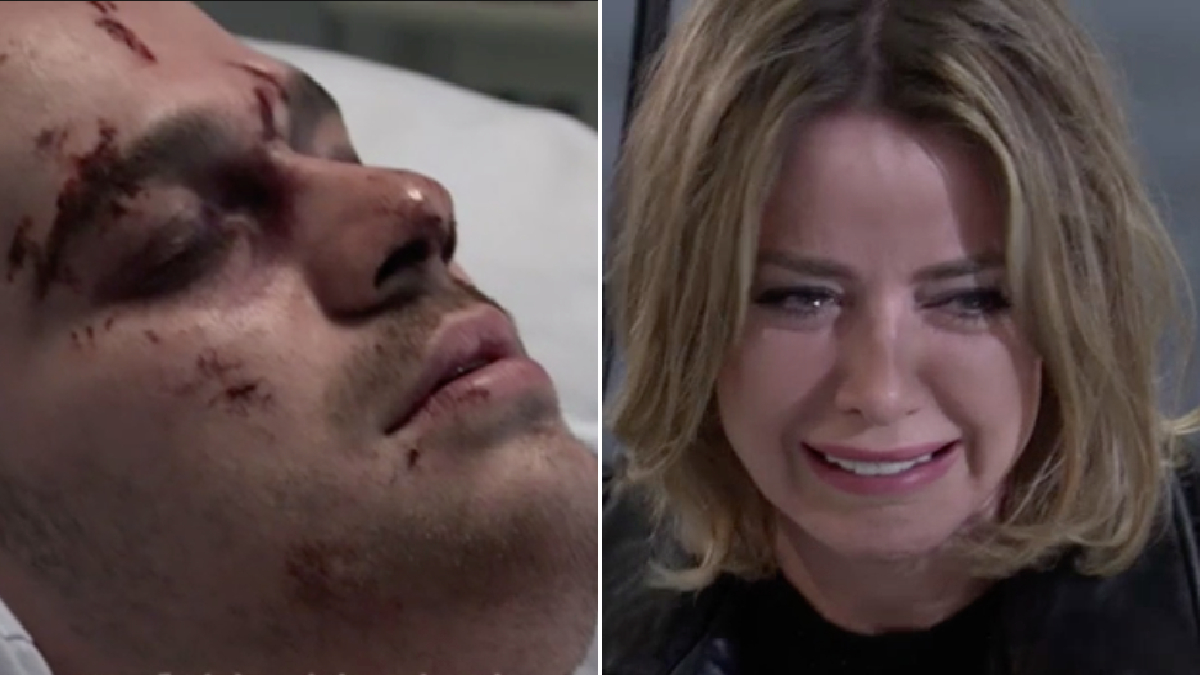 The popular character passed away in tonight’s double-bill (May 7) as a result of injuries he sustained during a violent and brutal assault.

Seb and girlfriend Nina Lucas (Mollie Gallagher) were assaulted in horrific scenes earlier this week, in an unprovoked attack that left both teens fighting for their lives.

Nina regained consciousness, but Seb, however, did not.

‘His body has shut down. There is nothing more we can do, and his heart has stopped.

Abi crumbled, and fell to the floor with grief, while Nina – having learned the crushing news of her boyfriend’s death from Roy Cropper (David Neilson) – burst into tears.

The emotional instalment of the ITV soap left fans heartbroken, many who took to social media to explain their sadness.

One said: ‘What a heartbreaking episode of #corrie but a huge well done to @Harry_Visinoni for all he’s done in being Seb’

‘Whyyy not Seb,’ added another. ‘heartbreaking’

Next week, Abi is on a mission to get justice for Seb, as she informs Kevin Webster (Michael Le Vell) that she’ll stop at nothing to find the murderer.

Nina, meanwhile, becomes upset, as she admits that she cannot remember anything – it’s all still a blur.

Coronation Street continues Monday May 10 at 7:30pm on ITV.