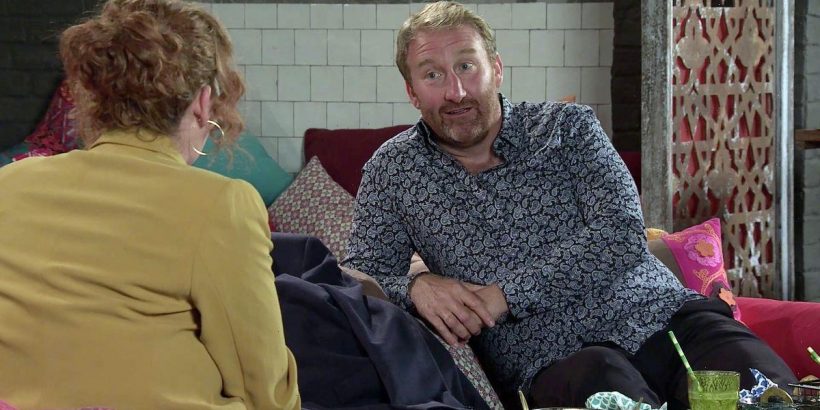 Coronation Street fans have been left fearing for Fiz Stape as she continues to date new boyfriend Phill Whittaker.

In recent scenes, Phill has appeared to have been the perfect boyfriend and has even been helping out with Fiz's home life, running errands and doing the school run, which has left Tyrone (Alan Halsall) annoyed.

However, despite there being no proof of Phill having any sinister intentions, it hasn't stopped soap fans worrying that he could be "too good to be true" and will leave Fiz heartbroken.

Taking to Twitter, one person said: "This Phil gives me bad vibes #corrie."

A different fan put: "I still think something is up with Phil he’s to nice #Corrie."

Another follower commented: "I like Phil he's a nice guy I just hope this isn't too good to be true though #Corrie."

While a different soap watcher added: "Phil’s too good to be true, I suspect. #Corrie."

And despite being jealous of Fiz and Phill's romance, Tyrone got his own love interest during Wednesday's episode as Emmerdale star Gemma Oaten made her debut as Isla Haywood.

Soap watchers instantly recognised Gemma from Emmerdale where she played Rachel Breckle on the ITV soap from 2011 until 2015.

A different account put: "She played Rachel on #emmerdale #corrie."

Isla soon had a "connection" with Tyrone, who recently split from Alina Pop following his devastating separation from Fiz, as they met at a kids' party.

However, it's not long until it is revealed that Isla is actually married, which could cause drama for Tyrone on the cobbles.

For all your updates on Coronation Street , sign up to our daily OK! newsletter.