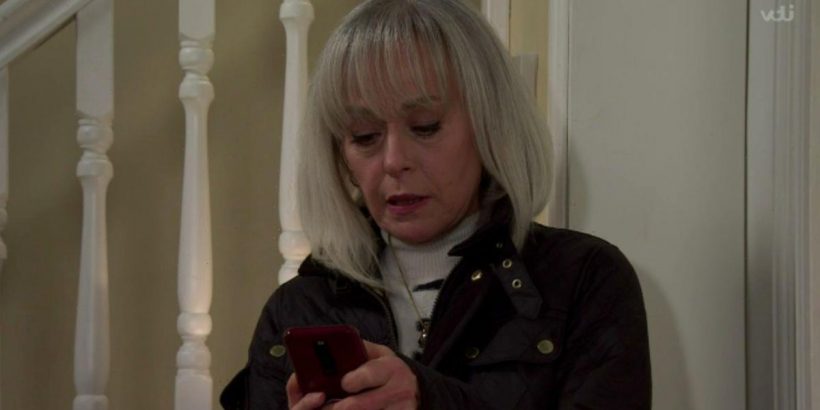 Coronation Street fans have taken to social media to express their shock after seemingly noticing a major plot hole.

Crafty Sharon decided to pay Carla a visit – bringing her some flowers in order to gain entry into her property.

After seeing her phone was in her handbag, she proceeded to pretend she had something in her eye in order to distract Carla.

Sharon was on a mission to find out where Simon has been hiding with his mum Leanne.

Once in the hallway, Sharon seamlessly managed to log into Carla's Google Maps history to bring up hear past searches.

Corrie fans quickly took to Twitter to highlight the lack of pin code on the phone.

"Trying to find something positive in Corrie tonight but it keeps on going downhill. Hopeless writers. Hope you’re checking out comments here. #Corrie."

A second added: "I stay all on my own but my phone still needs face recognition! Well you never know ?#Corrie."

Another continued: "The people of Wetherfield need to put passcodes on their phones tbh #corrie."

Meanwhile, a fourth questioned: "Does no one on Corrie lock their phones with a pin or password then? #Corrie."

But while Sharon did managed to steal a location it turned out to be in vain.

She was later seen in tears after drug dealer Harvey, played by Will Mellor, called her to confirm Simon was not at the location she uncovered.