Viewers slammed Preston Petals' shop owner after she called herself "decent" and decided to "save" Abi from prison. 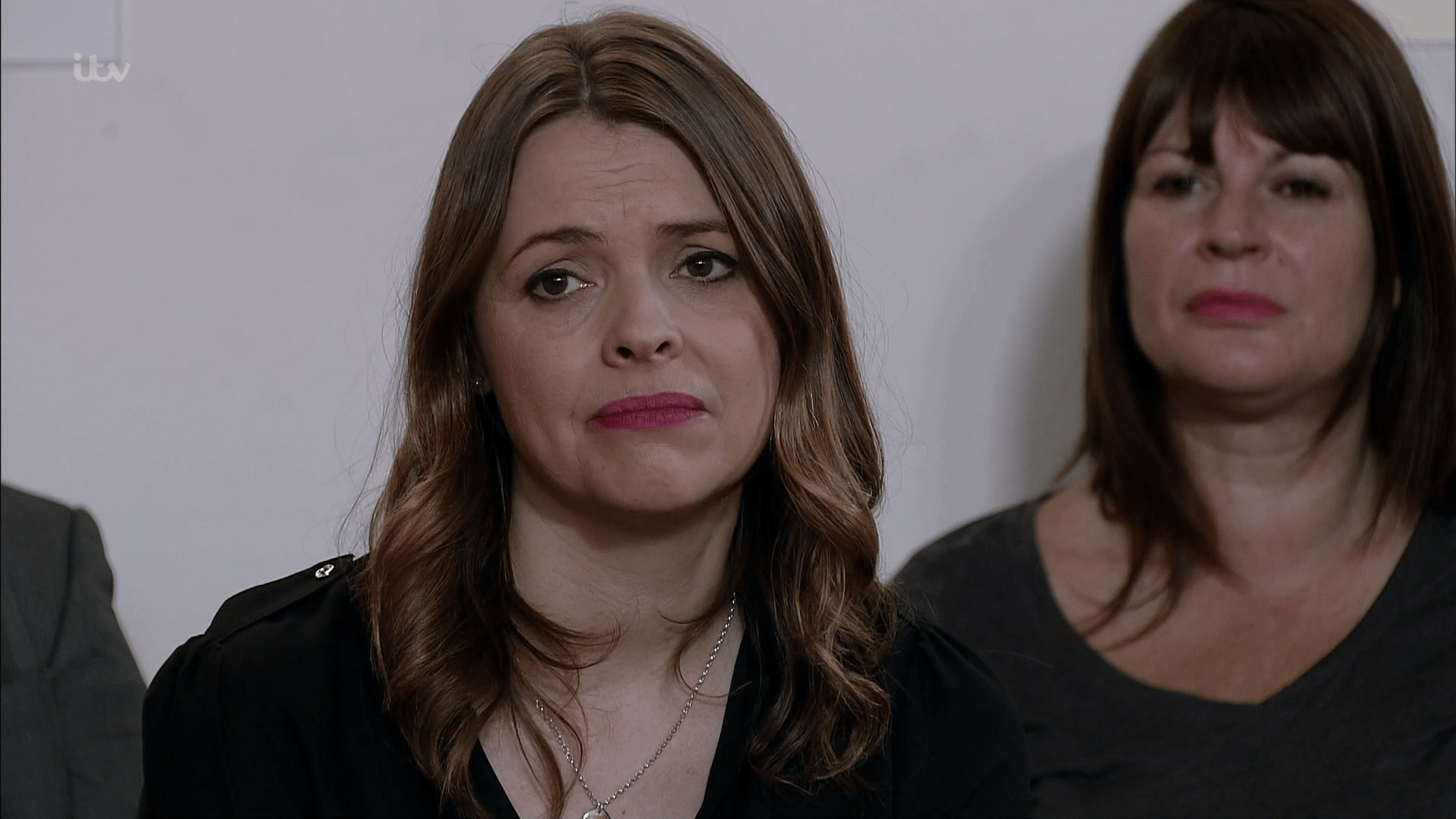 Earlier in the episode, Tracy said she was heading to court to tell the truth about why Abi was covering up for her son Seb, who smashed up Preston's Petals.

But she was ridiculed online when she added: "Because I'm a decent human being"

One fan sniped on Twitter: "Rumour has It everytime Tracy says "I'm a decent person" an angel loses its wings." Tracy sat through Abi's hearing and moments before the judge found her guilty she screamed: "No this isn't right!"

After the judge tells her she can speak, Tracy chickens out and fails to reveal that she knows Seb trashed her shop and not Abi.

Instead, she says: "What I want to say is, Abi does not deserve this."

Fans of the ITV soap know that Tracy deliberately sabotaged Michelle’s motor after thinking that Abi had slept with Steve McDonald.

And Seb was left fuming after drug addict Abi was accused of the crime and relapsed, only to be told Tracy was the guilty culprit.

He hatched a plan to get Tracy back for letting his mum take the blame for something she didn’t do and broke into her shop.