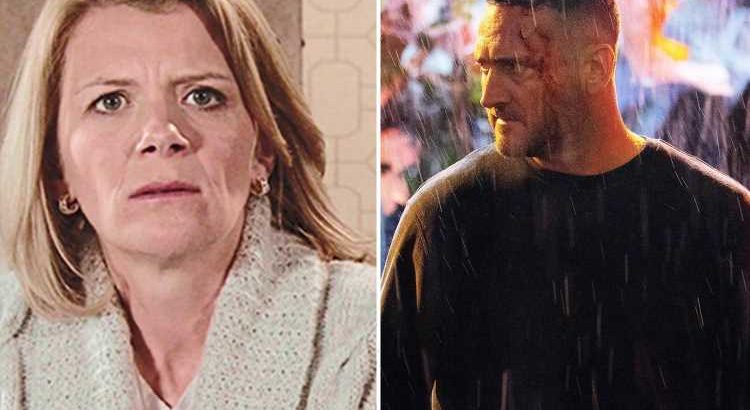 The gangster was jailed in June after Leanne turned police informant when he forced her to sell drugs. 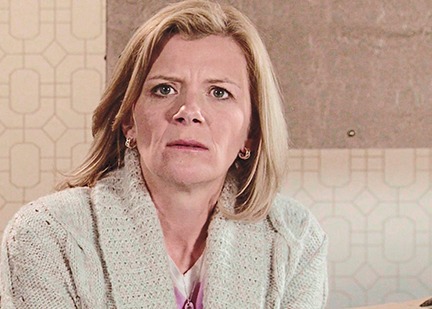 He threatened to kill her if she testified against him – but she still did.

Now the drugs lord, played by Will Mellor, has escaped from prison and is out for revenge.

Jane, who has played Leanne since 1997, took to Twitter after tonight's episode aired and appeared to drop a bombshell about her future on the show.

She typed: "Well its been an incredible 24 years …" as concerned fans immediately quizzed her.

One person wrote back: "I really hope u haven't left Corrie xx"

Another said: "Hey! At least put a 'spoiler alert' if you gonna tweet spoilers"

However, another insisted she was just teasing, writing back: "haha, good one…Leanne will grow old on that street"

Another person insisted: "I think Leanne can give a good fight against Harvey" to which Jane replied: "I hope so".

A bleeding Harvey forced himself to freedom after his prison van toppled over.

Speaking about the dramatic scenes, Jane recently told The Sun: "So it's quite a dramatic week.

"Harvey tries to put the frighteners on them a bit more. Of course, she's terrified.

"She has been battered around the edges, but she's a feisty woman because of all that has happened to her. The death of Oliver suppressed that strength for a little while.

"I have tried to bring that hardness to her at times. I know from reading comments on social media that people either love her or hate her and I understand that completely.

"But in this situation, I feel that having been through what she's been through, it's made her stronger again – she's had to fight for her life.