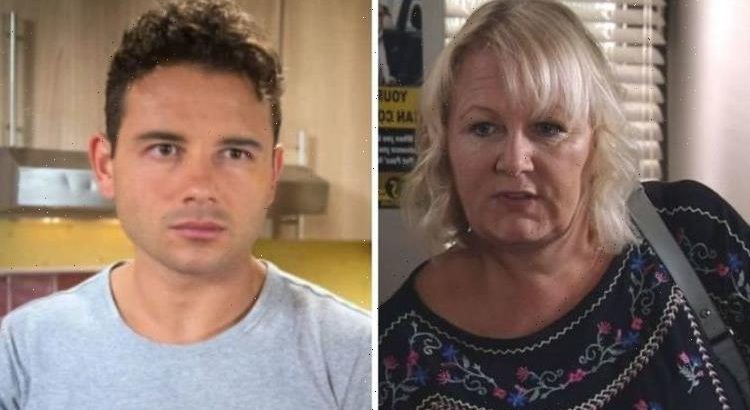 Todd (played by Gareth Pierce) has been exposed after he lied to partner Billy Mayhew (Daniel Brocklebank) about a host of different things, and has become a Weatherfield outcast as even Eileen (Sue Cleaver) has washed her hands of him. But a recent episode of Coronation Street saw her mentioning Jason (Ryan Thomas), who left the ITV soap in 2016. Fans are now speculating he could be making a return as Eileen falls apart over her family.

Earlier this month, Eileen mentioned that Jason had become involved in an online scam and had lost lots of money.

Jason spent 16 years on the cobbles, and the storyline saw him involved in relationships with various characters such as Candice Stowe (Nikki Sanderson) and Becky McDonald (Katherine Kelly).

He married Sarah Platt (Tina O’Brien) at one point, and the couple had a daughter, Bethany (Lucy Fallon), together in their teens.

Sarah and Bethany temporarily moved abroad, but now live back in Weatherfield.

Jason and Sarah divorced in 2007. Although he stuck around for a few years after, Jason left for Thailand in 2016.

During the pandemic, it was mentioned that Jason was self-isolating in Thailand after coming into contact with someone diagnosed with COVID-19.

But with Eileen pushing Todd away and trying to cope with the repercussions of his actions, could Jason return back to Coronation Street?

Todd was considering leaving Weatherfield himself after his scheming ways were discovered, but his employer George Shuttleworth (Tony Maudsley) persuaded him to stay.

“I can see you’re in pain,” George told Todd. “You love your mum, you love Billy and Summer – you might have just lost them all.”

Todd replied: “Billy hates me. My mum won’t let me in the house. Summer… she can’t even look at me. I’ve got nothing.”

George then admitted some secrets of his past, replying: “It might surprise you to know that I wasn’t always the upstanding gem you see here before you.”

He continued: “I messed up. Big time, in my past. But I worked hard and eventually – and with some graft, I was forgiven.”

With Todd agreeing to stay, Eileen could continue to torture herself over how things have turned out.

Fans have concluded that the recent mention of him indicates he may return.

Taking to forum site Reddit, one said: “Just thought it was strange that Eileen mentioned him the other day.

“Didn’t she say he was in some sort of trouble in Thailand? Last I heard he wasn’t in Neighbours or similar.

“Be good to see the Grimshaws back together.”

Another wrote: “I imagine he will come back eventually”, while a third commented: “I miss him, but I believe that in real life recently said he is not coming back.”

“Perhaps if they recast,” another penned. Todd himself was recast for his return in 2020.

From 2001 to 2017, he was played by Bruno Langley. After a three-year absence, the character returned to the Street, portrayed by Gareth.

It’s common for soaps to recast characters they want to bring back, so it’s possible Jason could be back on screens under a different actor.

And it seems as though the soap may be setting a story up for the beloved character to make a comeback.

If Jason returned, the Grimshaws would be back together on the Street for the first time in years.

And with Todd staying firmly where he is despite all the trouble he’s caused, he’s hardly likely to be in for a smooth ride.

Could Jason come back to broker peace between his mum and brother?

Coronation Street continues on Monday at 7.30pm on ITV.