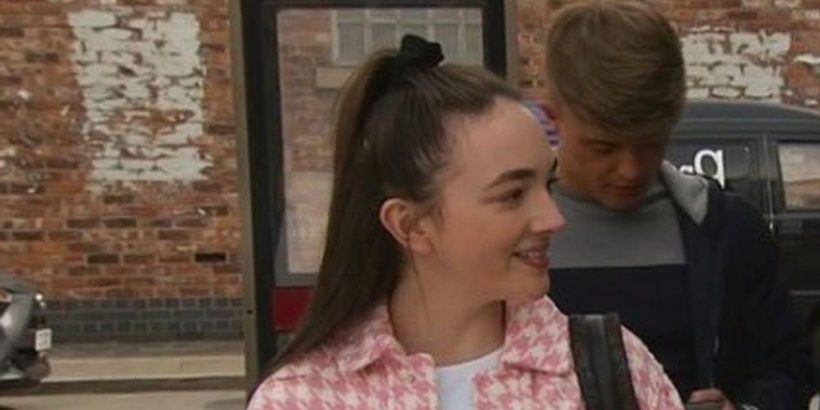 The young actress has joined the cast of the ITV soap as Max Turner's (Paddy Beaver) love interest.

She often updates her Instagram pages with stunning snaps.

In one photograph, the TV star can be seen posing for a mirror selfie wearing a strapless black top.

Another picture shows Isabelle posed for the camera as she enjoys cocktails on a night out.

She's also shared behind-the-scenes snaps from her time at Coronation Street so far.

Fans are set to see a lot more of Isabelle in upcoming scenes.

Troublemaker Max has been hanging out with his new school friends as he settles into life at a pupil referral unit after being kicked out of Weatherfield High.

Max and Sonya have since been messaging in secret and things quickly heated up between them as they started flirting.

Max's new pals seem to enjoy winding him up and eagled-eyed fans of the ITV soap have questioned if these same characters are actually pranking him as part of a sick joke.

Taking to Twitter, one fan penned: "I can see Max getting bullied and been the target of a prank with these new people."

Another added: "Who Max is actually messaging? It's not Sonya."

A third person posted: "I think Max is getting set up by his so called friends this won’t end well"

While a fourth social media user said: "I have a feeling Max is being set up for a beating, I might be wrong but."

"Is Max being set up by those lads?," a fifth person asked.

Sonya called Max "cute" in one text message before the pair appeared to agree to go out on a date.

Max later replied: "I think the word you're looking for is… Hench."

Viewers at home were left cringing at the conversation between the teens.

One Corrie fan wrote: ""Must be getting old had to Google the meaning of hench."

A second person tweeted: "Not the word hench on #Corrie CRINGE."

Corrie spoilers have revealed that Max gets nervous about his date with Sonya in upcoming scenes and decides to cook a surprise tea for his guardians David (Jack P. Shepherd) and Shona Platt (Julia Goulding).

Curious as to why he is cooking for them, he admits that he wanted to practice his cooking skills before Sonya made her way over.

If Sonya really is on the other end of the messages, could his new romance see Max turn a corner?