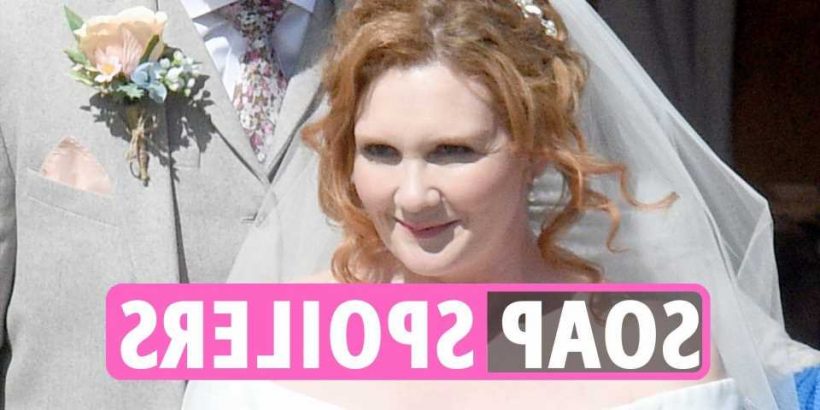 STUNNING Jennie McAlpine has caused a stir in her character's wedding gown.

Corrie's Fiz Stape, is set to marry Phill Whitaker despite finding out his secret.

Photos of Jennie have been shared showing how beautiful she looked in Fiz's outfit for the big day – she wore a white, off-the-shoulder ankle-length dress. It was paired with white heels, while her iconic locks were left to frame her face.

Whitaker, played by Jamie Kenna, revealed he was planning to write a book on Fiz's murdering ex-husband, John Stape.

After admitting that she too was convicted of helping her husband, Whitaker admitted that it wasn't news to him and he knew a lot more than she thought, having researched both Fiz and John Stape.

Whitaker said he hopes to get Fiz's side of the story across in the book.

Though Fiz was originally appalled and angry, she forgave Whitaker when he apologised by way of proposal.

Tune in to ITV to find out if the wedding goes ahead!

Read our soap spoilers blog below for the latest gossip & storylines