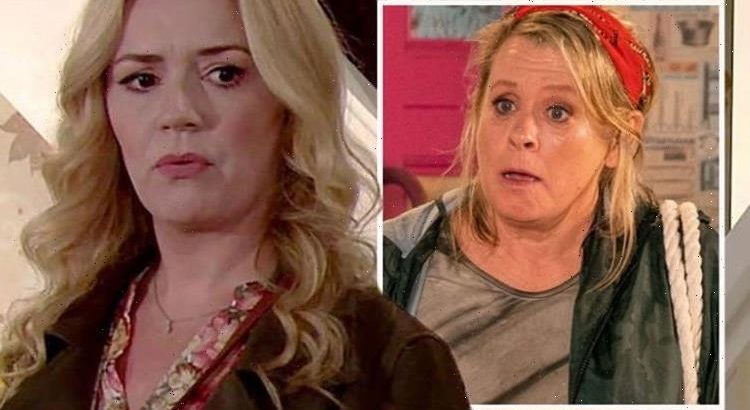 Natasha (played by Rachel Leskovac) hasn’t had a romance since she arrived back on Coronation Street last year with 10-year-old son Sam Blakeman (Jude Riordan) in tow. The former troublemaker’s connection with Nick Tilsley (Ben Price) was touched upon but with the Underworld factory boss committed to his relationship with Leanne Battersby (Jane Danson), nothing else was explored between the pair. Having struggled to find love, the hair salon owner could strike up a rapport with neighbour Bernie (Jane Hazlegrove), with one thing leading to another as the duo might catch feelings for one another on the ITV soap.

It’s fair to say, Bernie hasn’t had the greatest luck with men either as her last boyfriend, Kel Hinchley (Joseph Alessi), turned out to be a paedophile.

Ever since, she has been trying to help her son Paul Foreman (Peter Ash), who was one of the villain’s victims, with his recovery.

Also, she has been helping daughter Gemma Winter (Dolly-Rose Campbell) take care of her quadruplets all whilst holding down multiple jobs.

Bernie could appreciate some fun and as she finds a drinking partner in singleton Natasha, the pair might realise they have more in common than they originally thought.

Having had such a bad history with men, will the two women give a same-sex affair a chance and explore a different side to their sexualities? 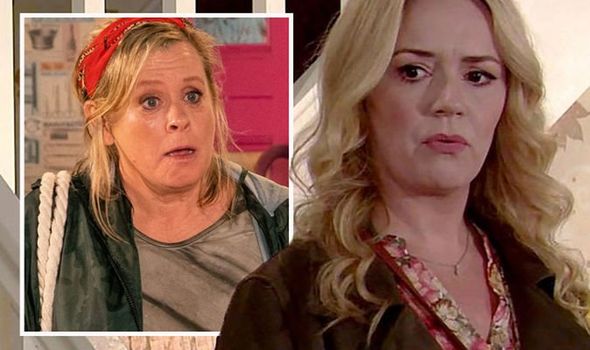 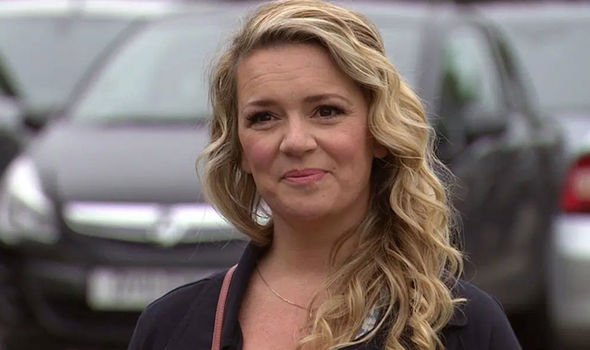 Speaking to Express.co.uk and other press, the actress who plays Natasha, Rachel, hinted she would like her character to spend more time with Bernie on-screen.

The soap star explained: “You know who I would really love [to work with] and I’ve said this before but I love Bernie.

“I just think it will be really interesting. So yeah, I’d love to, to get some scenes with her and I need to get in the Rovers, I have not been in the Rovers for a Gin and Tonic yet.”

Although she didn’t stipulate an affair explicitly, the star of the show have given the writers an idea of who she could have a romance with and what could bring them together.

What Rachel did confirm was her alter-ego’s chemistry with Nick seems to be well and truly in the gutter after the fallout of the latest episodes. 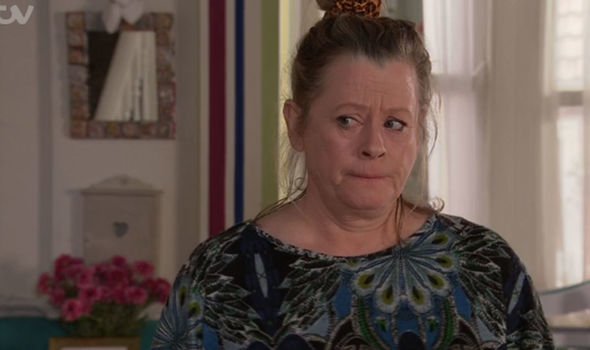 Natasha was left in a state of panic recently when Sam went missing and this forced his father to come out of hiding as he was on the run from a drug gang.

It later emerged the drug gang was behind the 10-year-old’s kidnap and they warned Nick if he didn’t get Leanne to withdraw her statement, more harm would come to his child.

The mother-of-one was greatly distressed and any love she felt for her former lover quickly turned to hatred for putting their son in danger.

Asked whether there would be a chance they would reunite romantically, Rachel said: “They have a history, don’t they?

“So that’s always going to be there and with so much water under the bridge, I think there could have been a possibility of rekindling their relationship.” 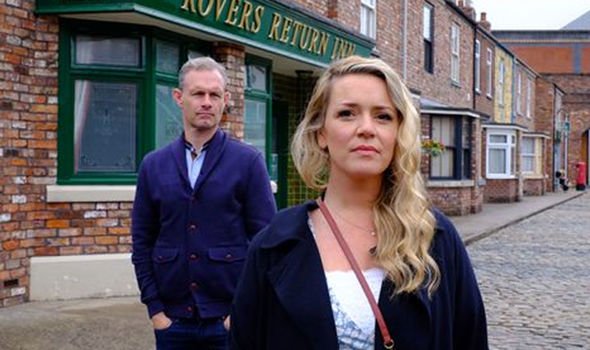 “But [not now] under the circumstances, especially given the fact that he’s lost Leanne’s little boy, and he feels like he was a dad to him,” the soap star explained.

“Even Natasha wouldn’t have pushed it any further than what she did, which was hardly anything I don’t think from what we’ve seen.

“Her feelings were coming back because it was the perfect family unit. And again, seeing Sam so happy as they’d been living together for quite a period of time.

“So, I think she can be forgiven for thinking there’s some mileage in that.

“Also because at that time that Leanne was pushing him away so I don’t think she would have stepped on her toes again, they’re older and wiser.”

As a romance with Nick is dead and buried, could this be another indicator Natasha could move on with someone like Bernie?

Rachel returned as her character last year after a 10-year absence and ever since, the hair salon owner has been at the centre of some hog-profile storylines.

Asked if she would like to stay on the cobbles for the foreseeable, the actress said: “I would love to stay because love the show and I love the people in it.

“I think there is a load of scope for Natasha, especially as she has a son to Nick and there are so many more relationships to explore.

“Obviously, the main focus has been on introducing Sam to Nick. It’s been just a brilliant place to work.”

“Being asked back, as well, it’s like a real honour because they didn’t have to and they could have recast as they’ve done before,” Rachel continued.

“I’ve just got such a soft spot for it and what’s brilliant about working on a soap as opposed to six-part dramas is the possibilities are endless.

“As an actor, to be able to develop your character consistently and continually is a really wonderful challenge in itself.”

With all these possibilities still to explore with Natasha, could a same-sex relationship be one of the ideas on the cards?