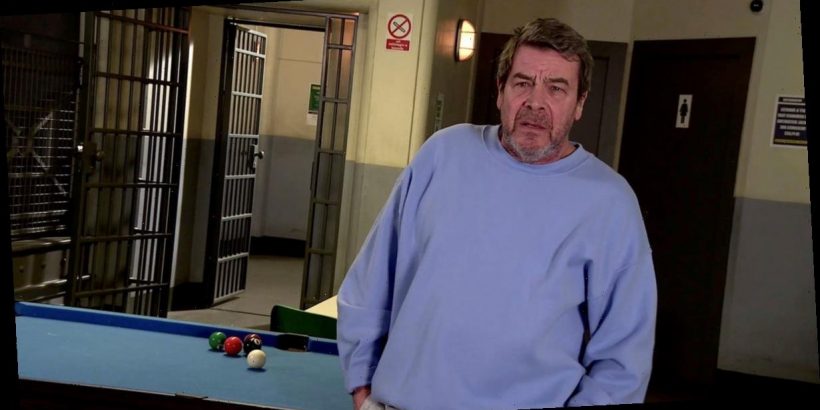 Coronation Street 's drama is set to heat up next week, as Ray Crosby (Mark Frost) returns from the dead and Johnny Connor (Richard Hawley) starts to see ghosts.

It all kicks off when Ray assaults Debbie Webster (Sue Devaney) in the bistro, only for her loyal brother Kevin Webster (Michael Le Vell) to leap to her rescue.

Elsewhere, Carla Connor (Alison King) grows concerned when Johnny admits he has started hallucinating – leaving her with a difficult decision on her hands.

Carla isn't the only one facing an internal battle, as young Simon Barlow (Alex Bain) tries his best to support his grieving mum, as Leanne slides down a slippery slope.

And, Tyrone Dobbs (Alan Halsall) is left panicking when he gives a thief the chance to rob him blind – with potentially catastrophic consequences.

Below are the juiciest Corrie spoilers of the week – don't miss an episode.

Leanne Battersby (Jane Danson) heads for lunch at the bistro with Nick Tilsley (Ben Price) and Simon, pretending everything is fine in her job with Imran Habeeb (Charlie de Melo).

Simon remains tight-lipped but secretly worries about his mum's lies.

Later, Leanne thanks her son for his support, as Simon tries his best to pretend he's able to cope.

When Leanne finds a feather, she's convinced it's a sign from Oliver and turns to a TV psychic to back up her suspicions.

Keying in her card details, she hopes the psychic will tell her what she wants to hear – but has she fallen victim to a scam?

One of Johnny's friends in the clink, Joe, invites him to play pool, but he turns him down.

Joe later suffers an overdose in his cell, leaving Jenny Connor (Sally Ann Matthews) fearful it could bring back memories of Aidan for Johnny.

When Carla heads to the prison to visit him, Johnny admits he is hallucinating and has been seeing animals and visions of Aidan.

She agrees not to tell Jenny the truth, but secretly contacts the prison doctor to seek some professional help and counsel.

Johnny rails at Carla when he finds out and reveals the doc has referred him to a psychiatrist.

When he comes clean to Jenny, she's terrified for the state of his health – and seethes at Carla for lying to her.

Will medical intervention help to save Johnny, or will his hallucinations only worsen?

Debbie makes Abi Franklin (Sally Carman) feel guilty, pointing out she saved her life and was forced to kill Ray in an act of self-defence.

Later, Debbie meets with Ray's accountant, Miles, and shares her plans to get the crooked businessman – who is actually still alive – locked up.

Abi then tells Kevin everything about the night of the attack, only for her boyfriend to urge her against believing Debbie's lies.

With the court date looming, Debbie vows to use Ray's money to fund Faye's case, leaving Kevin even more suspicious.

Ray goes undercover in the bistro, posing as a workman and eavesdropping on Debbie's conversation with Miles, figuring out her plans for revenge.

Suddenly, he leaps upon Debbie and forces her into the fridge, only for Kevin to knock him over the head with a frying pan.

Unfortunately, when Kevin tries to help Debbie out of the icy chamber, Ray manages to lock them both inside.

Will the Webster siblings freeze to death in the bistro's icebox?

Fiz Brown (Jenny McAlpine) fumes at Tyrone over his decision to turf Alina Pop (Ruxandra Porojnicu) out of the house, and he makes matters worse when he suggests she ought to get a job at the salon.

When Alina reacts badly, Fiz reminds Tyrone she was involved in a trafficking scheme the last time she worked in a salon.

Pleased, Alina comes by the furniture shop and invites Tyrone for a coffee, but when he returns, someone is helping himself to all the goods inside.

The stranger, whose name is Leon, insists Fiz gave him permission, and Tyrone foolishly believes him.

How will Gary react when he learns half their stock has been nicked?

David Platt (Jack P Shepherd) and Tracy Barlow (Kate Ford) get caught up in a furious bidding war, as both parties set their sights on number eight.

Shona Ramsey (Julia Goulding) comes up with a plan to intervene, disabling the internet and leading to a ruckus in the middle of the street.

David is horrified when he realises someone else has won the bid, securing the lease for the house on the cobbles.

They look inside number eight to see who has bought the house – but who could it be?