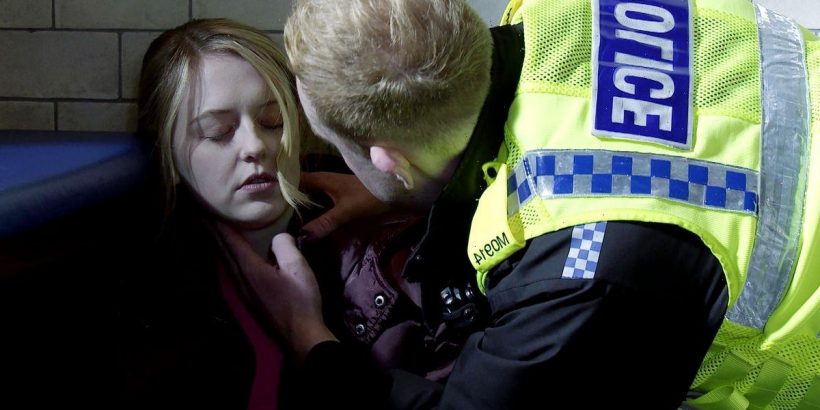 Summer Spellman has unintentionally caused her friends and family to worry about her health in ITV's Coronation Street as they continue to question whether she is managing her diabetes effectively on her own.

But according to Coronation Street spoilers, things will take a turn for the worse for the young student.

When Amy Barlow tackles her in Victoria gardens a pale Summer loses her cool and tells Amy to back off.

Meanwhile, reformed bad boy Jacob Hay has taken advantage of Evelyn Plummer over-ordering alcopops at the shop and having bought a few, he decides to sell them in Victoria Gardens for a profit to pay his rent.

Seeing that he's up to no good, Simon Barlow reports Jacob to the police and as they arrive at Victoria gardens Jacob does a runner leaving the final two boxes of alcopops on the bench.

When the police officers arrive at the scene they find Summer slumped on the bench next to the boxes of alcopops.

As they immediately assume that she is drunk they feel they have no other choice than to take her down to the station.

When hearing that Summer may be in trouble, Amy and Aadi Alahan call the police station and tell Craig Tinker about Summer’s arrest and how they suspect she might be suffering from her diabetes.

Panicked, Craig hurries to the cells where he finds Summer in a diabetic coma. Fearing for Summer's life, Craig shouts for someone to call an ambulance.

During Wednesday's episode Summer's guardian Billy Mayhew summons Todd Grimshaw and Paul Foreman to the cafe and tells them about Summer’s eating disorder and how they all need to look out for her going forward.

But Summer is upset when she finds out that they've all joined forces.

But she is even further mortified when Aadi quizzes her about a basket of food she has bought for the foodbank and realises Todd has asked Aadi to keep an eye on her too.

Todd begins to feel guilty when Billy reveals she was telling the truth but Billy also makes a shocking discovery.

Later on in the week, Billy confirms that he’s arranged for Summer to attend a diabetes support group and tells her to put her revision to one side.

Summer reluctantly goes along and meets Aaron who is a fellow diabetic. As the pair get talking, he ends up giving her his number.

Knowing that Summer made a connection Billy is pleased to see her making friends.