Coronation Street legend Bill Roache is pleased that the show is revisiting the comical side to his character Ken Barlow.

Bill has played Ken Barlow since the show began back in 1960 and has admitted that the more light-hearted stories help to “lift his mood”.

Ken took centre stage in a dark plot last year when he was pushed down the stairs by his son Daniel Osbourne, but has been at the forefront of some more comical scenes of late. 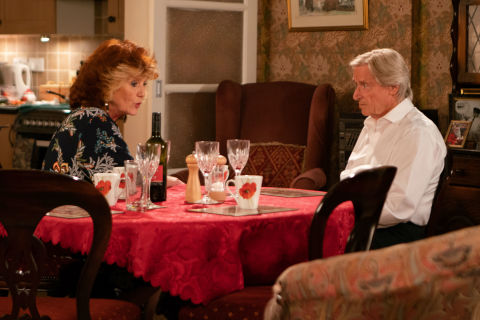 He said: “I love playing the drama and all the big scenes in the Barlows but the comedy has been good to do recently.

“After a full day it does seep into you and lift your mood, I always found that in theatre, and it’s really nice to do.”

Bill also revealed that he is enjoying exploring Ken’s dynamic with Claudia Colby – who has recently returned to the show after seven years away.

“Rula is lovely, I’m so lucky to have some of the people I work with and she’s one of them”, Bill said. “She’s wonderful and so good.” 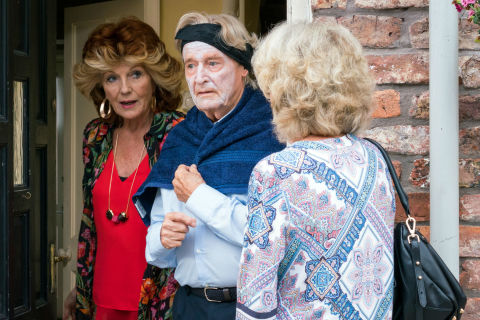 He added: “I love playing the lighter stories with Claudia and Audrey, the flirtations between them, the slight jealousies and the stories from the past.

“Whether there will ever be a long-term relationship between them I’m not sure, I think there’s much more to play this way.”

Luckily, it looks like Ken’s more comical stories could continue, with the show’s new boss Iain MacLeod recently stating that he wants to focus on the balance between light and dark stories. 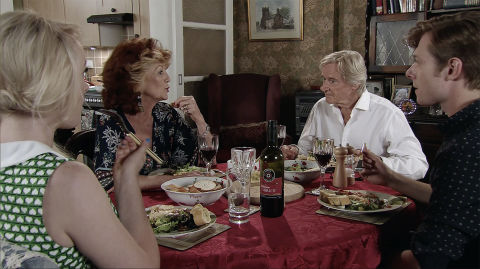 He said: “I wouldn’t say Kate’s stories were too dark at all, so I don’t think people will see a change in the tone of the show when my name appears on the end of the credits. Only an idiot would come in and think: ‘Let’s turn it into something different, let’s rip up the rule book and try to change the DNA of the show’.

“Corrie‘s done very well for nearly 60 years before I got here and it’ll hopefully continue to do really well 60 years after I’ve gone. Therefore I’m the custodian of that DNA and that tone, so I don’t intend to do anything radically different.

“If I’m going to do anything, it’s to focus on balancing any dark stuff with lighter stuff and with comedy and with character, which is what people first fell in love with about Corrie – including myself.”

Digital Spy Soap Scoop video – hit play below for all the latest EastEnders spoilers, as Ruby faces a difficult decision and Dot pays a visit to Doctor Legg.