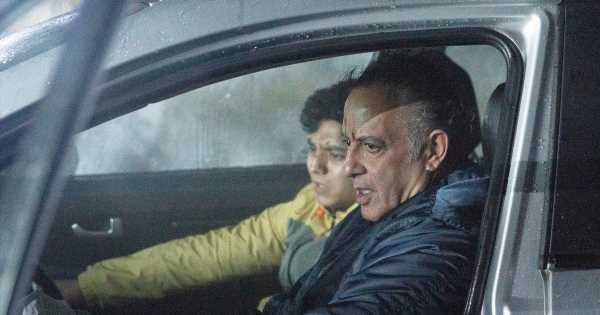 Coronation Street’s Jimmi Harkishin has said that his character Dev Alahan feels “no guilt” over leaving son Aadi to be consumed by flames.

Fans of the ITV soap were shocked as Dev left his son (played by Adam Hussain) trapped inside the car as he rescued his daughter, Asha.

As Dev saw that Aadi was trapped, he opted to jump into the back of the car and rescue his unconscious daughter instead of helping Aadi first.

Jimmi told to Metro: “Aadi is trapped in the front of the car but he is lucid and talking whereas Asha is unconscious.

“It’s a knee-jerk reaction from Dev – who do you try to get to safety? His daughter isn’t talking, she is not responding and I really do think that is the only thing that Dev could have done.”

Getexclusive celebrity stories and fabulous photoshoots straight to your inbox with OK!'s daily newsletter . You can sign up at the top of the page.

But Dev was quick to tell Aadi to free himself as he pulled Asha (Tanisha Gorey) from the wreck.

After getting Asha to safety, Dev headed back towards the vehicle to help Aadi but was too late, with the car exploding.

Jimmi continued: “It wasn’t a question of choice or favouritism, it was who needed his help more at that time. He had to pull her out and he was going to come straight back for his son but then the car explodes.“

Viewers of the nail biting incident were in shock as Aadi was left without help in a moment of need and seemingly perished.

One tweeted in anger: "Omg Dev!!! That poor boy why wouldn’t he save his son first and they’d both get the girl out."

Another added: "Help yourself” Errr no Dev!"

Aadi and Dev were planning to go on a father and son bonding trip together when the accident happened.

Aadi had been rattled just before the crash as Asha ended up joining them on the trip, leaving him to think that Dev will always put her first.

Jimmi added to Metro: “Dev doesn’t favour Asha more at all and as a parent myself, I know you would never allow yourself to think that. I don’t think there is a favouritism thing going on.”