Coronation Street shocked fans when Asha Alahan’s (played by Tanisha Gorey) boyfriend Corey’s (Brent Maximus Evans) recording of her getting undressed went not only around the school but on the internet. Since then, dad Dev (Jimmi Harkishin) has been battling with his children trying to keep them safe as they continue to lash out and rebel. So why is Dev a single dad and what happened to wife and mother Sunita (Shobna Gulati)?

Sunita first appeared in Coronation Street in 2001 when she fled Mumbai to avoid an arranged marriage.

She knew Dev so he gave her somewhere to stay until the day of the wedding passed and her parents disowned her as a result.

Dev gave her a job at the Corner Shop and in 2003 she was planning to marry Ciaran McCarthy (Keith Duffy) but called it off when she realised he didn’t actually love her.

Sunita was left devastated the following year when she was diagnosed with a brain tumour. 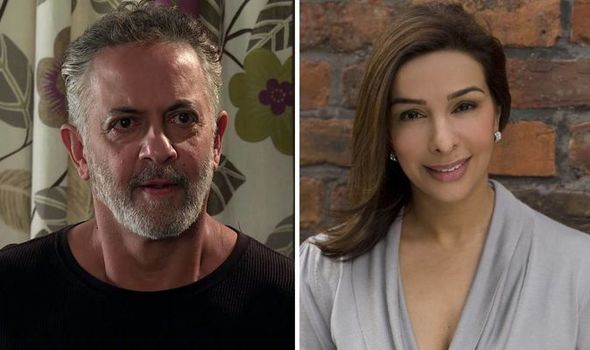 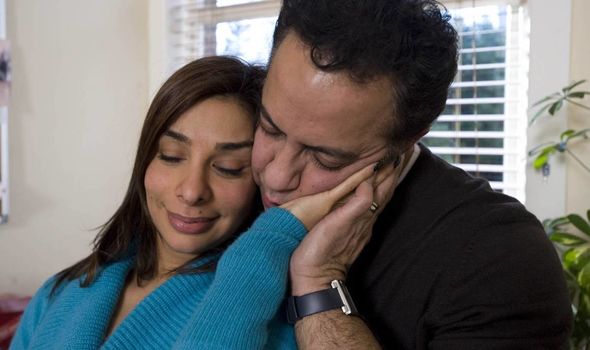 Sunita’s illness brought her and Dev closer together as he took care of her.

As the pair fell madly in love with one another, Dev ended his relationship with Maya Sharma (Sasha Behar) to be with Sunita.

She was then successfully treated for the tumour and married Dev – but Maya wanted her revenge and so held the newlyweds hostage in the Corner Shop with the plan of burning them alive.

Thankfully, Dev and Sunita were rescued by Ciaran and Charlie Stubbs (Bill Ward) before it was too late. 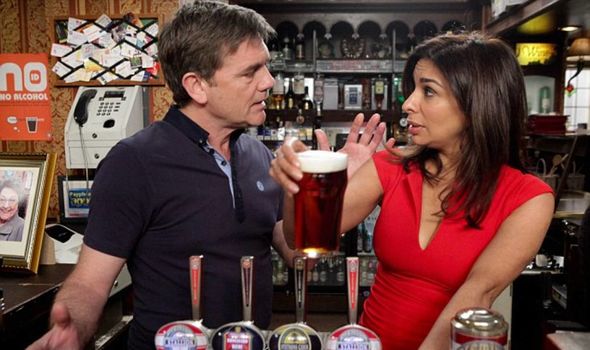 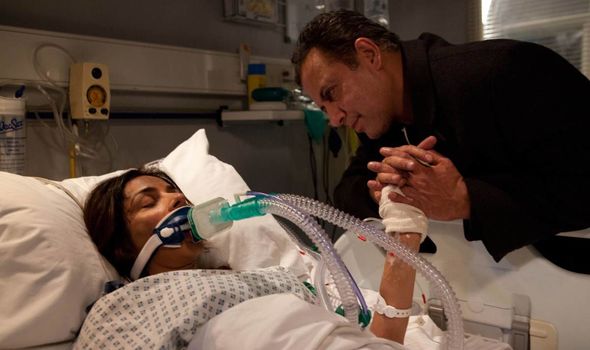 In 2006, Sunita gave birth their twins Aadi and Asha but their happy life was about to come to an end.

Sunita discovered Dev already had two other children who he had fathered with other women who previously worked in the shop.

The couple divorced and Sunita got custody of the twins as well as their house.

This wasn’t the end of their love story though as she was once again engaged in 2010, this time to Matt Davis (Christopher Colquhoun), but left him to get back with her ex-husband.

The family of four moved in to number 7 Coronation Street but she refused to marry Dev again, despite numerous proposals.

Just two years later though, Sunita left the Corner Shop to work at the Rovers Return where she embarked on an affair with Karl Munro (John Michie).

Once things started to get more serious between them, the appeal wore off for both of them and they attempted to return to their original partners.

Unfortunately for Sunita though, her involvement with Karl led to her untimely death.

While the pub was burning down with Sunita inside, Karl left her to die so no one would find out what he had done.

She survived the fire but while she was in hospital, Karl dislodged her breathing tubes to finish what he had started.

Weatherfield’s residents finally found out what Karl had done and he was sent to prison in 2013.

Coronation Street is available to watch on Mondays, Wednesdays and Fridays on ITV.