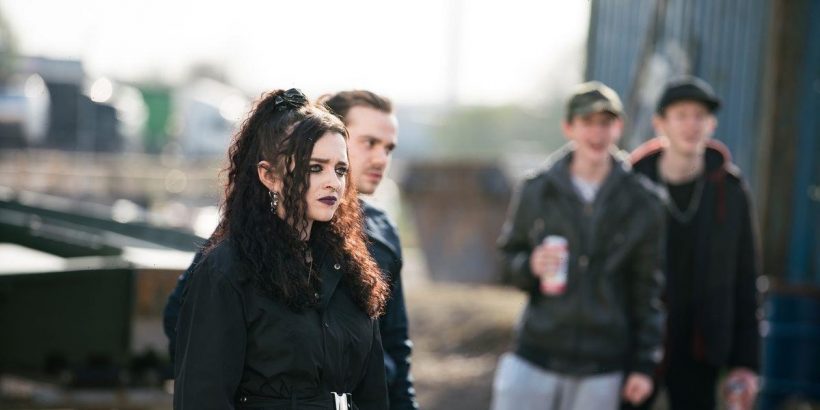 Coronation Street thug Corey Brent will be left for dead next week when a plot to get him to confess to Seb Franklin's murder goes horribly wrong.

Corey was part of a gang that attacked Seb (Harry Visinoni) and kicked him to death in an unprovoked attack that began with abusing Seb's girlfriend Nina Lucas ( Mollie Gallagher ) over dressing as a goth.

So far, he has managed to avoid being arrested but next week his girlfriend Asha Alahan (Tanisha Gorey) and Seb's mum Abi (Sally Carman) hatch a plan to see him brought to justice – although it will end in disaster.

She will convince Corey that she wants to get back together, which Nina overhears and feels betrayed by her friend until she hears her scheme.

Asha teams up with Abi after seeing her following Corey with a bottle and warning her that Seb would not want his mum to end up in prison.

Instead, Abi buys some drugs from a dealer which she passes on to Asha, who spikes Corey's drink at his flat while they are supposed to be spending the night together.

Her plan is to go through Corey's phone for evidence while he is passed out, but when Nina calls Asha to see how she is getting on, the noise wakes him up and he begins stumbling around the flat confused at what is happening.

Things take a turn for the worse when Abi and Nina arrive at the flat to see if Asha needs help and Corey tries to push past them at the door, but ends up stumbling and falling down the stairs.

As his body lies in an apparently lifeless heap in the stairwell, the three women face a huge decision over whether to call for an ambulance, or leave him to die – and how they will explain their part in the accident.