Vicky is mum to bully Tyler, who Simon bravely gave evidence against in court while he was on trial for attacking pensioner Flora McArdle in Daniel Osbourne’s flat. 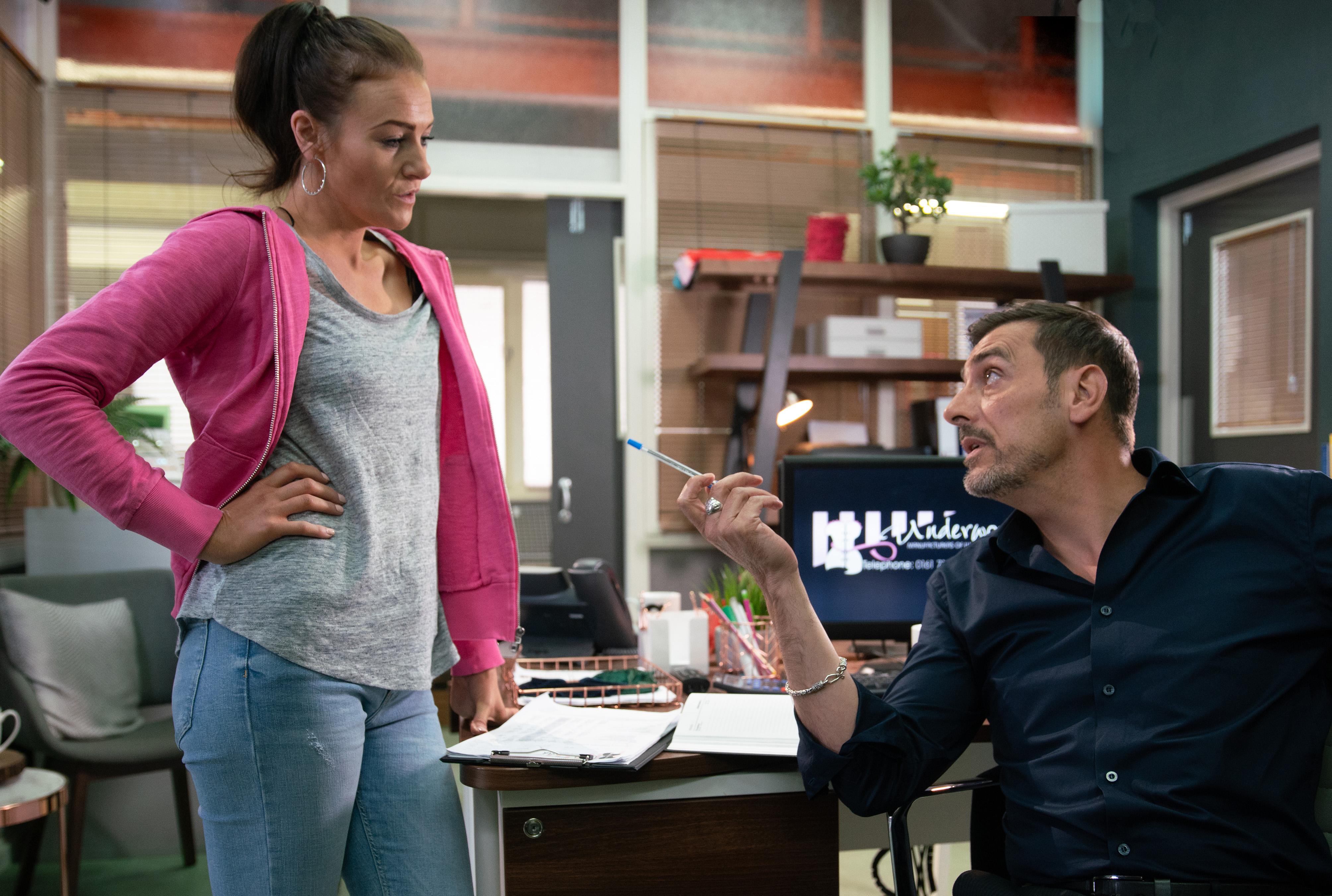 As the week kicks off Vicky – who is working as a packer in the factory – takes great pleasure in winding up the girls in the factory, while Peter wishes he could fire her.

He can’t though because he promised Simon, Alex Bain, he wouldn’t when the schoolboy told him it would make his life even worse if his dad sacked his bully’s mum.

But as the week goes on Peter, played by Chris Gascoyne in the ITV soap, reaches the end of his tether with Vicky who has delighted herself by goading Sinead Tinker.

Furious Peter bans the use of mobile phones in the factory and when Sinead – who is waiting for a call about her biopsy results – answers hers, Vicky reports her to Peter and tries to grab her phone. 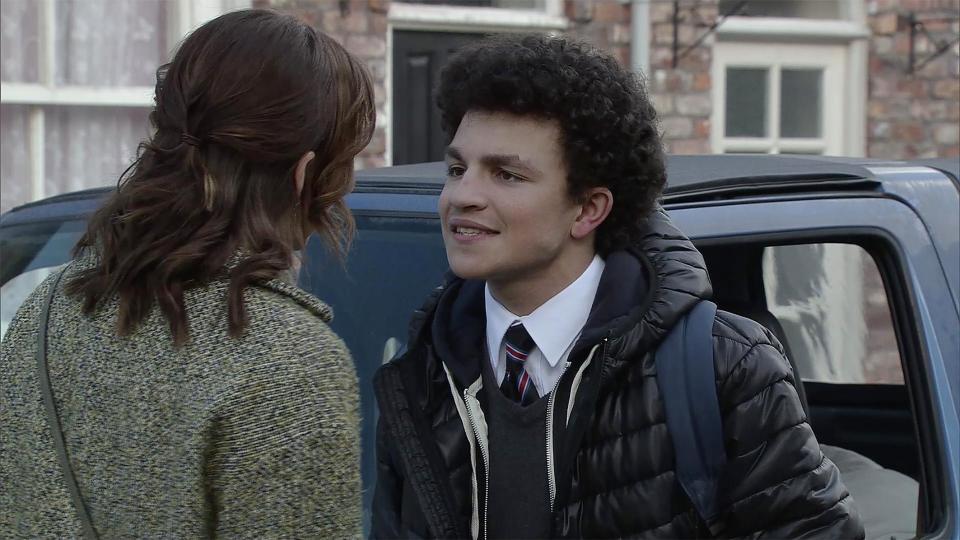 A fight breaks out and Peter ends up suspending Vicky, actress Kerri Quinn, and Sinead for an whole week.

When Peter reveals to Simon that he’s had to suspend Vicky, Simon is horrified, fearing that Tyler and his gang will make his life hell.

Meanwhile Izzy and Fiz tell Peter that if Vicky continues at the factory, they’ll walk, leaving him torn over what to do for the best.

What will he do?