Coronation Street fans will see the pressure mount for Sinead Tinker next week as she continues to keep quiet about her cancer diagnosis.

Heartbreaking scenes this Friday (October 19) will see Sinead’s worst fears confirmed when she’s told that she definitely has cervical cancer, leaving her with a difficult decision to make over her pregnancy.

As the news sinks in, Sinead (Katie McGlynn) is still reluctant to tell her boyfriend Daniel Osbourne the truth, but this choice could be taken out of her hands when his dad Ken Barlow finds out.

When Ken sees Sinead crying at the hospital, she has to tell him what’s going on. Much to Ken’s concern, Sinead explains that she doesn’t want Daniel to know right now. 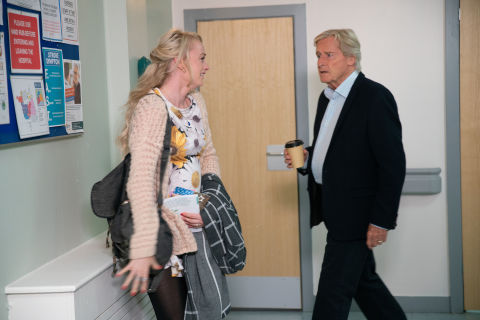 New spoilers for next week have revealed that Ken will struggle badly with keeping the secret, urging Sinead to tell Daniel the truth for both of their sakes.

As Sinead’s symptoms also become more obvious, it’s clear that keeping the truth under wraps won’t be possible for much longer anyway. Is it time for Daniel to know what’s going on?

Teasing next week’s episodes on its official website, Corrie confirmed: “Ken mounts pressure on Sinead to tell Daniel her secret. But when Daniel walks in on them, he demands to know what Ken has done.

“As they walk out of the cafe, Sinead suffers from a dizzy spell. Will the truth be revealed?” 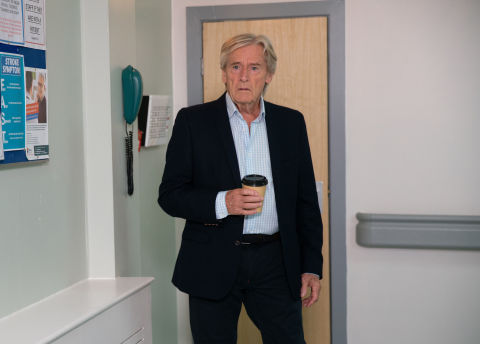 Bill Roache, who plays Ken, has recently spoken about the terrible dilemma his legendary character faces once he knows the truth about Sinead.

He explained: “Ken’s loyalties are totally torn. All his instincts are saying to tell Daniel, but then he also wants to honour Sinead’s feelings. It’s a terrible dilemma. She’s got cervical cancer and has to choose whether to have the full treatment and terminate her pregnancy, or just have a more gentle treatment where the baby could survive and so could she, but that’s a risk.

“It has to be her choice, but Ken is in an impossible situation. Whatever he decides to do here will upset someone. It’s heartbreaking for Ken. If Ken keeps this from Daniel it could completely shatter their relationship.”

Digital Spy Soap Scoop video – hit play below for all the latest Coronation Street spoilers, as Sinead receives her diagnosis and Nick faces a backlash.