Fans of the ITV soap know that Sinead, played by Katie McGlynn, has been struggling alone while she’s being tested for cervical cancer. 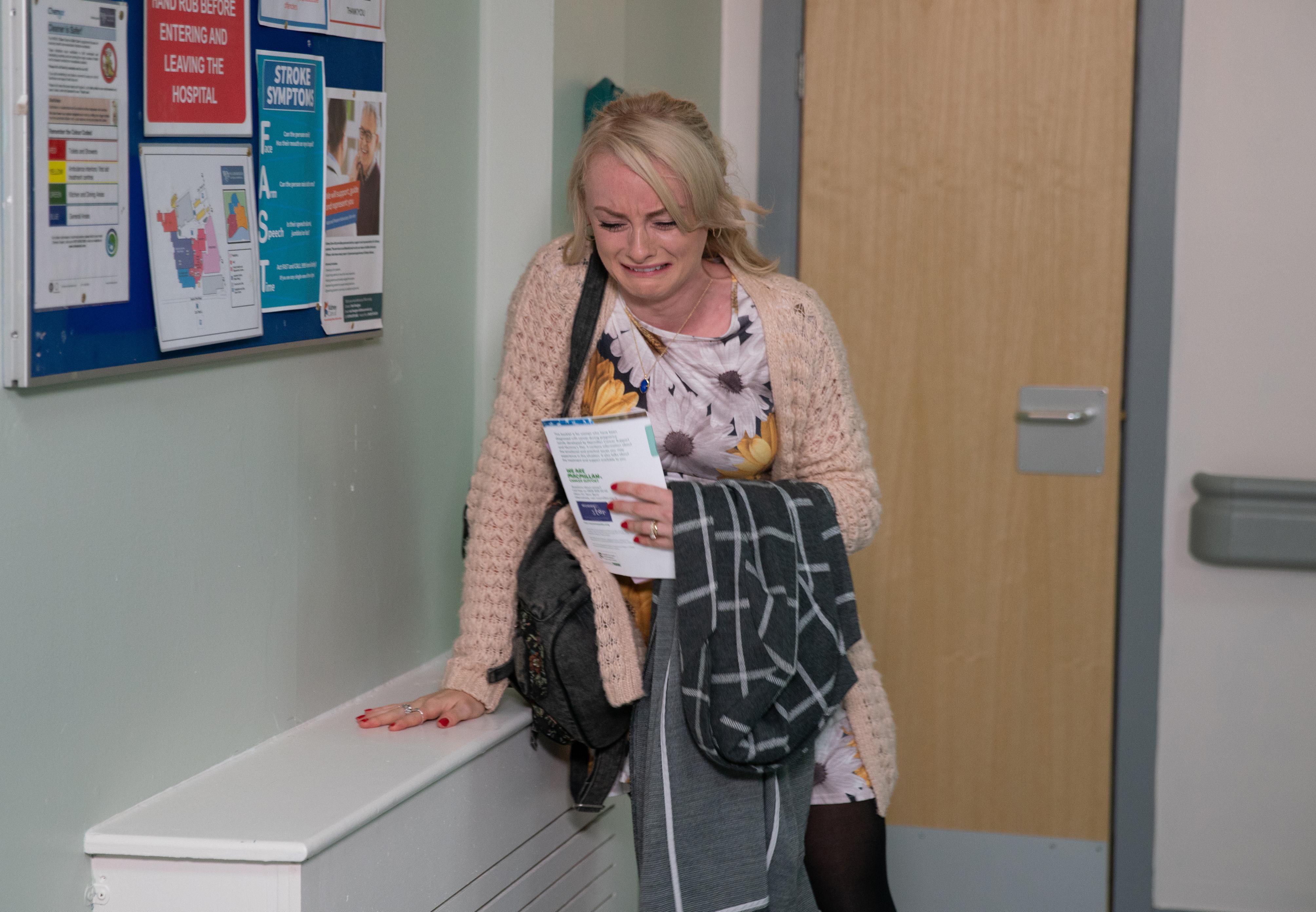 Next week the factory worker gets the news she feared when she’s told that the tumour on her cervix is cancer.

Stunned, she’s advised by the doctor to terminate her pregnancy so she can begin potentially life-saving chemotherapy right away.

Sinead has already made the decision in her own mind that she’ll do anything to protect her unborn child and breaks down with the enormity of it all when she gets home.

Ken, Bill Roache, finds her at the flat crying her eyes out and Sinead tearfully confesses that she’s been diagnosed with cancer and has been told she should abort the baby. 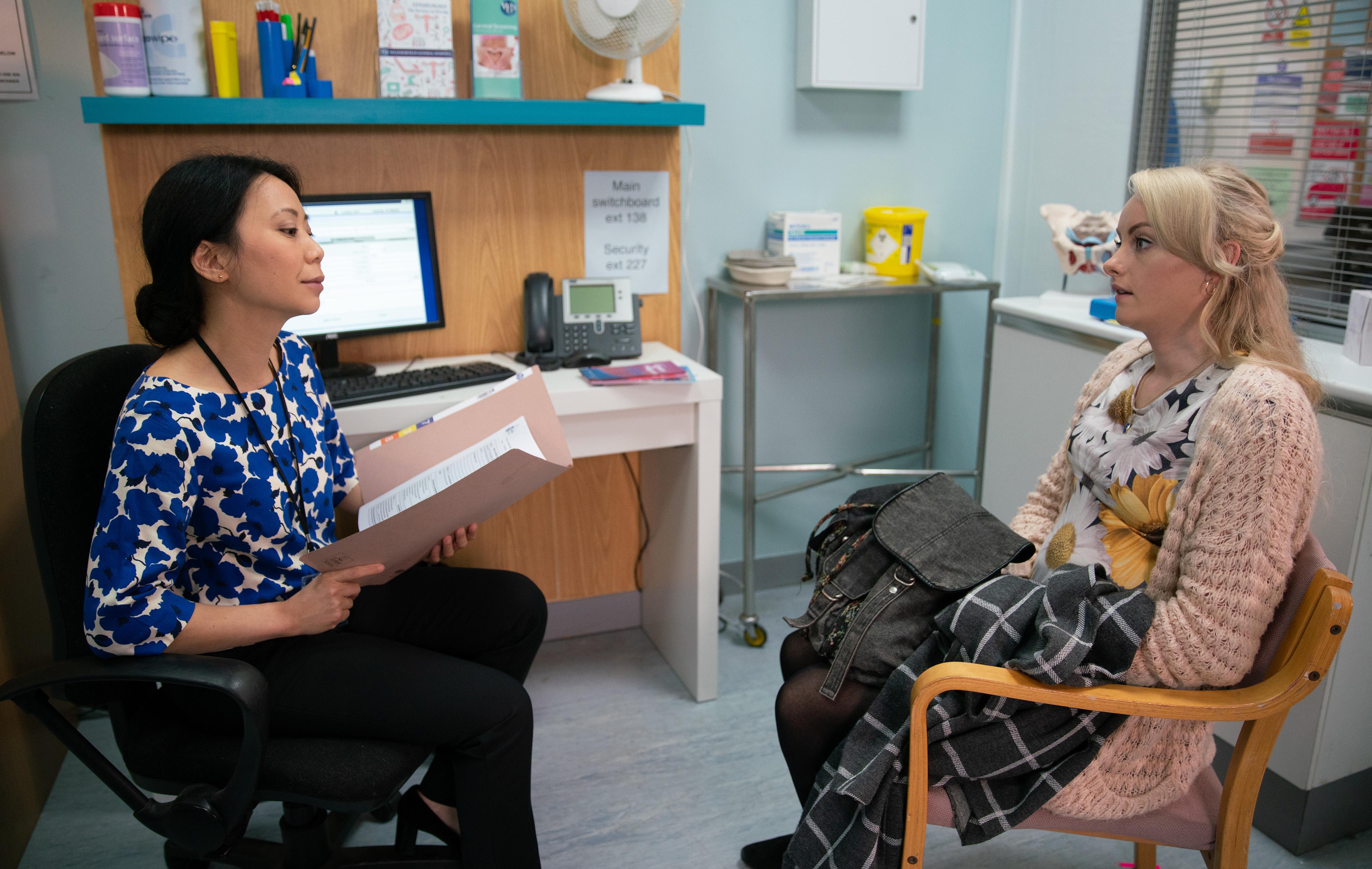 She also explains to Ken that she doesn’t want Daniel to know because he’ll tell her she should listen to the advice and start treatment as soon as possible.

Sinead tells him that she doesn’t want to put Daniel – who is loving life at the moment – in the horrible position where he has to choose between her and their baby.

Ken is shocked by the enormity of the secret Sinead is asking him to keep from his son, but will he agree?

Or will the cobbles stalwart be able to convince Sinead to let Daniel in on her secret so she doesn’t have to go through it alone? 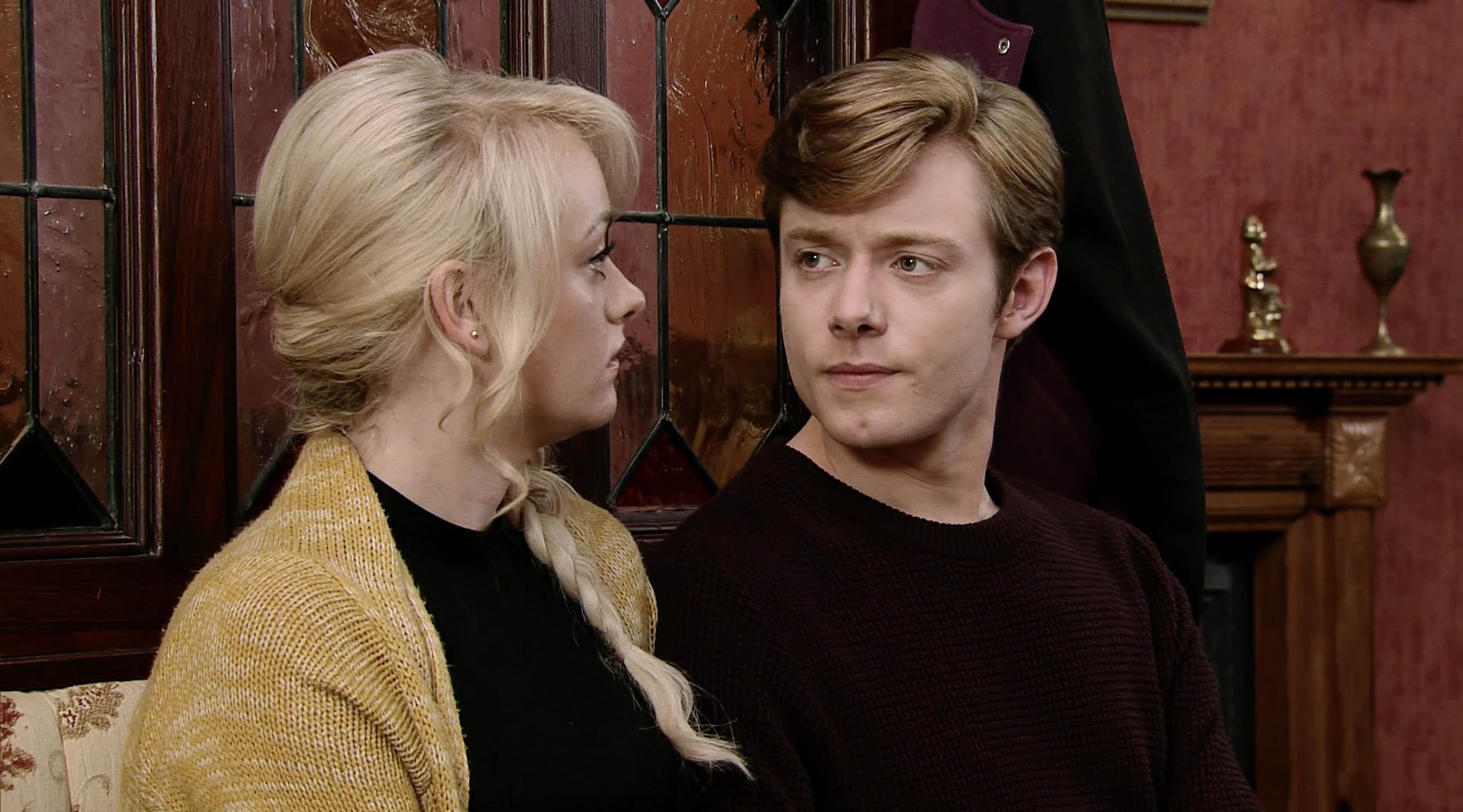 Daniel actor Rob Mallard recently revealed to Sun Online that his character’s dark side would return when he eventually does find out about Sinead’s cancer secret.

He told us: “One of the things that I was most interested in was the selfish thoughts when something bad has happened to someone else.

"So someone comes to you and is like, 'This really bad thing is happening to me' . And of course many things are happening [in your head] but one strand is – and this is surprising and what I want to play the most – how you deal with that selfish 'Well you have to be well because that's going to make me happy’.”

He added: "Every time their relationship has come under threat, it's always made him go off the rails…. it's a little bit unhinged. It's a little bit dangerous, to put all of your mental wellbeing on one person.

"All of his mental stability lies with this very sweet, ill girl."