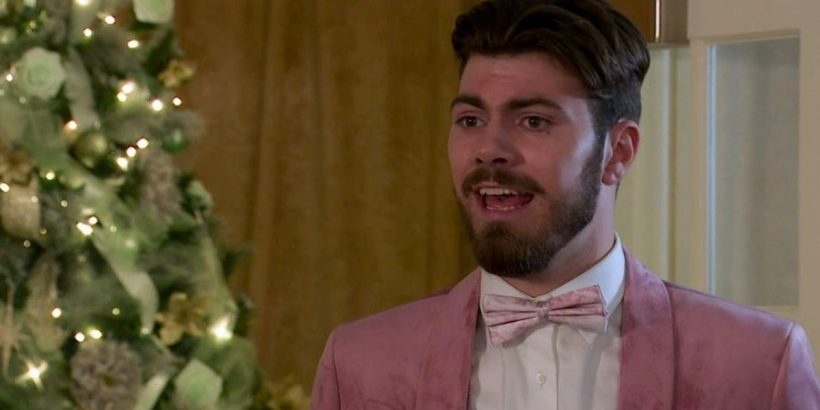 Coronation Street fans were left stunned on Monday's episode as Curtis Delamere was wrongly arrested at his wedding to Emma Brooker.

During the latest instalment, it looked as though Curtis was going to do a runner with Steve McDonald's £100k for Oliver’s charity fund.

Curtis, who recently admitted he had factitious disorder and wasn't dying from a heart condition, made matters worse when he was seen booking flights before his wedding and packing a suitcase just for himself.

After realising that the money was missing, Amy Barlow decided to tell her father that Curtis had been lying about his health so far as they made their way to the wedding.

Just as Curtis, who showed up late, and Emma were about to say "I do", Steve showed up with police officer Craig Tinker as he arrested the newcomer.

Curtis continue to insist that he had transferred the money and after he returned home from his arrest, he told Emma that he had booked a holiday for their honeymoon and hadn't packed her suitcase as he didn't know what she wanted.

Emma didn't believe him as she ended things and headed over to her father Steve's home for the evening.

However, just before Emma entered, Steve received a phone call from the bank where they explained that there had been a technical fault and the money had been transferred.

It remains to be seen whether Steve will tell Emma the truth and whether she will get back together with Curtis.

Viewers were left stunned over the twist as it appeared that Curtis was going to be found guilty for stealing the £100k.

One person said: "So Curtis didn’t take the money #Corrie."

A different account put: "Ooops guess I was wrong about Curtis. Steve will regret not being honest about the money #Corrie."

Another follower commented: "Oh So Steve Is going to pretend that Curtis stole the Money even though he hasnt. Curtis Is Geniune aint He…… #Corrie."

While a different fan added: "OMG so after all that the money was just delayed by a technical fault really? Poor Emma #Corrie."

For all your updates on Coronation Street, sign up to our daily OK! newsletter.