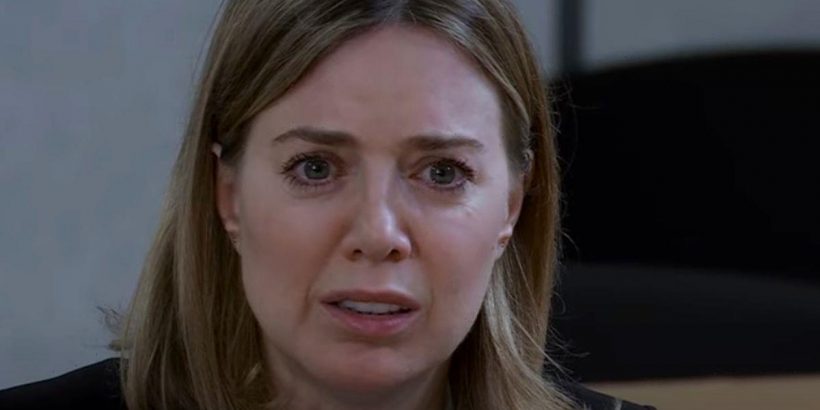 Coronation Street star Sally Carman looked worlds away from her character Abi Franklin as she shared a collection of summery snaps over the weekend.

The actress, 41, took to Instagram to post a picture of herself soaking up the warm weather in red floral swimwear.

Sally looked radiant as she accessorised the look with a pair of black sunglasses and a crochet straw hat.

The actress' Corrie co-stars and 126K followers were quick to react to the snap.

To which Sally replied with: "I look like ‘Driving Miss Daisy’ but I’ll take it."

While Millie Gibson, who plays Kelly Neelan, added: "Hottie" with a clapping emoji.

It comes after Sally celebrated four years with her co-star fiancé Joe Duttine, who plays Tim Metcalfe, earlier this month.

The lovebirds met while filming on the Cobbles of Weatherfield back in 2017 and are now engaged and planning to tie the knot later this year.

They were meant to tie the knot in December 2021 but decided to postpone the ceremony to 2022 so that they could ensure it would be the day they had always dreamed of.

Opening up about the plans, Sally explained: "We should have been getting married this December, but we put it to next year because we didn't know what the score was going to be Covid-wise."

Sally continued: "We thought it was better safe than sorry, because I would have hated to have arranged it and then not be able to do it properly."

The actress had also previously revealed some details of their magical big day.

Sally told the Mirror : "We're going to have the wedding late afternoon so it will be dark and it will be lit by rows of Christmas trees and twinkly lights. I can't wait."

This comes after Sally recently opened up about their relationship and how blessed she feels to have Joe in her life.

"I've got myself a fiancé, I've moved house, and I've got a family and brilliant friends."

For all your updates on Coronation Street, sign up to our daily OK! newsletter.