EXCLUSIVE: Take That heart-throbs Gary Barlow, Howard Donald and Mark Owen are gearing up to conquer Cannes on Wednesday, the first time they’ve visited during the film festival. Let’s Pray that the sun will Shine and it will be their Greatest Day.

Fans of the (now middle-aged) boy band will know that Pray, Shine and Greatest Day are amongst the group’s biggest hits. It seems as if they wrote A Million Love Songs (that’s another one) that have stood the test of time since they formed over three decades ago.

The three remaining members of the band – Robbie Williams and Jason Orange do their own thing – will kick up their trendy trainers on the Majestic Pier to launch the exuberant promo for film Greatest Days, about a Take That -inspired 1990s boy band and the lives of five 16 year old girls who are obsessed with them. The women are reunited 25 years later, still hoping to fulfil a dream of meeting their pop star heroes.

Greatest Days is packed with Take That chart-toppers ,many of them written by Barlow who has enjoyed a  solo career away from his band mates writing songs for films and television productions. He has been touring the U.K. with his poignant one-man show A Different Stage.

Greatest Days is still shooting with director Coky Giedroyc on locations in Lancashire and Athens .

The film’s based on the 2017 stage show The Band, written by Tim Firth (Calendar Girls), and produced by David Pugh and Dafydd Rogers. Barlow, Donald and Owen were executive producers ,along with Robbie Williams.

Firth noted that both The Band and Greatest Days are about the fans. “Those songs transport those fans. They feel as if the songs were were written for them personally, and are being sung directly to them,” he told this reporter.

”Never under estimate the power of song,” he added.

Barlow also understands that close connection between performer and fans. “It’s important not to take them for granted. Always remember that they can stop buying your music,” he said.

Take That have enjoyed fame in the U.K. and across Europe for thirty years. Danny Perkins, whose Elysian Film Group set up the film, is hoping that fans will stampede Cannes to show love and appreciation to Barlow, Donald and Owen.

Its been a while since Cannes has seen an exhibition of  pop mania. The Spice Girls generated a pinch of interest back in 1997 when seriously over-spiced film Spice-The Movie was launched. Probably the most successful rock-star takeover was in 1991 when Madonna and her entourage flooded the zone with documentary Truth or Dare.

No lead cast members from Greatest Days are available to attend Cannes due to the film’s shooting schedule.

The boys in the band are being played by newcomers Aaron Bryan, Dalvin Cory, Joshua Jung, Mark Samaras and Mervin Noronha. They are signed for Greatest Days nearly two years ago, during that time they were drilled in choreography by noted theatre choreographer and director, Drew McOnie The execution of the dance numbers shown in the promo reel that will be shown to buyers on Wednesday look sublime.

Jonathan Kier, President of Bron Releasing will join Danny Perkins and the Take That lads on Wednesday. Maybe they’ll croon a chorus of 1993 hit, Everything Changes.

Latest News & Photo Gallery Of Series Ending In 2022 And Beyond 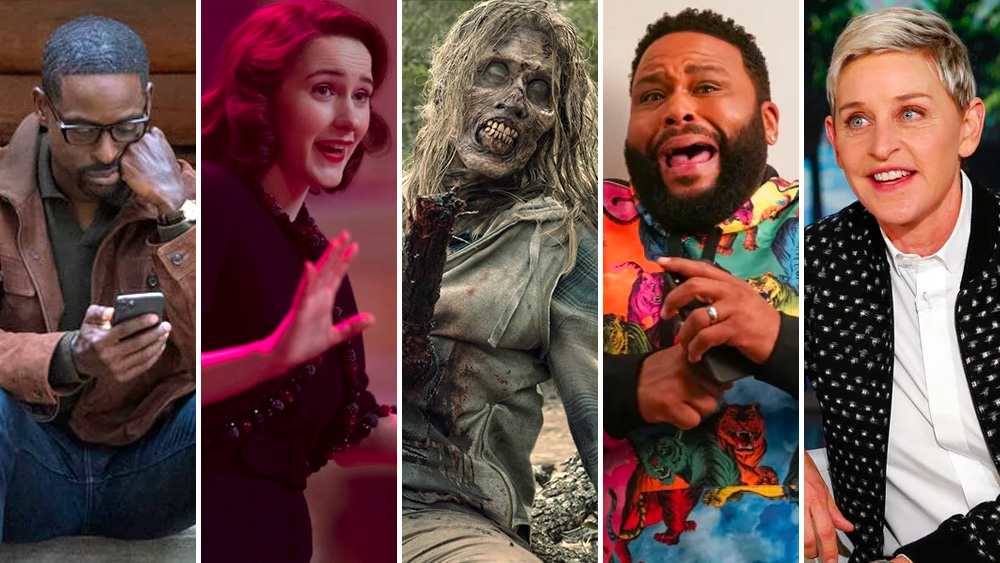