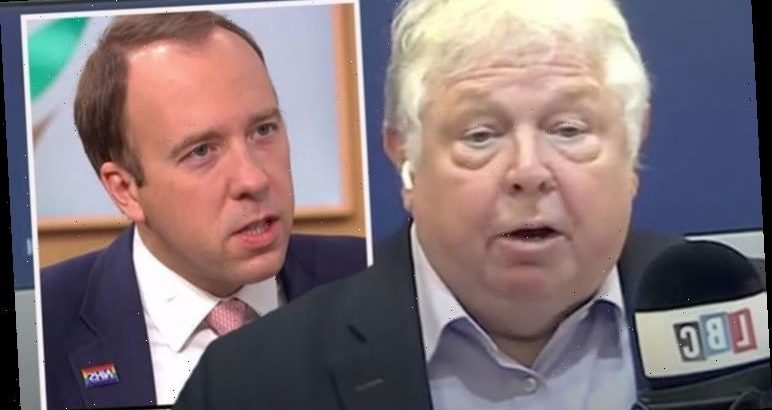 Nick Ferrari says government is ‘back covering’ with roadmap

Mr Ferrari, 62, joined hosts Eamonn Holmes, 61, and Ruth Langsford, 61, on Thursday’s edition of This Morning to discuss the latest headlines. One of the big talking points which continues to fill the news agenda is how life will get back to normal over a year since the pandemic first arrived on UK shores. Mr Hancock, 42, also spoke on several early morning programmes to reassure the nation the roadmap of having all adults vaccinated against COVID-19 by July was still on track. However, the LBC radio presenter explained the reason he thinks the Health Secretary isn’t changing the plan the Government is following on the ITV show.

The political broadcaster said: “There are three different agencies that report they are modelling into SAGE.

“The agency that will report on Monday that we’ve got herd immunity is not one of them so for whatever reason, they are not part of those agencies that SAGE listens to.

“And I also ask Mr Hancock if it is true, could that mean we could expedite? Could we look at possibly not having to do twice weekly tests, social distancing?

“It’s a funny sort of freedom but [the Government] is not for budging. They are sticking to this roadmap that you and I would call a plan.

“And despite the fact we’ve got eight out of 10 people vaccinated – the greatest vaccination rollout in the world – could we be having herd immunity?” 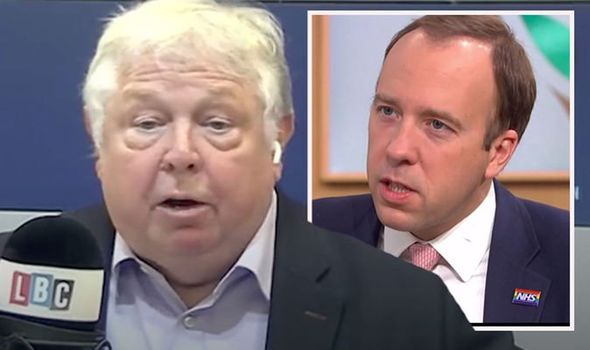 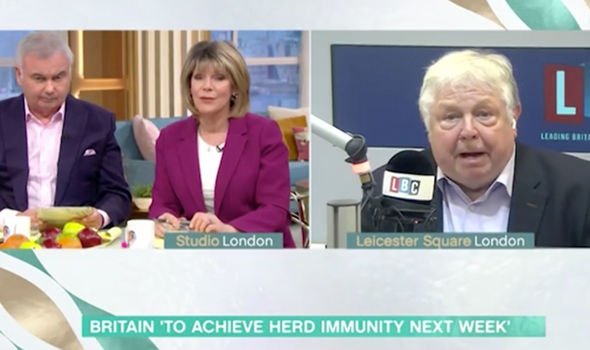 Ferrari continued: “I think there might be a lot of back covering going on here as and when an inquiry takes place.”

This isn’t the first time the political broadcaster has spoken out against the action the Government is taking over the current lockdown restrictions.

Last month, he spoke on LBC with Care Minister Helen Whately, 44, about a possible extension to the rules in place.

The journalist asked the politician why an “authoritarian approach of some of these restrictions” would need to remain if Prime Minister Boris Johnson, 56, stated they should be lifted by 21 June 2021. 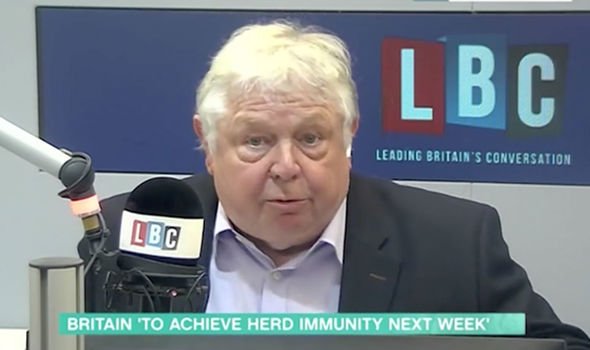 Think there might be a lot of back covering

Ms Whately said a review of restrictions is conducted every “35 days” and reiterated the Prime Minister stipulated all dates were provisional.

June 21 would be “the soonest that we can envisage we can lift all the restrictions” Mr Johnson previously said.

“We are being driven by the data rather than the dates,” the Care Minister told Ferrari but he wasn’t satisfied.

He stated the Government had “enjoyed” having Coronavirus powers “for the best part of a year” and asked why did they have to last until the Autumn? 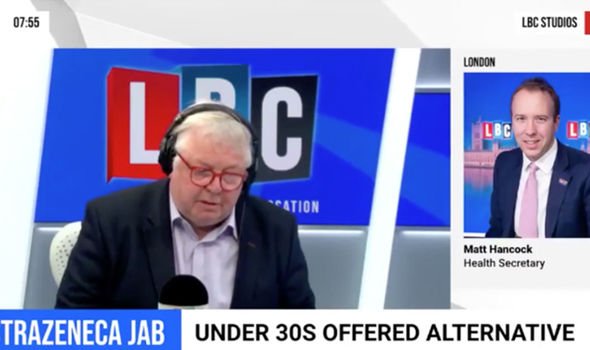 “I wouldn’t say they are powers that the Government has enjoyed having,” Ms Whately told her interviewer.

“[The restrictions have been] put in place in order to save people’s lives from the virus and to control its spread.”

Again, the LBC presenter asked why they had to stay in place until October to which the Care Minister explained it was to help support people through “the furlough scheme and sick pay”.

With the conversation getting heated, an agitated Ferrari said: “You’re not going to answer the question are you?”

“I’ve asked three times minister, why it’s necessary for you to have these laws…you keep talking about furlough, clearly you’re not prepared to answer are you?” he continued.

Ms Whately replied she had answered her interviewer’s question but he said: “You honestly think that’s an adequate answer do you minister?

“We’ll just park it there because I don’t think it is,” the broadcaster remarked as he concluded the interview with the politician.

From next Monday, non-essential retail will reopen with restaurants and bars able to open if they can provide outdoor service.