It was as important to creator and executive producer Soo Hugh to think about what “Pachinko” wasn’t as what it is. The series is a story that spans several generations of Korean immigrants, centered around matriarch Sunja, played variously by Yu-na Jeon, Minha Kim, and Youn Yuh-jung at different points in time. As she discusses in this episode of the Filmmaker’s Toolkit podcast, Hugh could imagine how 99 percent of the world would create an adaptation of the novel, and wanted to lean into the 1 percent difference. Working with directors Kogonada and Justin Chon, Hugh developed a sense of style and tone that avoided the glossy, removed, traditionally epic look of a Masterpiece Theater piece and instead chased ways of storytelling from framing and composition to the rhythm and pauses in the edit that felt as in-the-moment as the characters’ emotions are to them.

Listen to the full episode below, or read on for excerpts from our interview. Note that a slightly spoiler-y conversation about Episode 7 occurs from 19:30 – 21:27.

Hugh On The Visual Language Of “Pachinko”: I think for me, whenever I write, I write very visually. I look at influences. I look at music. I listen to music. I look at photographs and paintings and it doesn’t necessarily – I separate research. Research is one part of the brain and inspiration is a second part of the brain. And in trying to think about the visual language of “Pachinko”, I always start with “how would 99% of the world make this film? Or this show?” And, you know, you expect the grand vistas, you expect these epic movements. So then I thought, okay, that is how 99% of the people would make this show. Let’s look at that 1%. Where is that space to say, “let’s do something a little bit different?” I don’t believe in doing something different for the sake of doing something different. I think that’s just all style over substance, but I do think that this is an opportunity, like whenever you’re given a chance to make something novel, especially in this time of storytelling, why not challenge yourself and push yourself further?

Hugh On The Adaptation Challenges Of “Pachinko”: Much of our work is done off photographic evidence or paint. You know, Western history is well covered in terms of research, but this time period, especially for the Zainichi community, no one thought they were important enough. So we have a huge swath of history, these people’s history, that is missing. But it makes me way too nervous to invent things. Because then I think you compromise the fidelity of what these people live through. So stitching together through oral testimony, through whatever we can, photographic evidence, whatever little we can find and creating that world: that’s what I was worried about initially is being one of the challenges of this show What I realized is, you know, we had an incredible team, Mara who ran our production design just had built this incredible team of Koreans and Japanese and Americans and Canadians. And they really took on that job with just such brilliant deftness.

The language component, the translation component, was probably the biggest challenge all the way from script translation to translation on set to subtitle translation. I think I was totally naive about this. I did not realize what an enormous undertaking it was and an art form. One [challenge] is, is the original intent being conveyed into the language that is spoken. Does it have that same cadence? You know, I like to write dialogue with a certain type of cadence, depending on character. That was something that was really hard for me to lose. Like I built these lines around this character speaks in sharp punctuations and then all of a sudden the translation is like, wait, what happened to the sharp punctuations? So you realize that’s not out how it works in Japanese, or that’s not how it works in Korean. And you’re just like, ah, so then how do I bring that sharpness back if it’s not built into language?

Also, with Korean, at least I understand. So we did back translations, meaning the Korean version was recorded for me in audio so I can listen and give notes. With Japanese, it was a completely different. I don’t know Japanese and that was a challenge. In this show, especially, language defines our characters in so many ways, right? Because language is the story of colonialization. So when a third generation loses their accent or when a third generation loses their language, that’s also colonialization that continues even past, you know, when people leave countries. 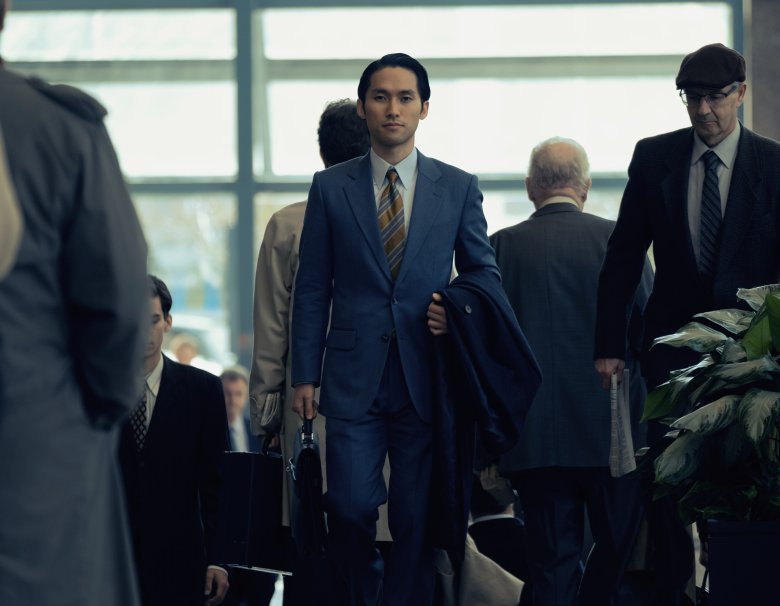 What I’ve always loved about that title scene was from concept to execution to now reception is that that title sequence is our show’s gift to the audience, which says, “Stay with us. Trust us. This show isn’t all bleak. The show is not just heavy. That exuberance and joy are just as important.” And so it really feels important to reset that in every episode. That joy has to be part of this life.

The Filmmaker Toolkit podcast is available on Apple Podcasts, Spotify, Overcast, and Stitcher. The music used in this podcast is from the “Marina Abramovic: The Artist Is Present” score, courtesy of composer Nathan Halpern.