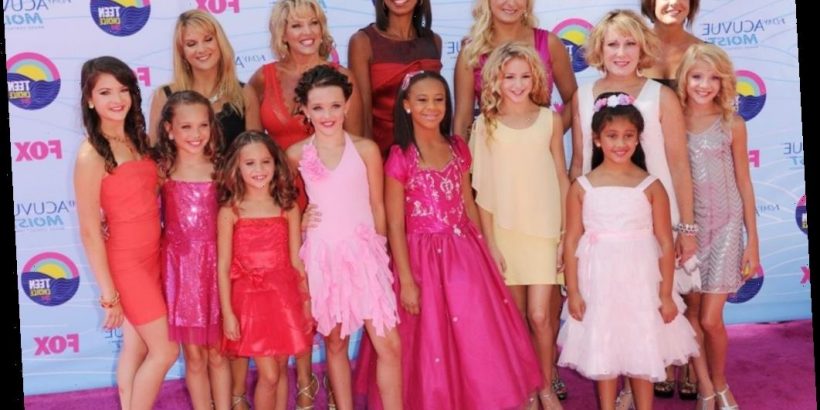 Part of what makes Dance Moms such an enjoyable show is the array of personalities within the cast. But nobody’s personality quite matches the infamous Abby Lee Miller. In fact, the dance teacher and studio owner became a household name due, in large part, to her erratic behavior and over the top attitude on the show. Whether she was flirting with men, screaming at students, or trying to stop traffic for the sake of a commercial, nobody can deny that Miller was a character.

Fans of Dance Moms will also recall that other members of the cast (mostly the moms) would often call out Abby for her lack of manners. Though she claimed that she trained all of her students to be professional, employable, dancers (which included etiquette) Miller didn’t always practice what she preached. In later seasons the moms called Miller out for showing up half dressed and having less than stellar hygiene.

Miller was also known to infringe on people’s personal boundaries. Typically those boundaries were emotional, but there were several instances when Miller invaded the physical boundaries of another Dance Moms cast member as well. Who could forget her iconic fight with Kelly Hyland where she got too close to Hyland and ended up getting her hair pulled and slapped in the face?

Of course, Miller’s fight with Hyland wasn’t the first or last time that Miller got too close for comfort. In a deleted scene from the episode “Big Trouble in the Big Apple” (which is ironically the same episode where Hyland slapped Miller) Christi Lukasiak revealed to her fellow Dance Moms castmates that Miller once crawled into bed with Dr. Holly Hatcher-Frazier, and her daughter, uninvited and unannounced.

But how did this even happen? In the deleted scene, Lukasiak revealed that while traveling for a competition, Miller somehow found herself without a hotel room. “Holly was at a competition and she so graciously offered Abby a cot in her room,” Lukasiak shared with the other members of the Dance Moms cast: Hyland, Melissa Gisoni, and Jill Vertes. Hatcher-Frazier quickly shared that the cot was coerced out of her rather than freely offered. “Sort of,” Hatcher-Frazier stated. “She said ‘Do you have a room?’ I did, I couldn’t say no.”

An invasion of personal space

Hatcher-Frazier continued on to share that while things didn’t play out exactly as Lukasiak was describing things, Miller did, in fact, crawl into her bed. “It was an invasion of personal space,” she revealed. Meanwhile, Lukasiak continued to embellish the disturbing event with hilarious details. We can definitely understand why Hatcher-Frazier was taken aback by Miller’s unwelcome presence in her bed. However, at least she was able to bond with the rest of the Dance Moms cast over the strange encounter.