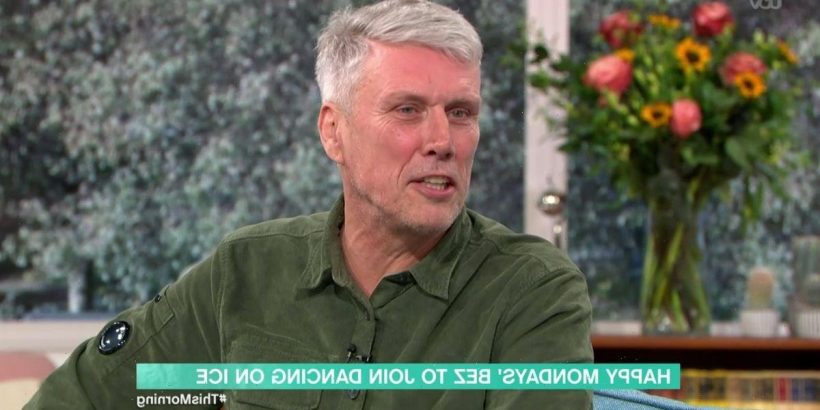 Dancing On Ice's next celebrity contestant has been revealed as Bez from the band Happy Mondays.

The news was announced by Phillip Schofield and Holly Willoughby on This Morning on Monday morning, where the presenters joked "it was early" for the 2022 series of the popular ITV competition.

The seasoned percussionist and dancer was initially hiding in a big white egg chair at the corner of the studio when the presenters shared the news with viewers.

Welcoming Bez, 57, to the sofa, Holly began: "You are known for being a dancer, a dancer of a different variety. Why Dancing On Ice?"

"Well you know at the moment it's more like Bambi on ice not Dancing On Ice, how I got picked I don't know because I was absolutely awful at the audition.

"But they must have seen some potential in me."

"You've decided you're not going to go anywhere near an ice rink between now and the start of your training so you don't get any bad habits," Phillip then prompted.

"Well no I think that's why they picked me because I haven't got any bad habits because I can't skate," the musician then joked. "Last year at Christmas I ended up borrowing my son's penguin to help me get round the ice rink."

The star went on to say he was "really looking forward" to the competition, which starts in January, and he's not feeling nervous about the steep learning curve.

"Learning a new skill, and like I say really looking forward to Christmas ice rinks again and I can get on there and really show off," he continued.

Bez, whose real name is Mark Berry, went on to admit while he hasn't been sure of "sequins" and "fake tan" in the past, he's going to plunge forward on the show and be open-minded.

"Well you know what this has got to be a whole new experience so you never know I might grow to like it," the DJ laughed.

"Everyone does, so it won’t surprise us," Holly replied.

It comes after Coronation Street actress Sally Dynevor was confirmed as the first contestant on the ITV show.

This Morning continues weekdays at 10am on ITV.