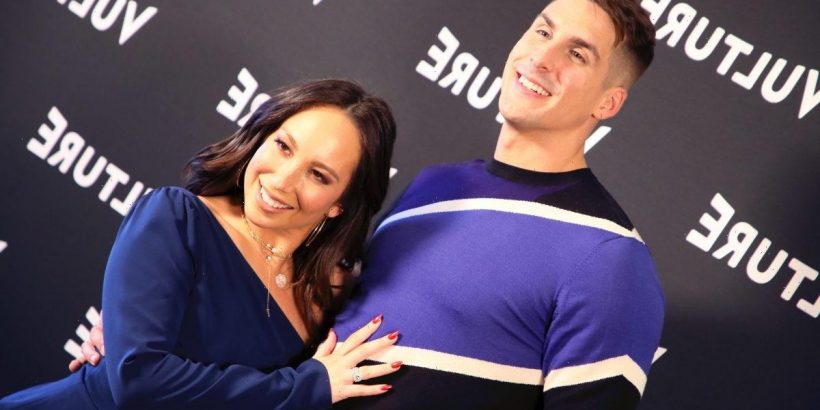 Cheryl Burke and Cody Rigsby faced a few challenges in Dancing with the Stars Season 30. After the duo contracted the coronavirus (COVID-19), many fans thought they would have to step down from the competition. But the two-time Mirrorball Champion and the Peloton instructor safely prevailed. Now, Burke is sharing details about the challenges they faced on their way to the Dancing with the Stars semi-finals.

Cheryl Burke has ‘more compassion’ with Cody Rigsby in season 30

Traditionally, Burke is a “No B.S.” kind of coach. “I am a taskmaster,” Burke admitted on the Heart of the Matter podcast. “I think this has a lot to do with the way I was coached. [My approach is] no B.S. — I’m not going to sugarcoat anything unless you deserve it.”

Speaking with Burke over the phone just before semi-finals, Showbiz Cheat Sheet learned her coaching style changed slightly this season. “Listen, I definitely had a lot more compassion,” Burke tells Showbiz. “It was just so challenging. I never thought that I could experience a first for anything on the show because I’ve been on for 24 seasons, but this was definitely a first in many ways.”

Burke and her Peloton instructor partner tested positive for the coronavirus after the first week of competition. The duo was judged on their rehearsal performance in week 2 and performed remotely for the judges in week 3.

“[It’s] not just about me having COVID,” Burke explains, elaborating on the other challenges working from home presented the duo. “We were set designers, we were also sound, [and] we were building cameras.”

Burke believes many people don’t understand how, after competing from home, she and Rigsby had to go into Disney Week and perform two dances with little to no time practicing together. “He was still in quarantine as of Friday that week,” she explains. “[Some people] think, ‘Oh, we have a whole week to learn.’ No — we had two or three days to learn one dance.”

In speaking with Burke, we got her thoughts about her partner this season and the accomplishment that is making it to the semi-finals. “Cody is really determined,” Burke shares. “He basically didn’t let anything let him down.” Despite the challenges of learning a jive and a Viennese waltz over Zoom in a small living space, Rigsby stepped up to deliver his best.

Heading into the semi-finals, Burke says she and Rigsby are taking things “one step at a time.” They’ll perform a salsa and an Argentine tango during the Nov. 15 episode of Dancing with the Stars, regardless of the fatigue they feel from having the coronavirus earlier in the season.

“I [am] still recovering from COVID — I still definitely feel more of the after-effects, as does Cody as far as fatigue goes,” says Burke. “But we are definitely better than we were a few weeks ago. “Our bodies need to rest, but that’s not happening at the moment … because we made it this far. We might as well just try and go all the way.”

Will Burke and Rigsby make it to the season 30 finale? Watch Dancing with the Stars on ABC Monday nights at 8 PM ET.