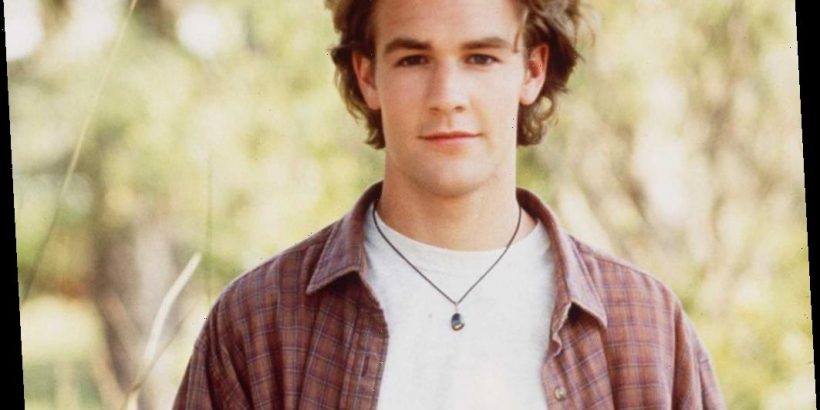 Actor James Van Der Beek broke out as the star of Dawson’s Creek. The hit WB show brought with it plenty of now-embarrassing ’90s and early ’00s fashion and style choices. But it’s actually an image of himself from a different TV show that Van Der Beek hopes his kids will never see.

Van Der Beek broke out as the titular character in Dawson’s Creek. Dawson Leery, a teenager living in Capeside, Massachusetts, dreams of becoming a filmmaker like his hero, Steven Spielberg. The six-season series follows him through heartbreak, death, career struggles, and much more.

“I was instantly famous at 20 years old,” Van Der Beek remarked to Vanity Fair in 2011. This led to a period where he was “very calculated” about what roles he took. He later relaxed a bit and discovered, “The more you make fun of yourself and don’t try to go for any kind of respect, the more people seem to respect you.”

After Dawson’s Creek, Van Der Beek went on to act in TV shows like Mercy and One Tree Hill. But his next starring role on the small screen didn’t arrive until 2012. He portrayed a version of himself in the short-lived sitcom, Don’t Trust the B—— in Apt 23, which ran for two seasons on ABC.

Years later, Van Der Beek deemed the experience “fun.” In 2017, he told Entertainment Weekly, “I got offered that because I had parodied myself in some Funny or Die videos. I said to Nahnatchka Khan, who created the show, ‘There’s only one rule I have. You can’t ever be afraid of insulting me.’”

Not only did Van Der Beek enjoy making fun of himself, but he came up with ways to do so. “I pitched this storyline where I go on the fake Dancing with the Stars,” he said. “And I asked for a really, inappropriately low v-neck,” with “sparkly stars on it,” the actor explained, adding, “I’m thinking, ‘This can be really funny.’”

The storyline turned out to be a hilarious one for the character, who completely bombs his first performance. And Van Der Beek later had second thoughts about his costume choice. “It also occurred to me, ’cause we’d just had my son [Joshua] — Google is a thing. I’m really hoping this image is buried pretty deep in the Google search.”

Did he name his son after ‘Dawson’s Creek’ co-star Joshua Jackson?

Of Van Der Beek’s children, Joshua is his second. He has five kids with his wife, Kimberly Brook, including daughters Olivia, Anabel, Emilia, and Gwendolyn. But only Joshua shares his first name with a former Dawson’s Creek co-star of his dad’s: Pacey actor Joshua Jackson.

Despite fans loving this connection, Van Der Beek previously clarified that the name was entirely coincidental. “It doesn’t [for that reason] at all,” he told Us Weekly shortly after his son’s birth in 2012. “It would have been cute, but no, it’s something I did not even think about. It’s a great name.”