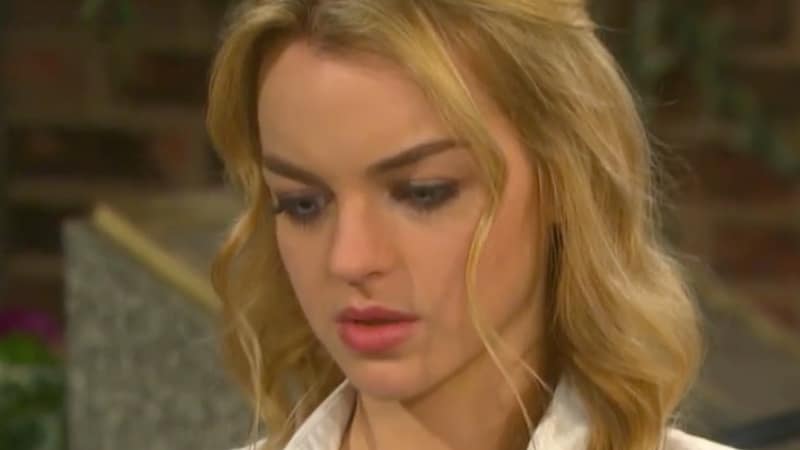 Days of our Lives spoilers for the Tuesday November 13, 2018 episode of the NBC sudser reveal that an alliance is set to go off the rails while a couple of damsels tussle, and at the same time someone makes a stunning move. What’s going on in Salem? Let’s find out soap fans!

Ciara (Victoria Konefal) has her hands full as she goes ballistic on sneaky Claire (Olivia Rose Keegan). Although Claire has spent much of her time trying to look angelic, inside beats the heart of a devilish vixen. She can’t stand to see Ciara happy apparently. Which is why she’s gone after her latest love, Tripp. (Lucas Adams).

Claire has tried her darndest to wrestle the guy away from her nemesis, to no avail. On Tuesday Ciara has some intel that Claire didn’t plan on leaking out.

So these two forces of nature bare fangs and claws as they argue about life’s fairness!

Elsewhere, Chad (Billy Flynn) makes a stunning decision. He was front and center (literally!) when Abi (Marci Miller) gave birth. On Tuesday the conflicted hunk must make a choice about his future and that of Abi and her baby. Which is really his. We think.

Look for him to make a bold move.

Meanwhile Paul (Christopher Sean) is tempted. He’s smart enough to know that all is not right in paradise between him and Will (Chandler Massey). But will he turn to the dark side in order to ferret out the truth?

Paul has the opportunity to breach Will’s trust by reading his journal, and gaining insight into his state of mind. Will he or won’t he? Be sure to tune in and find out!

Days of our Lives airs on weekdays on NBC.