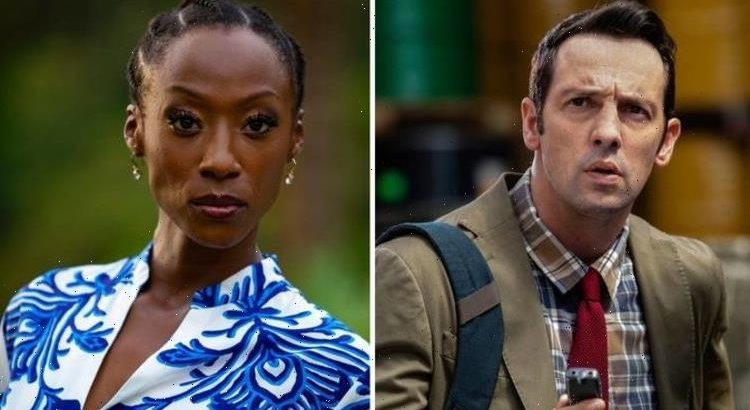 Death in Paradise welcomed back fan-favourite DS Florence Cassell (played by Josephine Jobert) last year but left the job once again to go on an undercover operation. However, it is soon realised she is going to need help but will the team get to her in time? Here’s everything you need to know about the cast of Death in Paradise season 11 episode four.

Who is in the cast of Death in Paradise season 11 episode 4?

Florence left DI Neville Parker (Ralf Little) and her other colleagues behind to take on an undercover officer role.

Her first task was to be employed by for Miranda Priestley as a live in au pair so she could look after her daughter but going by the trailer, her employer has other ideas.

She was also Rachel in The Royals and was in one of the final series of Celebrity Big Brother.

Harley is the owner of a farm who’s negotiating its sale to Miranda but the reason behind him selling up is not clear.

He has had a number of minor roles over the years, including in Inspector Morse, Between the Lines, The Bill, Coronation Street and Safe.

As of yet, there has been no description released for actress Naana Agyei-Ampadu’s character Corine Priestley.

However, going by their surnames, she is related to Miranda who is at the centre of this episode.

Actress Agyei-Ampadu hasn’t had too much experience when it comes to the small screen.

She has been in Coming Up, Cuffs, GameFace, Enterprise, The Wheel of Time and Ragdoll.

Liam Calder will also be under suspicion as Florence’s life is at risk during the undercover operation.

He is portrayed by actor Mark Ebulué who has had small parts in Casualty, Doctor Who, Homeland, Cursed and Manhunt.

He was also the voice of Owsla in the TV adaptation of Watership Down in 2018.

There isn’t too much longer to wait before the comedy-drama returns for its latest episode.

The official synopsis for episode four reads: “Florence’s undercover role takes a dangerous turn when she finds herself in familiar surroundings, amid a murder investigation.

“In a race against time, can Neville solve the murder?”

Death in Paradise season 11 continues every Friday at 9pm on BBC One.