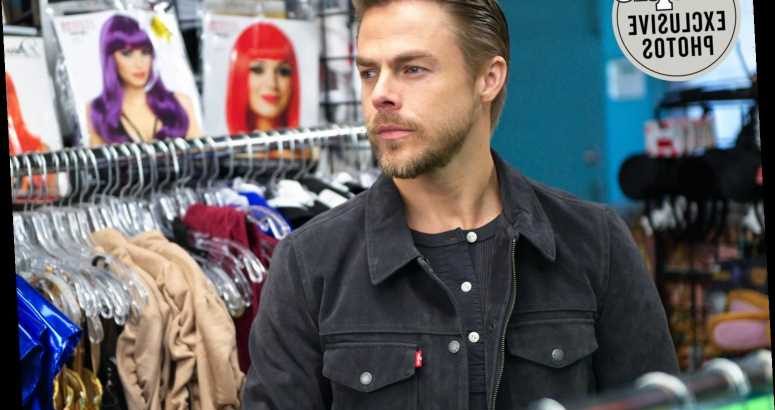 For Derek Hough, playing against type in High School Musical: The Musical: The Series was an extra special treat.

When the show returns to Disney+ for season 2 on May 14, the choreographer and Dancing with the Stars judge, 35, debuts as new character Zack, a Broadway star returning home to direct the theater program at East High's rival high school. Oh, and he's also Miss Jenn's (Kate Reinders) ex.

"He's a little bit of a baddie — or the opposition," Hough tells PEOPLE. "It was fun to lean into just being a little smug. In life, I'm very self-deprecating and a goofball really, so it was fun to play that character. And to sing a little bit and to dance."

Fans of the series should also expect a few sparks to still be flying between Zack and Miss Jenn.

For more from Derek Hough, pick up the latest issue of PEOPLE, on newsstands Friday, or subscribe here. "There's definitely some flirtation happening there," he says. "It's sort of playful but also quite seriously competitive. It's a weird combination of, 'Remember that time?' and also, 'You look really good,' and also, 'I'm gonna kick your butt.'"

While Hough admits he didn't have much opportunity to work with the younger actors on the show, including Olivia Rodrigo and Joshua Bassett, he's impressed with their talent. "Honestly, I heard ['Drivers License'] and I was like, 'This is a great song,'" he recalls. "It was all over TikTok and all these things, and I didn't even put two and two together. Then eventually, I was like, 'Oh my gosh, that's Olivia! That's amazing!' And then you started hearing about all the backstory. … And the only thing I could think about, honestly, during all that was like, 'Oh yeah, I've been there. A hundred times.' When I was going to school, you go through that time — and I think we can all relate to that."

With HSMTMTS and the next season of Dancing with the Stars on his agenda, Hough says he's not spending too much time mourning the recent cancellation of World of Dance — and instead is focused on a new show he's developing.

"I've known for a while, but I loved World of Dance so much; I loved working with Jennifer [Lopez] and Ne-Yo and of course all the amazing, amazing dancers," Hough says. "But I'm really, really excited about where I am right now with Dancing with the Stars and with ABC and Disney, and I have a new show that I'm very, very, very excited about that is extremely challenging but is sort of a dream project. I can't say what it is yet, but we'll probably be announcing it relatively soon."