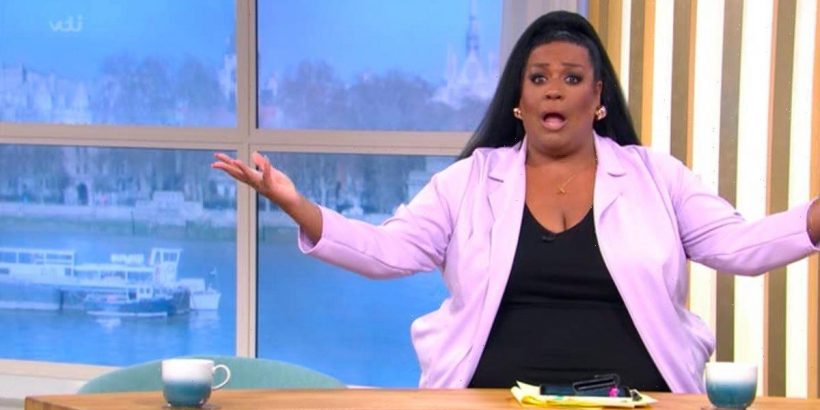 Dermot O'Leary showed up to work on This Morning in style as he arrived in the world's smallest car.

However, as he was driving into the studio, Alison Hammond was left kicking off the start of the show solo – and she quickly scolded Dermot for being "late" on the show.

Prior to Alison opening up the show, she told Ranvir Singh, who was heading up Lorraine moments before the change over to the popular ITV show, Alison revealed that Dermot was running behind.

Alison said to Ranvir: "Can you believe this? He is running late – but I've heard he is going to arrive in style," but Ranvir did have a solution ready for Alison.

The host offered up Patrick Kielty who said if Dermot didn't show he could give him a shout, prompting Alison to say: "Come on over!"

However, Alison remained solo as she opened up the latest episode of This Morning on Monday morning.

Speaking on the show she said: "Hello and welcome to This Morning. It's supposed to be me and Dermot all week but obviously he's forgotten. I can't believe this, it's really embarrassing."

Following Alison's words, the camera soon cut to Dermot who was driving into the studios in a teeny car as he pulled up into the studio in the small vehicle.

As he got out of the vehicle Alison was left in hysterics and told her co-host he was "so extra".

However, fans of the show were not quite so impressed with the skit, one person wrote: "Cringe start of the show."

Another said: "Why are Dermot and Alison pretending he's not been there at the studios rehearsing all morning?"

Meanwhile, one person confessed that Patrick's teased stint on the show could be quite popular, writing: "Wouldn't mind seeing Patrick Kielty co-presenting This Morning in the least."

Alison and Dermot will be heading up This Morning all week while Holly Willoughby and Phillip Schofield are off work for the Easter Holidays.

Next week, Josie Gibson and Vernon Kay will be appearing on the show from Monday to Thursday, while Alison and Dermot will be back on Good Friday and Bank Holiday Monday.

Holly and Phil will swiftly return to the studios on April 19.

This Morning continues weekdays at 10am.