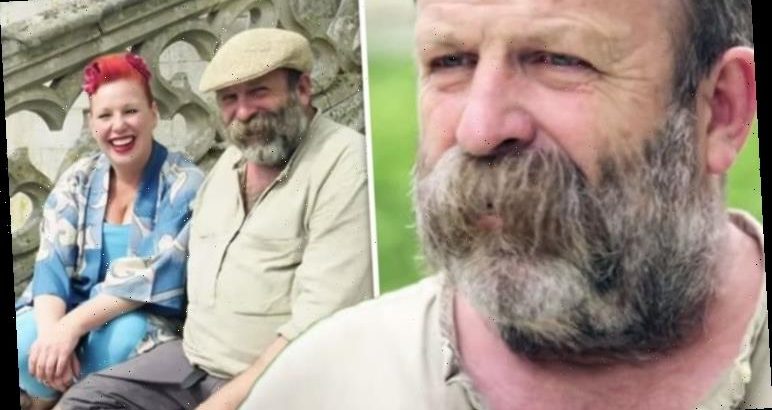 Escape to the Chateau: Dick Strawbridge carries a hot tub

Dick Strawbridge and Angel Adoree had just six weeks to build themselves a luxury camping site on Escape to the Chateau. Angel was determined to deliver a bespoke experience but her husband had his concerns over whether her ideas could be accomplished in time on the Channel 4 show. However, as Dick set out his plans for the project, he spoke out on what it’s like following through on his wife’s demands.

Explaining his plans, Dick pointed to his diagram and said: “The chateau is on the island surrounded by the moat.

“[We have] Jenny and Steve’s coach house [and] a bridge Steve and I have built to go around the corner.”

He then pointed to another section of his drawing and revealed: “That’s what Angela has chosen for our glamping area and the dome has got a bridge going to it.

“To make it nice she wants to have an ever bigger dome, we need to have showers, kitchen facilities.” 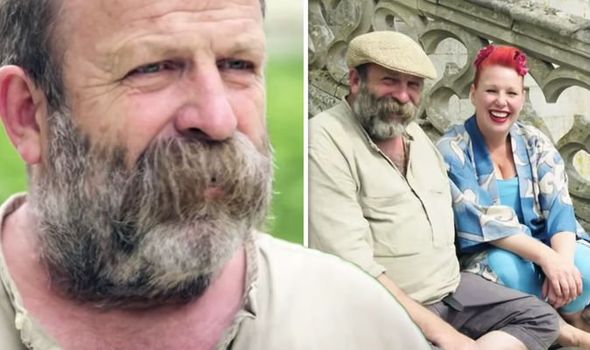 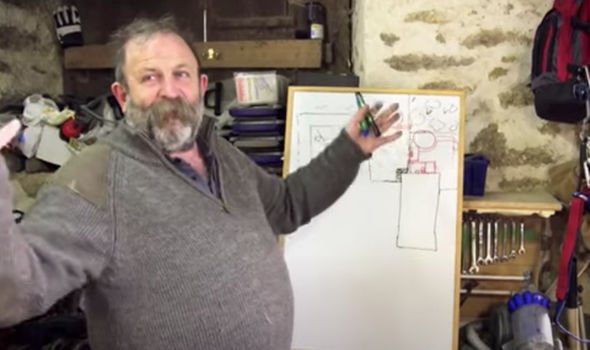 Dick explained they were “fabricating showers, sinks, toilets” over by the coach house.

“Angela wants us to build a whole big area for lounging around in the sunshine plus they’ll be a big barbecue pit in it to sit around,” Dick continued.

“Hot tub I’ve heard mentioned it’s a massive project. Sadly we’re doing all this at the time of year when it’s wet and boggy and dirty.” 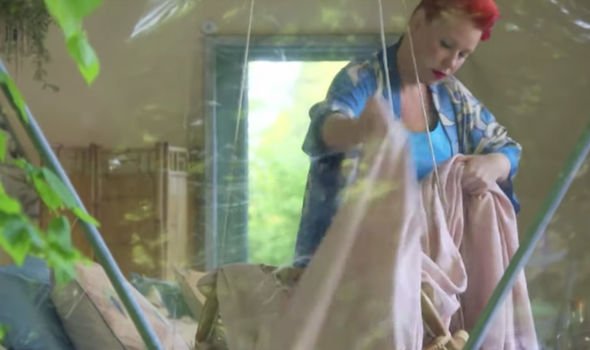 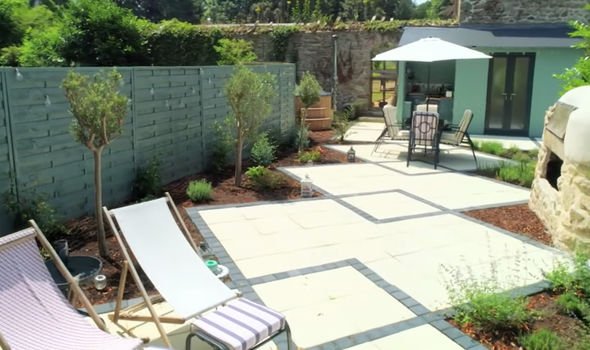 Just 24 hours before their first guest’s arrival, Dick was left assembling a barbecue while Angel organised the interiors.

Despite the nail-biting finish, the couple managed to build the luxury campsite on time.

The couple welcomed their first glamping guests who were impressed by the site and what it had to offer.

Dick and Angel created a site with a dome sleeping area with a luxurious double-bed and matching sofa.

The sleeping quarters also featured a basket-shaped hanging chair and views of the chateau grounds.

Dick was able to finish the barbecue and hot tub in time while guests also had a small kitchen and show facilities.

Sharing her thoughts on the project, Angel said: “I think it’s worked. I really love it.

“It’s light, it’s airy, it has bits of the chateau, it has [items] from the attic, it has had things that have been handmade.

“We’ve enjoyed doing this, I think we have. I’ll know in a months time when I can think clearly again.”

Dick commented: “I think they like it,” and Angel added: “You just don’t know how they’re going to receive it. You’ve got the day off tomorrow.”

“No I haven’t,” Dick quipped. “When she lies her ears wiggle. I can tell when she’s telling fibs.”

Escape to the Chateau is available to watch on All4.