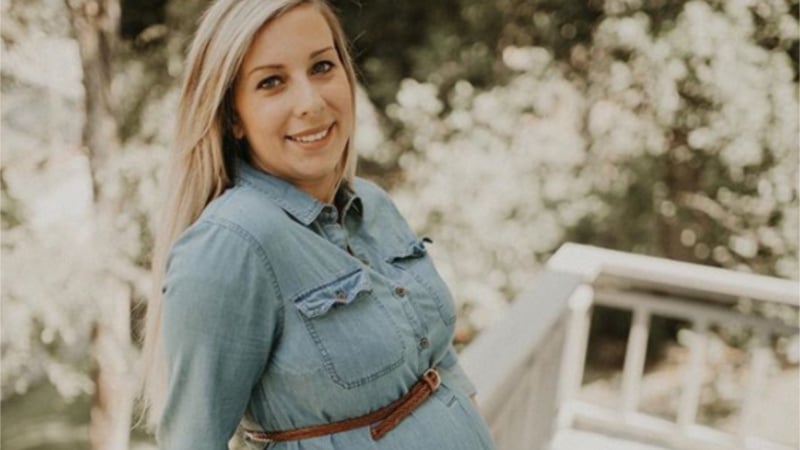 Mackenzie Standifer from Teen Mom OG has reportedly given birth to a little baby boy. Us Weekly is reporting that she gave birth to son Jagger this week and that Ryan Edwards’ mom confirmed the news with a simple tweet, where she wrote “Blessed!!”

Radar Online reports that Mackenzie was induced on October 8 and she gave birth on October 9 around midnight. The little guy reportedly weighed in at 7 pounds, 1 oz. No C-section was said to have been performed, and by all accounts it sounds like she had a smooth birth.

Ryan Edwards was reportedly not there for the birth of his son. He’s currently in Alabama in rehab while dealing with substance abuse issues, including heroin, something he has openly struggled with on Teen Mom OG.

However, Mackenzie did have Ryan’s parents there, Jen and Larry, and her own parents, Terran and Bobby.

Ryan Edwards was arrested in July of this year after being caught with heroin. He was released with a charge for simple possession. He eventually received a suspended sentence of 11 months and 29 days. He was also arrested back in March of this year for violating his probation terms from a previous heroin possession charge.

Even though Ryan has been in complete denial about his addiction, including to his wife Mackenzie Standifer while filming Teen Mom OG, it sounds like he finally agreed to get help.

On Teen Mom OG, Ryan didn’t seem too excited about the pregnancy, revealing Mackenzie was annoying and how he would leave her and then come back after the birth.

Standifer and Edwards revealed earlier this year that they would not be filming with MTV for this current season of the show. She claimed that MTV didn’t want to show Ryan’s journey as a recovering addict, but they did want to film her pregnancy and Jagger’s arrival, so the two decided to leave the show behind.