Doctor Who is full of mysterious and unanswered questions that usually need a lengthy explanation to fully understand the logic of the Whoniverse. While there is the occasional debate about non-earthlings, there’s one thing that many fans are together on.

And that’s the identity behind the Face of Boe.

Bound to a tank, the giant, highly intelligent floating head has often prompted questions about it’s past and how it got to where it is – but if we thought like that about every being we can across in Doctor Who we’d be here all night!

The Face of Boe was a recurring character during the Russell T Davies and Christopher Eccleston era, where Captain Jack Harkess was first introduced as the lovable Time Agent, who later got his own spin-off show Torchwood which ran for four seasons.

It was only during season 3 of the sci-fi franchise that it soon became apparent there was more to the Face of Boe than meets the eye. 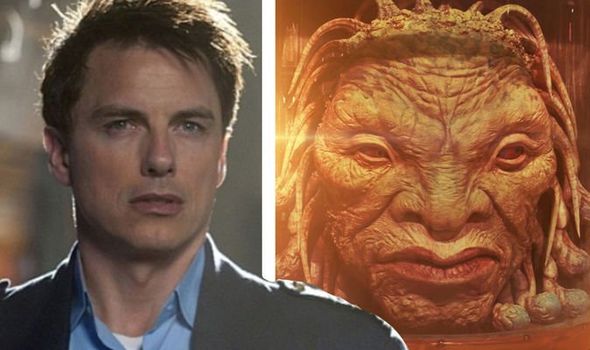 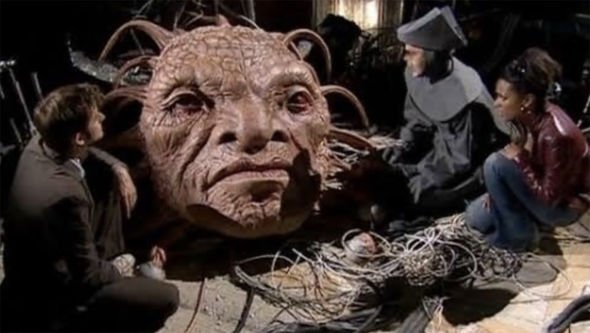 With an in-depth knowledge of the Doctor’s life, the giant head left much to the imagination as to how this could be.

It wasn’t until the end of the series when Jack casually mentioned that his old nickname used to be The Face of Boe, stemming from his birthplace in the Boeshane Peninsula.

It was then that the Doctor and sidekick Martha Jones (Freema Agyeman) realised it must be Jack from the future.

Fans will know that the Captain can’t die, ever since Rose resurrected him in season one after he was exterminated by a Dalek. 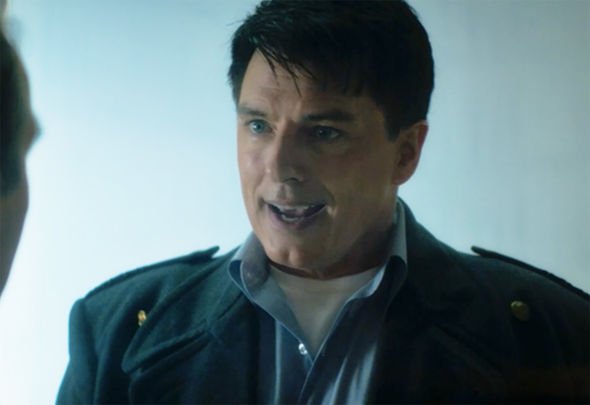 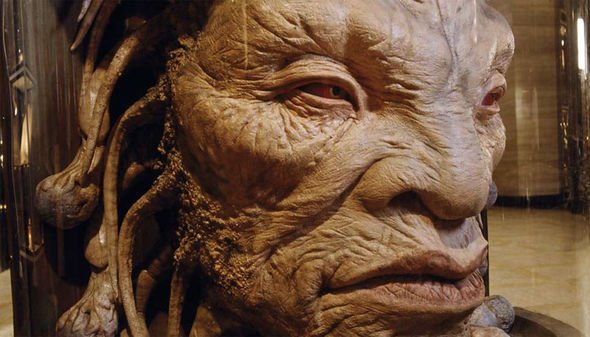 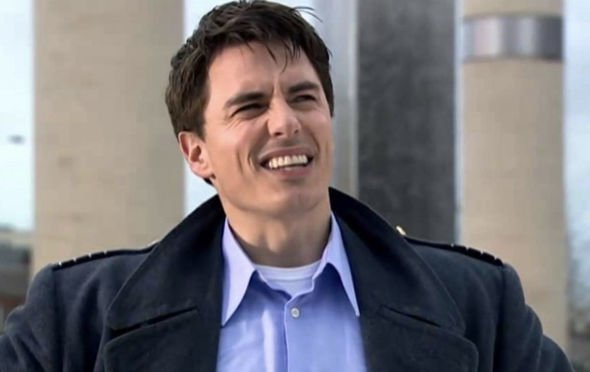 After Rose absorbs all the heart of the Tardis, her resurrection spell seemed to have had a more powerful effect on him than anyone could have predicted, and throughout the rest of his alien busting career he has escaped battles unscathed – a handy party trick to have in his line of work.

But this element could expose his identity as the Face of Boe.

Even the Doctor couldn’t foresee what would happen to Jack now he is immortal but still ageing just at a much slower rate to that of his fellow humanoids.

So what if he ages for billions upon billions of years gathering all sorts of information on the universe?

Could he begin to transform into one giant head of knowledge?

And like some Whovians have pointed out already, Jack’s heritage could mean the transformation is viable.

One of the oldest creatures in the universe, it would make sense that it’s what’s left of an ageing yet immortal soldier.

Weirdly though, the Face of Boe does eventually die – which begs the question whether it is Jack all over again.

But having left his human body and mutated into a moodier version of a himself as a higher power, it might have changed his frequency.

There’s been suggestions that he might have sued his physic abilities to transfer his power to the Tardis, therefore living on with the Doctor forever – but that’s a whole other story!

Doctor Who is available to watch on HBO Max.