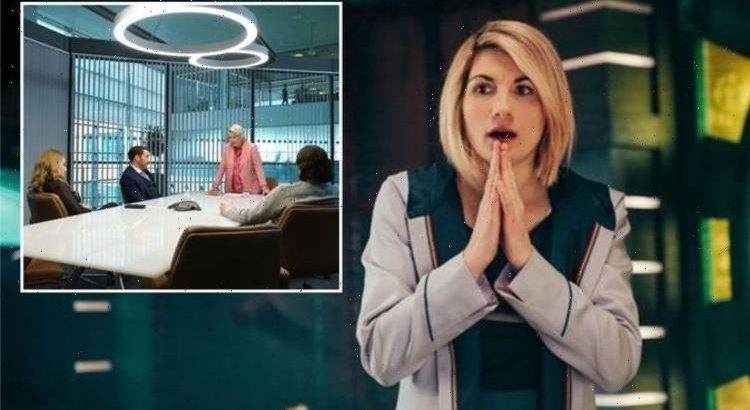 After three seasons of the long-running sci-fi drama, Jodie Whittaker has decided to step down from the iconic role of the Timelord. Since the announcement, Doctor Who fans have waited on the edge of their seats for the next occupier of the TARDIS to be revealed. According to Coral Hill bookmakers, the Huddersfield born actor could be replaced with a Rules of the Game star, the latest odds have shown.

Attracting interest in the betting is actor Rakhee Thakrar, who is known for portraying the role of Shabnam Masood in the long-running soap EastEnders.

According to Coral Bookmakers, the former soap star has impressive odds at 7/1, nudging her closer to becoming the time-travelling Doctor.

In 2019, she began portraying the role of Emily Sands in the Netflix series Sex Education, created by Laurie Nunn.

Speaking ahead of the audio series release back in 2017, the star said: ”Getting to voice the role of Bliss alongside the Doctor is an absolute dream.”

According to Digital Spy, she added: “She’s a character who I’d like to be more like; someone who puts aside her own fear to help others.”

The Shabnam Masood actor is set to star in BBC’s new hard-hitting thriller Rules of the Game, which will air on Tuesday night and features Maxine Peake.

Sam is rattled when she arrives at the office one day to find a body reception and begins to reflect on recent events at the company.

Rakhee plays the pivotal role of HR officer Maya, who begins to look through previous cases of misconduct and question the toxic work culture.

The reputable actor could have a good chance of becoming the 14th incarnation of the Doctor, but she isn’t the only big name in the bookies’ running.

It’s a Sin actor Lydia West is the bookies’ favourite in becoming the new owner of the sonic screwdriver.

Coral bookmakers have revealed the star’s odds are 3/1, attracting over 70 per cent of the bets in this market over the last 14 days.

A spokesperson for Coral bookmakers said: “Lydia West is proving a very popular choice in our betting to become the next Time Lord.

“She tops the betting to replace Jodie Whittaker in the iconic role.”

Even the former Timelord, Jodie, had high hopes for the Years and Years actor.

In an interview with BBC One, the 39-year-old performer said: “I’m going to pick an actress who I think is really exciting and I think would be phenomenal,

“An actress called Lydia West – if I had the power!”

While eager fans wait in anticipation, the big announcement could be just around the corner.

Rules of the Game airs Tuesday, January 11 on BBC One and BBC iPlayer at 9pm