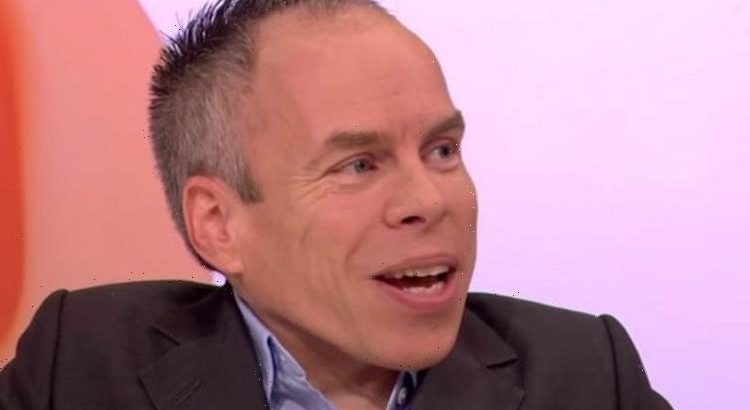 Davis is a much-loved actor and presenter, having fronted ITV game show Tenable since 2016. The show sees five contestants attempt to win up to £125,000 by filling in lists of 10 items. This year however the presenter has been absent from a number of the programme’s episodes with his co-star Sally Lindsay stepping in, and Warwick exclusively told Express.co.uk the reason.

He explained: “Sally stepped in and helped out now because I’m working on another project I can’t talk about at the moment.”

Having been active in the film industry since he was 11 Warwick is the highest grossing supporting actor of all time, predominantly due to his appearances in the Star Wars and Harry Potter franchises.

However the 51-year-old explained to the Loose Women panel in 2017 that doctors thought he would not live to see adulthood.

The show’s co-anchor Andrea McLean said: “When you were born your chances of survival past your teens didn’t look good.”

Warwick responded: “Yeah the prognosis wasn’t great for me.

“I was born in 1970 so medical science is not quite what it is today and I think on seeing a child as small as me and in the condition I was in it just puzzled doctors really.

“So yeah they gave me a pretty grim outlook ‒ I mean my parents, I don’t know how they would have coped with such a thing really.”

Warwick also defied the odds in a different way, after doctors believed he would be wheelchair bound for his entire life.

He coyly added: “Did I prove them wrong? Did I get lucky? What’s happened here?”

Warwick has a rare form of non-hereditary dwarfism that affects bone growth, but in some cases can also affect vision and hearing.

Explaining his condition, the actor known for playing Professor Flitwick in the Harry Potter film franchise, said: “The condition of dwarfism I have is called spondyloepiphyseal dysplasia congenita (SDC).

“It basically describes the formation of the ends of the bones in me and causes short stature, but there are other complications which go with that as well.

“Some people with SDC get more of those than others and I think I’ve been quite fortunate.”

Warwick, a huge Star Wars fan, appeared in Return of the Jedi aged 11, after his grandmother heard a radio advertisement calling for people who were under four feet to audition.

He was cast as an extra, playing an Ewok, however Kenny Baker, who was cast as the lead Ewok Wicket fell ill and director George Lucas chose Warwick to replace him.

The film was a smash hit and triggered the Surrey-born actor’s career.

Warwick stressed that his parents taught him to fend for himself and be independent despite his condition.

“I’m a firm believer in mind over matter ‒ if you keep positive and keep focused you can overcome a lot of physical pain and difficulty.”

Warwick added: “[My parents] made me get on with things and fend for myself a little bit.

“If I couldn’t reach something on a shelf in the house they would encourage me to have a go and get it myself.

“So it makes you very intuitive and resourceful so when you go into the world you learn to think about things in a different way.

“How you can solve it rather than asking for help and it makes you independent.”